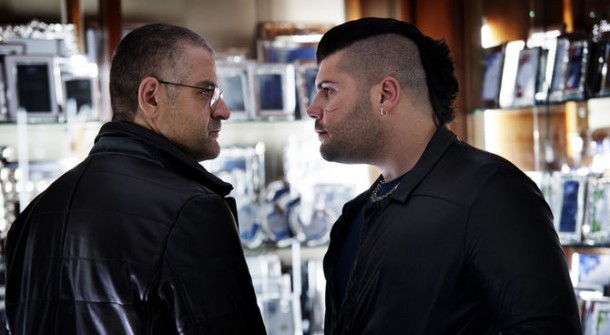 The Success of Gomorra is not over

Gomorra is a new trend of Italian community. At the beginning it was only a stunning book of Roberto Saviano, a Campania journalist who wrote about Camorra and its dangerous traffic. Then, it became a movie directed by Matteo Garrone and awarded at Cannes Festival. At the moment, this is a serial tv broadcasted by Sky Atlantic and very followed by international audience.

The 10th of May, the second season of Gomorra started. People who watched the first one know the plot is dedicated to struggle among two big camorristic families: Savastano and Conte. A great part of story is located in Scampia, showing shootings and dark trades. The artistic director is Stefano Sollima. He renewed the action movie that was very appreciated in the past.

Something special  happened the last year. Many young people learnt the slang of characters. But Roberto Saviano, writer accused to lie, is quiet: “if someone repeats dialogues of film, it means that mafia is defused”. Despite critical opinions, Gomorra is a thrilling movie with good actors such as Marco d’Amore, Salvatore Esposito, but also a commercial product saleable abroad.

In fact, the use of traditional advertising and video-promotion are huge. The result of this campaign made Gomorra mainstream. Grandparents without a Sky decoder are going to identify who said “du fritture, ce ripigliamm chill che è u nostr'”. The power of media is still undefeated.