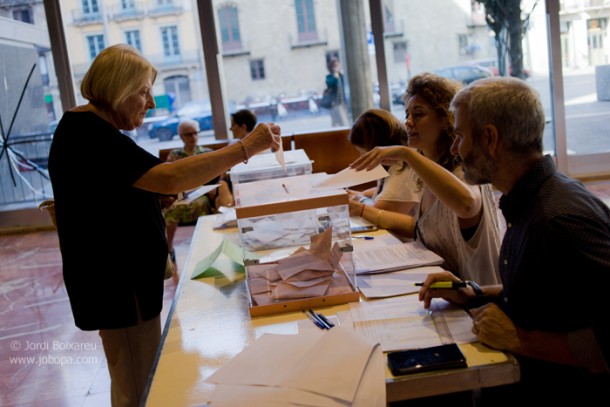 Women Get Their Foot in the Door of Spanish Politics

Spain has never had a woman president. Even in the last two elections in December and June, there was still no woman candidate for the prime minister position. Spain has traditionally been a very male-dominated society — it gave us the word “macho” after all— so any progress by women could be expected to be slow. However, the country has made advances with regards to gender diversity in politics, especially with MPs, thanks to legislation passed almost a decade ago by the then-ruling Socialist Party.

In 2007, Prime Minister José Luis Rodríguez Zapatero introduced a new law, known as the 40-percent rule, which stipulates that neither men nor women could make up 60 percent of electoral lists in local or national elections.

“I am not only an anti-machoist, I am a feminist,” Zapatero once said, as quoted in the British online newspaper, The Independent. “The most unfair domination is that of one half of humanity over the other. The more equality women will have, the more civilized and tolerant society will be.”

This result has seemed to be effective in reducing the male-dominated politics field in Spain. In recent years, the country has had a more and more diverse government body. As researchers at the Massachusetts Institute of Technology found, there was a 35 percent rise in the number of female candidates, as a result of the equality law.

“When you force a party to field more women, they gain votes,” said Albert Saiz, an MIT professor involved in the research, during an interview with MIT News.

It is noteworthy that the election results from December 2015, showed that a new record was made as 138 women MPs were part of the lower parliament, as opposed to 125 women after the 2011 general election.

Yet, Spaniards will have to be patient to see the actual effects of having more women in government as both the December and June elections were inconclusive, and thus there is still no party with a clear mandate.

Despite the instability in government, Spain has continued doing well in national rankings in terms of gender diversity. According to data gathered by the Inter-Parliamentary Union as of June 1, Spain ranked third among European countries, following Sweden and Finland, and 14th worldwide, with a 40 percent female presence in the lower house.

A notable entry into the Spanish political arena was Rita Bosaho of Alicante, the first black MP in the history of Spain, who was a member of the left party Podemos. Despite her being elected and the statistics showing more women in parliament, Bosaho still makes a case about the lack of racial diversity and inclusivity in Spanish politics.

“Why is it so striking that a black woman could end up in parliament?” Bosaho told the British daily, The Guardian. “What does that say about us all being integrated?”

Several Spaniards have shown support for Bosaho’s fight for equality and applaud her presence in the government.

“I’m so proud to see a woman, an African woman, no less, representing us in parliament,” said Patricia Villalba, an unemployed 58-year-old woman, during an interview with Deutsche Welle, Germany’s international broadcaster.

After all, as Saiz added, the research at MIT showed that voters are not to blame for the rare showing of women candidates in many countries.

“It’s about internal dynamics of the parties,” Saiz told MIT News. “There’s some elbowing out going on that leaves women behind.”

Yet, despite the challenges, Spanish women are making advances not only in national, but also in local governments. Madrid mayor Manuela Carmena emphasized the importance of women’s culture, during an interview with El Pais, Spain’s newspaper of reference, and added that female presence in higher positions of power could have resolved the current instability in government.

“If there had been women at the helm of Spain’s parties after the December 20 election, we would have had an agreement,” Carmena said.