The Alhambra Palace, Summer is Coming.

Game of Thrones has thrown a dragon-sized spotlight onto the landscape, people & architecture of Andalusia. Importantly, this is a region in southern Spain struck particularly hard by the financial crisis of the last few years. It is estimated that at least 4000 temporary jobs have been created in Andalusia as a result of filming during the last two years.

Significantly, Spain has a long and proud architectural history, especially in Andalusia. Therefore the filming of this world-renowned series has only highlighted the iconic architecture of this region. Much of the series’ greatest moments are to be found in Andalusia. However, some locations are yet to be used, in this article, one must examine the most famous example of an unused but perfect shooting location, the Alhambra Palace.

Located in the city of Granada, the Alhambra palace has played host to hundreds of years of war and strife, thankfully never involving dragons. For fans of the show who truly want to tread in the footsteps of Daenerys Targaryen and Tyrion Lannister, they ought to look no further than this ancient Moorish palace which is steeped in blood, fire and history. 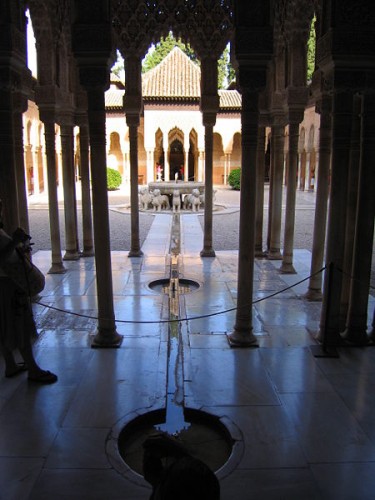 A History of Blood

The Palace has a very famous history. Completed in 1353 under the reign of Yusuf  I when the Moors ruled the Iberian peninsula, it remained in Muslim hands until the Spanish Reconquista of 1492. The Christian kings, including the Hapsburg Emperor Charles V, occupied the palace as both a retreat and military fortification. Despite this heritage, the palace fell into neglect until after the Napoleonic wars in which it underwent a renaissance in the early 18th-19th centuries. 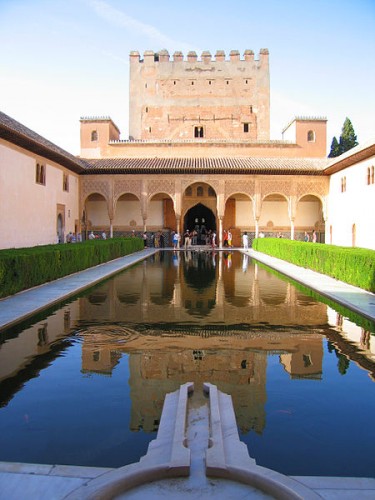 Much like the palaces of Dorne on the TV show, the interior of this Nasrid (Moorish) palace contains tinkling fountains, quiet courtyards and panoramic views of the surrounding region. Wandering through the marble-clad hallways and underneath the honeycombed ceiling of the Hall of the Abencerrajes, one could truly be in a great Westeros house.

Additionally, whilst justice may be an elusive prospect for some of the characters in Game of Thrones, the aptly named Puerta de la Justicia in the Alhambra is another architectural marvel which would blend seamlessly into an episode. The colossal horseshoe archway was primarily used as an informal court of justice and judgment. Indeed, it is not difficult to imagine trials by combat being played out under the watchful eye of its Hand of Fatima.

Furthermore, if the court intrigue of the TV series beguiles you then look no further than the Salón de Los Embajadores in which visiting dignitaries would appeal to the monarchs, emirs, and sultans. This hall not only offers a panoramic view of the surrounding plains and snow-capped mountains but it is also a site of great historical significance. For instance, this is where Christopher Columbus petitioned Isabel & Ferdinand to sail westward much like Daenerys Targaryen herself. 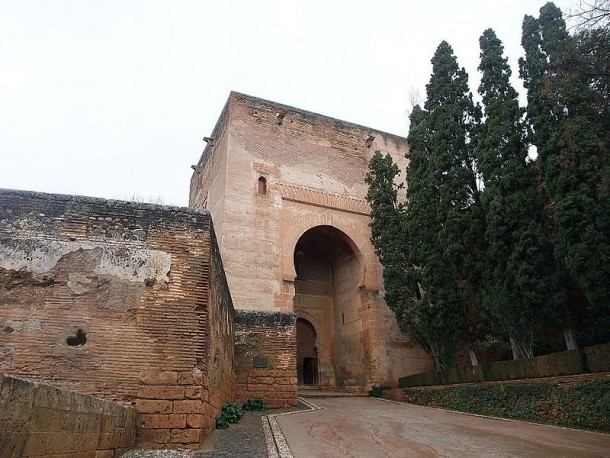 Undeniably, the Alhambra has a long and vibrant cultural significance. Consequently, much has been written of the Alhambra palace. It has been referenced in Salman Rushdie’s The Moor’s Last Sigh and Paulo Coehlo’s The Alchemist. Supplementing this further, M.C Escher’s Tesselation and his ‘regular divisions of the plain’ is inspired by the perfect symmetry of its tiles which are so well-designed that 17 mathematical wallpapers can be created from it.

Moreover, with summer visitors peaking at over 6000 visitors per day, the Alhambra stands as a monument to a bygone era. The blending of Moorish Almoravid  geometry with Christian post-Reconquista crosses means it’s a place of spiritual connection for both Christians and Muslims.

Additionally, the red-hued exterior belies an even quieter interior, the gardens offering both a stunning vista of the Sierra Nevada and the city itself. Particularly, the rose gold hue of the brick illuminates a network of pools, fountains, pathways, patios, tall trees and a diverse arrangement of wildflowers which all underpin the most important point of the Alhambra.

It is the sole remaining Muslim fortress/palace in Europe preserved at this level and is an indication of the cultural legacy of Andalusia. Game of Thrones is renowned for its spectacle and there is no place more spectacular. With other architectural sites such as the Alcazar of Seville used in the series so far, it would not be a great leap to imagine the Alhambra serving as a perfect locale for plotting & murder in the future.

Undeniably, this is a monument to Andalusia’s place in global architecture. The Alhambra is a fortress, palace, and oasis of culture and history. One could easily imagine dragons perched on its ancient stone walls.