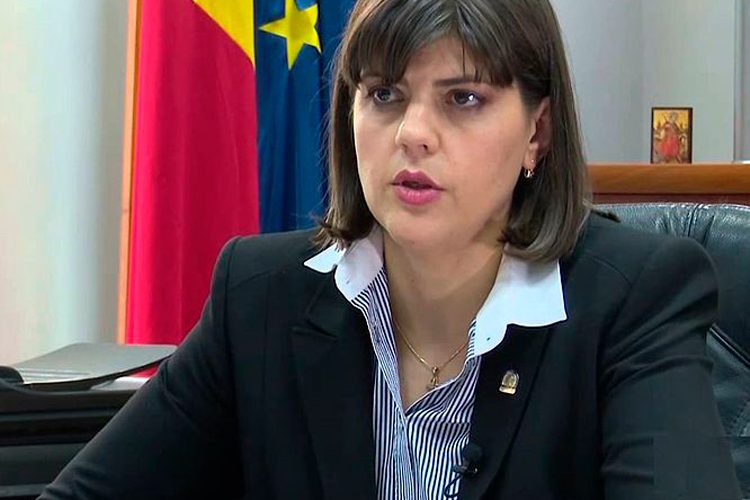 Romanian Anti-Corruption Head At Risk of Losing Her Ph.D.

The chief prosecutor of the National Anti-corruption Directorate (DNA) Codruta Kovesi is once again targeted for plagiarism of her Ph.D. work with her alleged implication in the cover-up of the allegation. According to the estimates of iThenticate, which is the plagiarism detection software used by the Ministry of Education, she has copied large sections of other people’s copyrighted works, the Political Investigations Group showed on Monday in a new attempt to support the accusation.

Media tycoon and parliamentary Sebastian Ghita denounced himself last Tuesday in front of prosecutors for his role in rigging, along with other officials, the plagiarism report in favour of Kovesi. She received her Ph. D. title in 2011 for the three-year-long research paper in criminal law. Codruta Kovesi rejected the fresh accusation of plagiarism by a press release late on the same day.

Member of the Chamber of Deputies, which is the lower house in Romania’s bicameral parliament, and member of the  parliamentary Romanian Intelligence Service (SRI) Control Commission, Sebastian Ghita explained last Tuesday after he left General Prosecutor’s Office the reason why he had helped his close friend Codruta Kovesi. Ghita said he had believed she was doing her job the best for Romania’s interest but he had changed his mind after becoming defendant and he has felt that it was time for truth. According to the recently modified legislation the self-denunciation is free of charges. Ghita is accused of fiscal evasion, money laundering and bribing voters, to name a few of the crimes.

Speaking to Bucharest-based broadcasters last Tuesday, MP Sebastian Ghita turned back to 2012 when the Political Investigations Group filed an ethics complaint against Codruta Kovesi and brought to light how he and other unnamed masterminds were immediately brewed a plan to clear anti-corruption head of accusation. Officially, the thesis was reviewed by the referees who rejected plagiarism. Four years later, Ghita made mea culpa revealing that the Ethics Committee of the Ministry of Education responsible for hearing the case of Kovesi had never met as the law required. Moreover, the disclosures of the scenario staged by high-ranking officials unveiled the committee’s outcome had been edited in the “lab” of the Romanian Government by an unnamed person and then it was swept across the country towards the panel. It is unclear whether all eleven members have signed off on the report. By the denouncer’s account, Codruta Kovesi was aware of their actions. Later in the evening, Ghita amended his prior statements saying Kovesi wasn’t believed in plagiarism but rather she could have been afraid of a political set-up. Anyway, Romanian anti-corruption head had allegedly given the OK for fixing the accusation of plagiarism, the politician also confessed.

In the midst of the scandal, Romania’s former president Traian Basescu said last Tuesday he learned through unofficial sources in 2014 these facts were committed but he wasn’t provided with proofs. The former president accused first-deputy director of SRI Florian Coldea of giving orders to Sebastian Ghita to solve the allegation against Kovesi, at a time when the last three were close friends. Furthermore, Basescu pointed finger at ex-PM Victor Ponta among those involved. Basescu added that Codruta Kovesi this year has threatened an official with arrests by a secure phone line in case of resuming verification of her thesis. Giving comments on the subject to a Romanian TV channel, former minister of Education Liviu Pop said the Ethics Committee had been dismissed. Ex-president’s war on words with Codruta Kovesi has long made the headlines for her alleged unprofessional conduct relating to the legal cases against him and his family after leaving his office.