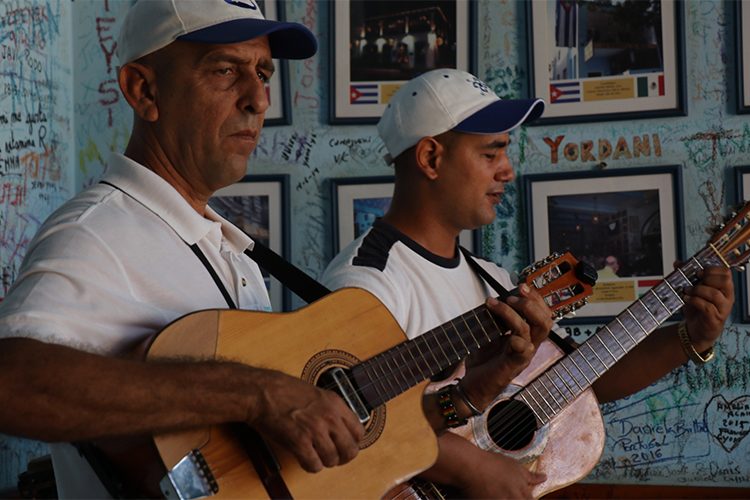 A Taste of Trinidad, Cuba

Gabriela MilianJanuary 24, 2017
CubaTravel0 Comments 2
The following article is published in the #RGNNCuba Magazine: Vol. I, Winter 2017, produced during ROOSTERGNN Academy’s first Travel Journalism & Photography Internship Seminar in Havana and Trinidad, Cuba, under the editorial direction of RGNN Expert and Mentor Benjamin Jones. Follow #RGNNCuba for all of our Cuba coverage.

The colorful colonial buildings along the streets of Trinidad are enough to stimulate the mind and soul. Walking through this town on the south central coast of Cuba for hours and absorbing the sights and sounds around you are enough to also stimulate your appetite. A city like Trinidad that has been influenced by so many cultures offers cuisine for every palate.

While strolling near the city’s central Plaza Mayor I was drawn by two musicians tuning up their guitars in what I thought was simply a bar. A waiter greeted me warmly as he explained to me why the sky blue walls were covered in crayon writing; which were only celebrity signatures at first and then any customer who wanted to leave their mark joined in.

“We are well-known as the ‘Casa de Mojito’ here in Trinidad,” said proudly José Ricardo Castellano Muñoz, 32, and who has been the bar manager at La Bodeguita del Medio for three years.

As Muñoz passed me my order of ajiaco trinitario, a beef broth-based soup with corn and peas local to Trinidad for 2.50 CUC (or $2.50 at the rate of $1 to 1 CUC) he explained to me that this restaurant was a part of the Palmares enterprise that controls all government restaurants outside of hotels in Cuba. 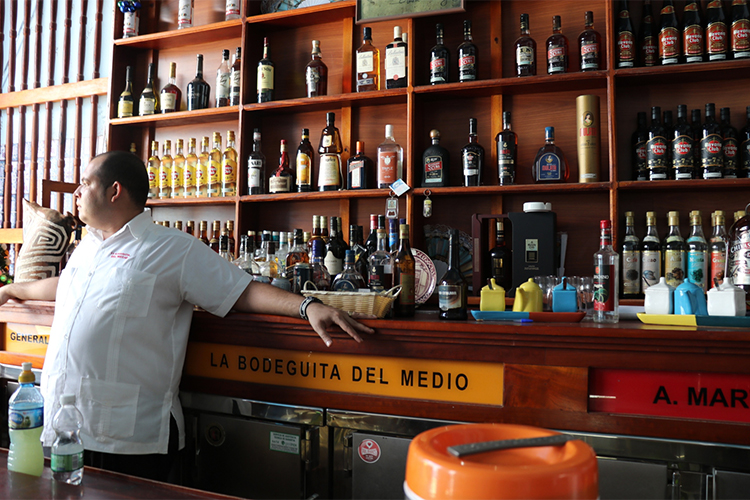 The benefit for tourists dining at a restaurant that is government-run is that the prices are cheaper, and the benefit for Cubans lucky enough to work in one is receiving a fixed-income throughout the year even when revenue falls during tourism’s low season when visitors avoid Cuba’s stifling summer temperatures.

Restaurants in Cuba have had an ever-evolving history that mirrors the country’s geopolitical fortunes. Unlike many other countries private businesses have only been allowed after 1993, when the Soviet Union, the country’s main patron, collapsed, leading to the beginning of what Cubans refer to as “The Special Period” when the economy went into free fall.

With a lack of resources from their former ally, Cubans had to become thrifty in how they provided for themselves, and how they fed the tourists coming in.

Private restaurants or paladares were first allowed ten years ago, and have now taken over the majority of the dining scene in Trinidad. Even though there are fewer government-operated restaurants, knowing the difference between them and paladares can help tourists truly enjoy themselves by providing more choices in where they eat.

Seeing a line outside of the entrance of a restaurant is always a good sign, and this one just happened to be a paladar. The dimly lit rustic décor and specific placement of pictures with classic cars around the room already showed me that this restaurant could build a following based on the relaxing ambience alone.

Restaurante San José is a place that attracts tourists with a bit of everything. Cocktails, soups, fish, meat, pizzas, and sandwiches fill the menu. With so many dishes native and unfamiliar to Trinidad it can be difficult not to pick a dish within your comfort zone.

All of the options were too much for me to consume, so I asked the waitress what entrée is their signature dish and she replied, “langosta termidor” ($15 CUC). A lobster tail shell used as a boat for the cream sauce was presented to me with pre-cut lobster chunks the size of golf balls swimming in the sauce. On the side I chose tostones, fried plantain, and malanga con mojo, a starchy vegetable found only in the Caribbean cooked softer than a potato in garlic sauce. 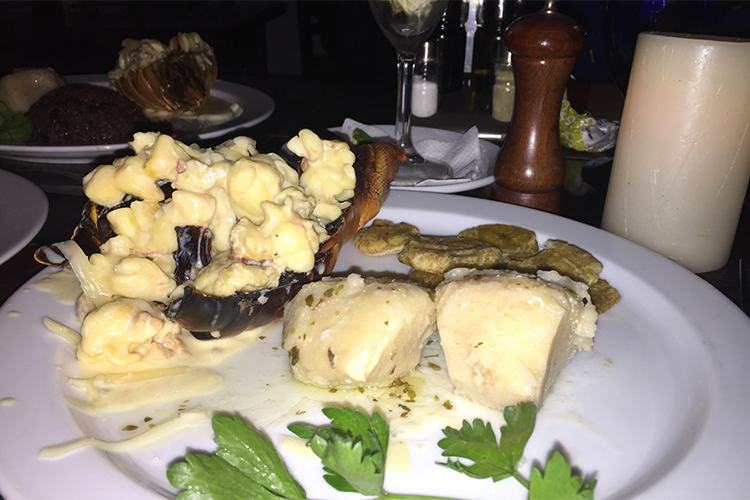 If you want to stay closer to Parque Céspedes, the city’s main central plaza, you can experience a paladar with no wait. The outdoor patio is nestled just enough off the street to catch a nice breeze in the tropical climate. Rifat is the name and it offers many options for a higher price being closer to the tourist district, but the setting is more casual than Restaurante San José.

I decided to go with the typical Cuban dish of ropa vieja, shredded skirt steak in a light tomato sauce. The portions were just enough to satisfy my hunger from a long hot day of walking, but not too much where I needed to be rolled out of the restaurant. Quick, convenient, and tasty is the name of Rifat’s game.

For tourists with a simple palate who don’t want to break the bank they will need to make a trip back towards the Plaza Mayor. On the corner of Boca Piro Guinart and Real Del Jigüe Ruben Martínez is a large blue and white ceramic mural with yellow accents. 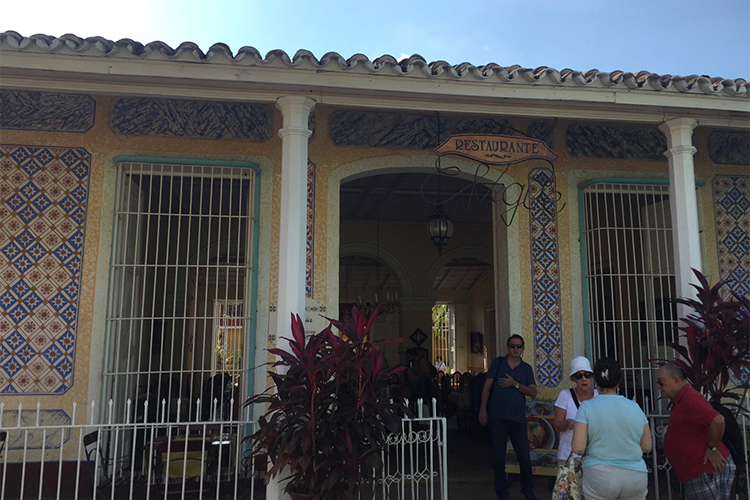 El Jigüe Restaurante is one of the larger restaurants in Trinidad run by the government, and filled with tourists. Pasta lovers will enjoy the pollo al jigüe, the signature dish of chicken with melted cheese on a large bed of spaghetti in tomato sauce. The location on the corner with large surrounding windows keeps fresh air moving through, and the continuous music playing by two guitarists and a singer reminds you that you are in Cuba.

Whether at a privately operated paladar or state-run restaurant, this colonial city will be sure to give you a window into the culinary culture of Trinidad through their unique offerings.