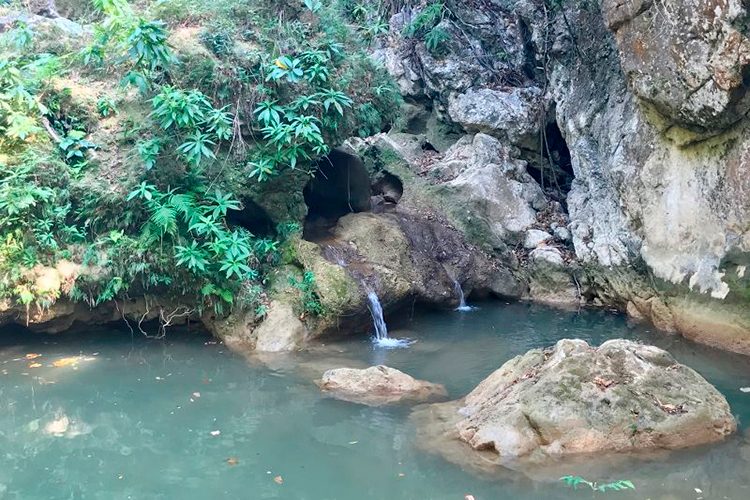 Hiking a Piece of Cuban History

Leah HodgsonJanuary 26, 2017
CubaTravel0 Comments 1
The following article is published in the #RGNNCuba Magazine: Vol. I, Winter 2017, produced during ROOSTERGNN Academy’s first Travel Journalism & Photography Internship Seminar in Havana and Trinidad, Cuba, under the editorial direction of RGNN Expert and Mentor Benjamin Jones. Follow #RGNNCuba for all of our Cuba coverage.

As we approached the Spanish-tiled archway, looming before a row of monstrous Soviet trucks offset by a modest vegetable garden, it became clear that the 90 minutes spent navigating the winding unkept cobblestone and dirt paths in the blistering heat had not brought us to the end of our journey, but only to the beginning of our trek up the Escambray Mountains in the southern Cuban province of Sancti Spiritus.

Led by our guide, a local from the region (a requirement to enter the trail as independent access to foreigners is not permitted), a silence fell over our group as we took in the sight of what appeared to be a once bustling neighborhood at the center of a long-past agricultural boom, and now stands as a row of empty homes, only a few of which revealed any evidence of inhabitance over the past 50 years.

The excursion offered not only the sights and sounds of an otherwise secluded area for a group of travelers eager to explore an unfamiliar country, but also carried the weight of a rich but rugged history of a community plagued by a bitter conflict recently enough for some residents to recall the events firsthand.

We were hiking the range that hugs the coastal city of Trinidad, following the same trail revolutionay hero Ernesto “Che” Guevara traveled to seize the mountains from a U.S.-backed guerrilla army, or “bandidos” as they are referred to by the Cuban government, who refused to submit to the Soviet-supported 1959 revolution without a fight. 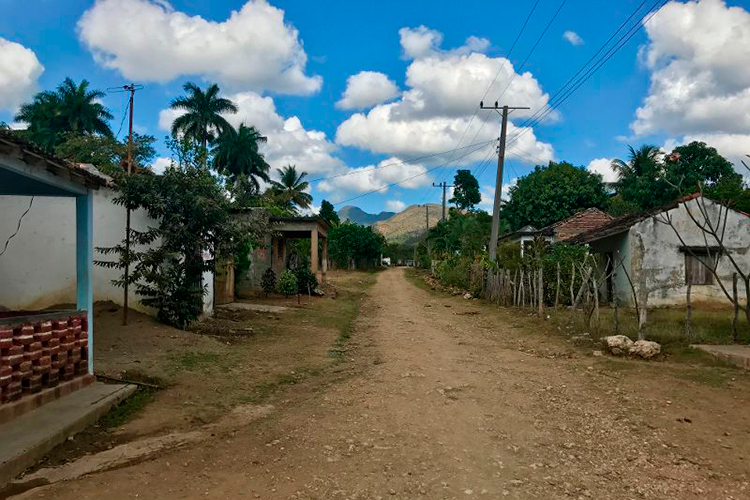 Making our way through the jungle under the persistent Caribbean sun would have presented a challenge on its own, but with the additional obstacle course of horse manure along vanishing remnants of where there once stood a trail forced us to eventually continue forward, as if walking a tightrope, along the exposed U.S. Pipe Co. pipeline, first put in place to supply water throughout the mountainside in 1917.

After nearly 10 kilometers, we arrived to find a sequence of small waterfalls feeding into turquoise-tinted natural springs, the largest of which I submerged myself in before I even had a chance to wipe the sweat from my eyes.

The natural rest point is situated just before a lush, colorful cliffside that brought us to a rustic water spout, not far from what appeared as a random spot between the trees, but led to what was left of the last coffee plantation to survive the government mandate to vacate the area as it took over, as well as the rebel fight for the land that ultimately turned into an occupation itself.

Within an hour, our guide advised us that we had to begin down the mountain if we hoped to make it to the bottom and back to the official road before dark with time for a special detour. Racing the setting sun, we veered off the trail where the rich vegetation of the jungle is briefly interrupted by a sea of sugar cane, just before revealing an open field that would serve as the final hill before our last stop.

Nestled in the forest there is a dilapidated house that, if you can brave the aisles of bee hives guarding the inner entrance, brings you to Nico and Nana, fourth generation farmers with a personal connection to the war, eager to serve their guests locally picked, freshly-brewed coffee accompanied by their recollection of events.

“The bandits would come in the houses when they needed food or somewhere to stay,” Nico recalled, “if you didn’t give them what they asked for, they would kill you.” Only seven years old at the time that the fighting began, Nico was hesitant to provide too much information, wary about blending his own memories with those passed on by his family members who were more involved.

Nana was less shy, chiming in to tell us of several horror stories in which the government took farmers from Escambray and sent them to Camagüey only to kill them, if the rebels had not murdered them first.

“Two of my uncles were shot right in the head by the bad guys: the bullets didn’t kill them” she explained in Spanish, using her hands to act out what she was describing. As I was unsure which side exactly she meant by “the bad guys”, she clarified my confusion by saying:  “They were the same”. 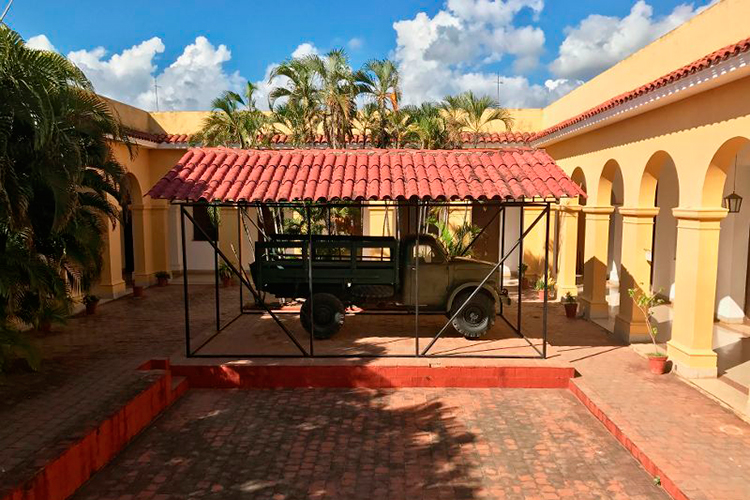 Those interested in further information surrounding the fight for the mountains should consider visiting el Museo de la Lucha Contra Bandidos (Museum of the Struggle Against Bandits) while in Trinidad, located only two blocks from the touristy Plaza Mayor.

Housed in the city’s iconic yellow dome-shaped bell tower, the museum offers a four-room archive of artifacts, maps, and photographs documenting the five-year-long armed conflict in the mountains, with displays including a Soviet military truck, a rebel gunboat, weapons used by both sides in the war, as well as personal belongings of the officers and soldiers.