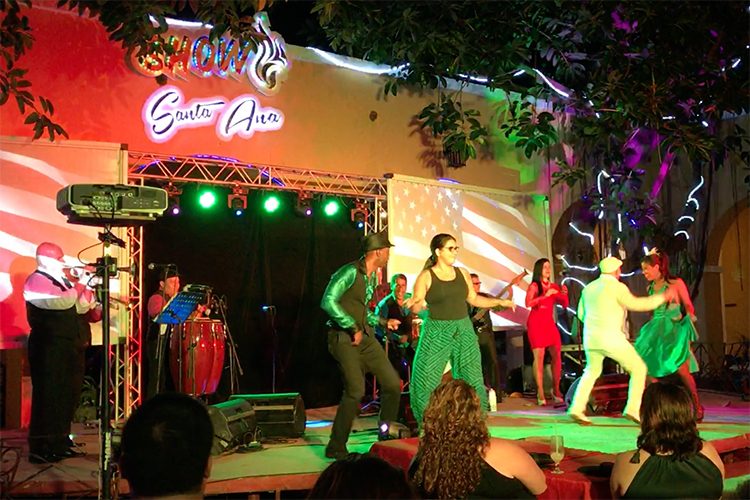 María Schehrazada Parro ToméFebruary 1, 2017
CubaTravel0 Comments 0
The following article is published in the #RGNNCuba Magazine: Vol. I, Winter 2017, produced during ROOSTERGNN Academy’s first Travel Journalism & Photography Internship Seminar in Havana and Trinidad, Cuba, under the editorial direction of RGNN Expert and Mentor Benjamin Jones. Follow #RGNNCuba for all of our Cuba coverage.

I summoned up all my courage and crossed the dance floor to reach the Cuban boy who was dancing salsa in the corner of the club, turning the heads of the tourists and even locals who were marvelled by his dancing steps. “Bailamos?” (“Shall we dance?”) I asked, and in less time than you can say Cuba Libre, I was spinning and trying to remember my recently-acquired basic salsa moves.

All I could see of my magnificant dance partner was his red t-shirt, as he was so tall I could hardly see his face. Instead, all I could see was feet, which kept moving in perfect synchronization with the song and his big, white smile that gave me the confidence I was doing great. He was way better than I thought and I was way worse than I imagined. I realized the salsa class I took the day before wasn’t enough to dance with a local, or actually, anyone who wasn’t the salsa teacher, and if it wasn’t because I chose the best dancer I would have made a fool of myself, my moves were just too basic.

It had all started three days before when I arrived in Trinidad, Cuba, after five hours in a crowded bus from Havana. That morning, while walking through the Parque de los Céspedes, which is the city’s main plaza, I kept hearing Cuban music, sparking a desire to finally learn how to at least adequately comport myself on the dance floor, which led me to the nightclub called La Cueva, or The Cave, trying to dance one of the most popular Cuban rythms. 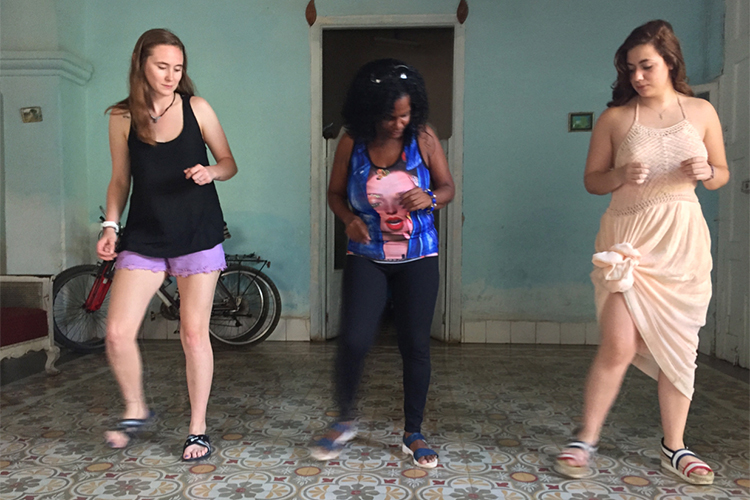 Less than 24 hours earlier, I was with a group of friends trying not to laugh at how bad we all danced. The teacher was patient with us and kept repeating the same basic moves at least five times as we just couldn’t get them. We could say we were the worst dancers from our countries, we kept stepping on each other’s feet and couldn’t synchronize the first 45 minutes of class. When the class started we didn’t want to be there and when it ended, we didn’t want to leave. Dancing salsa or to any Cuban rhythm makes you forget about your problems and just focus on moving your hands and your feet at the same time. It makes you genuinely happy.

Even though salsa was not created in Cuba, the main influence on this music and its roots are actually from this country as salsa started as a subgenre of son, which is one of the traditional styles of music from this island. For this reason, salsa is considered one of the staples of Cuban music and the great Arsenio Rodríguez the father of Cuban salsa.

I was fortunate to speak to Roland Carús, a famous Cuban musician, about traditional Cuban music and he was able to explain the history and different elements of its wide range.

The earliest type of Cuban music that has survived to this day is rural music or campesina, which people sang while working on their farms, Carús explained. Although it became famous beyond its surroundings, it didn’t last long. One can still hear it in the countryside and is defined by having two or three instruments and improvised lyrics.

Son, one of the most important tradicional Cuban music genres and father of many other types of music like salsa and dansón, is considered the national dance and at the same time father of the chachachá and the mambo. Son was at first a mix of European and African music, but has evolved throughout the years spawning new subgenres. 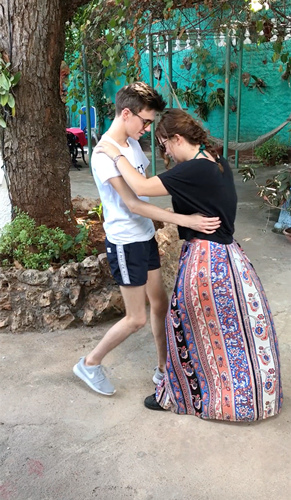 The author (right) continues to practice her salsa skills | ROOSTERGNN

Although dansón is more complicated than son, they have in common the cheerful lyrics (but not improvised) accompanied by an orchestra of instruments like the Cuban guitar, or tres, the Cuban double bass and maracas. Beny Moré is considered one of the best son artists, and is honored in his hometown of Cienfuegos with a statue.

Rumba was brought to Cuba in the 19th Century by the African slaves and the combination of drums, cajones (the name for the different instrumental boxes) and palitos (wooden sticks) makes this type of music one of the most liked Cuban rhythms.

Although hard to define, canción is culturally one of the most important genres of Cuban music. And is known for its lyrics about profound subjects. Pablo Milanés is considered one the best Cubans songwritters of this genre, and his song, Yolanda, makes you understand the difference between canción and other styles.

Cuban music is easy to experience as almost any bar, restaurant or nightclub in the country features tunes from one or all of the different genres. In Trinidad for example, for 1 CUC (the equivalent of $1US) you can enter the Afro-Cuban world while drinking a mojito in such nightclubs as Casa de la Trova, Casa de la Música, and the Santa Ana, which regularly features a Las Vegas-style show with some musicians from the famed Buena Vista Social Club generation.

And also, of course, at La Cueva, where my partner and I danced the night away and I managed not to trod on his toes, thoroughly enjoying a true Cuban experience.