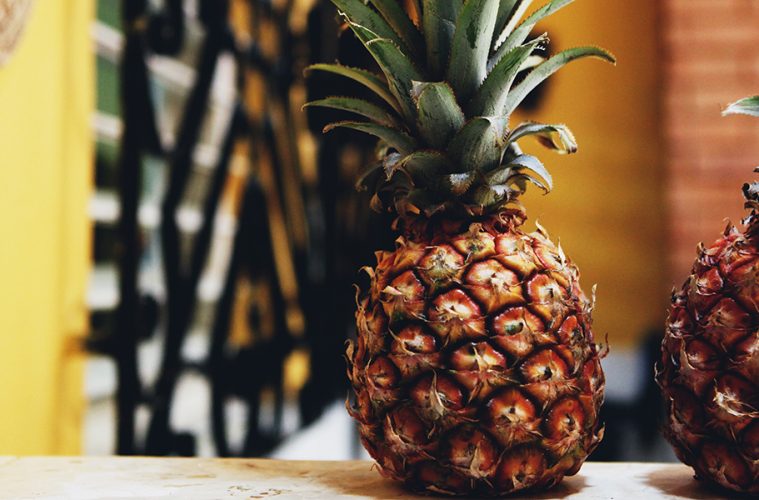 A Gringo’s Guide to Cuban Fruit

Hans BirhanzelAugust 8, 2017
CubaTravel0 Comments 0
The following article is published in the #RGNNCuba Magazine: Vol. II, Summer 2017, produced during ROOSTERGNN Academy’s Travel Journalism & Photography Internship Seminar in Havana and Trinidad, Cuba, under the editorial direction of RGNN Expert and Mentor Benjamin Jones. Follow #RGNNCuba for all of our Cuba coverage.

Now that the closest Caribbean island has opened up for American travelers, many are pouring in to the tropical destination and are keen to try all the foods that have been inaccessible to them for so long. Lots has changed in the palette and nutritional standards for Americans since the 1950s, most importantly; fried food has been labeled as unhealthy and there is a general movement towards the consumption of non-processed or “clean” foods. The best non-processed, tastiest, and most abundant food available in Cuba is none other than fruit.

Cuba’s variety of fruit far exceeds anything of the typical North American continent’s native fruit, such as apples, citrus fruits, and bananas. In fact, the tropical fruit traditionally recognized as being exotic such as pineapples and dragon fruit are but a fraction of what Cuba has to offer herbivores and omnivores alike.

All of the fruits I found can be purchased at corner side fruit carts for 1-3 CUC (around $1-3) depending on the size and rarity. In this article I’ll present my adventures through the fruit stands in Cuba, how to identify the fruit and its ripeness and the best way to consume each of them. 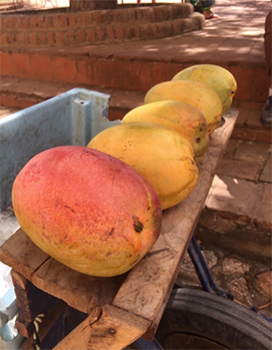 A Mango Seniora and a row of Mango Manzanos. | Hans Birhanzel

It’s no surprise that the most popular fruit in the world is also at the top of my list for travelers in Cuba. Not only does Cuba have some of the freshest mangos available to the American consumer, but without a doubt the most variety. For example, the largest mangos are known as the Mango Seniora, reaching the size of a melon and recommended to be shared. The most succulent and tasty mangos are known as the Mango Reina.. These two types are the most commonly found at fruit stands; but also available for those willing to look harder are the Mango Compota, Mango Manzano and the Mango Biscochuelo.

All of these varieties still have the general characteristics of a common mango, with distinctions in the taste similar to the different types of apples in the U.S. These fruits can be found at almost any street corner and can be identified as ripe by a soft but not mushy skin. Mangos are also enjoyed in ice cream, juices, and cocktails, with mango jelly being the most favored way by Cubans to consume it outside of the fruit itself.

Known by Cubans as the “Guayaba”, the guava quickly became my new favorite fruit due to its freshness, availability on the island, unique texture, taste and color. I would recommend guava-flavored ice cream first, then juice and eventually the fruit itself. The fruit can be a little off putting to first timers, due to its seeds and foreign texture. Ripe guavas are characterized by firm and bright green exterior on the small ball-shaped body. 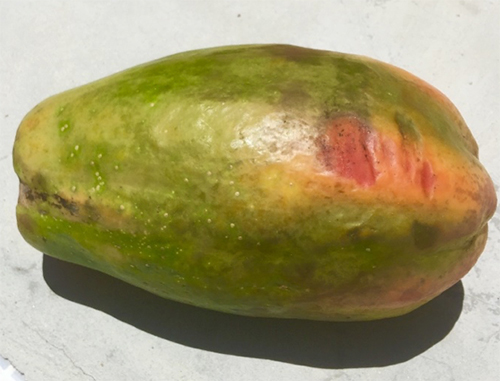 A ripe papaya fresh from the fruit cart. | Hans Birhanzel

Called the “Frutabomba” by locals due to its bomb-shaped appearance, the papaya is another one of the staples of the Cuban fruit diet. Papaya is commonly found as a side dish at almost every breakfast table, and is easy to identify by its bright red orange color. While the pungent taste may take some getting used to, the benefits of consuming papaya while on vacation can’t be overstated. Papaya is a great source of fiber and aids in stomach digestion, which makes it a great supplement to those Americans enduring the all too common vacation stomach pains. Ripe papayas will be bright red, yellow and green on the exterior, firm on the outside and fragile on the inside. 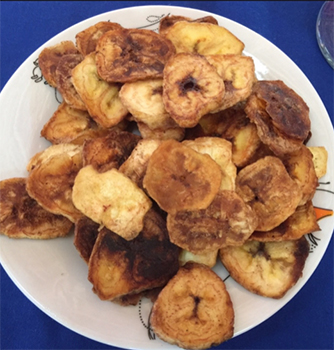 The plantain is to the Cubans as the potato is to the Irish. While these green and freakishly large banana shaped fruits are a bit boring to be consumed on their own, the appeal of this fruit is in the myriad of different preparations. One of the most commonly consumed preparations of the plantain is fried and served in chip form, a tropical alternative to those craving the American junk food. The most enjoyable way I had plantains was “stuffed plantains”, cut and shaped into small cups, fried and filled with diced ham and cheese. You can find stuffed plantains and plantain chips at any long napkin sit down restaurant in Cuba on the appetizer menu. 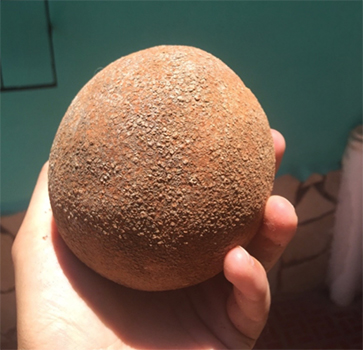 During my time in Cuba, one of the most peculiar fruits that I tried for the first time was the mamey, a brown, hairy, circular shaped fruit with an orange/pink, stringy interior, and giant smooth pit. This giant kiwi looking fruit has an interesting secret, no one on the island consumes the mamey by eating it traditionally. Instead, the mamey is exclusively consumed in juice form; normally in combination with other fruit juices. I can best describe the flavor of the mamey as a very potent orange juice, but definitely worth adding to your list of things to try during in your time in Cuba.

With the ever-growing trend of “clean eating” and the opening of Cuba to American tourists; the unique and scrumptious fruits found in Cuba will soon become just as popular in the States as they are on the island. There are an additional ten other unique fruits I found in Cuba in the information box below that are more difficult to find, but rewarding due to each of their unique and distinct tastes. However, I caution against having too much Cuban fruit; the freshness, variety and number of them have ruined my local Minnesota farmers market for me.