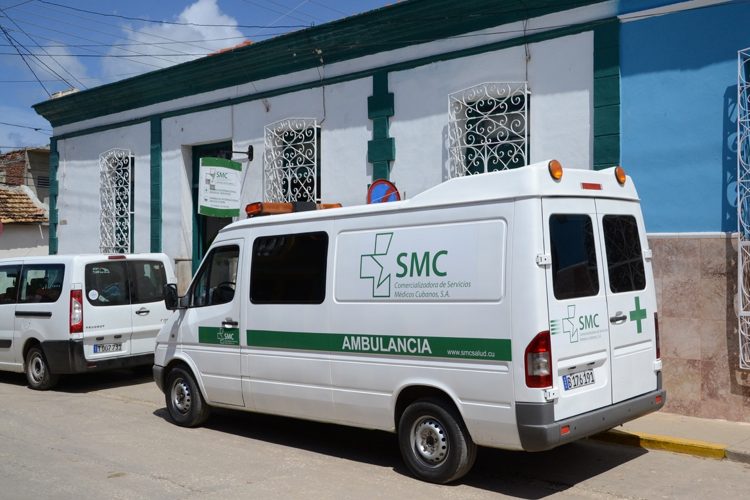 The ambulance is always parked outside of the clinic. Make sure you buckle yourself in. | Jessica Lee

Getting Sick as an American in Cuba: What to Expect

Jessica LeeAugust 9, 2017
CubaTravel0 Comments 0
The following article is published in the #RGNNCuba Magazine: Vol. II, Summer 2017, produced during ROOSTERGNN Academy’s Travel Journalism & Photography Internship Seminar in Havana and Trinidad, Cuba, under the editorial direction of RGNN Expert and Mentor Benjamin Jones. Follow #RGNNCuba for all of our Cuba coverage.

For those who enjoy travel and have had the great misfortune of falling ill abroad, you know how helpless and uncomfortable it is to be sick in an unfamiliar environment. My experience in Trinidad included an ambulance ride, an unbelievable medical bill, and a deeper appreciation for socialized healthcare in Cuba.

It was day three of a cold that refused to secede. I had missed two days of excursions with my group of photojournalism interns, and I could barely get out of bed, my head pounding and unable to breathe comfortably. My roommate was worried after touching my forehead.

“Your fever has definitely gotten worse”, she said. “You should go see a doctor”. I mumbled something and rolled over. An hour or so later, two of the journalism program assistants were at my door. Through my feverish haze I managed to understand that they were going to accompany me to a clinic a few blocks away. 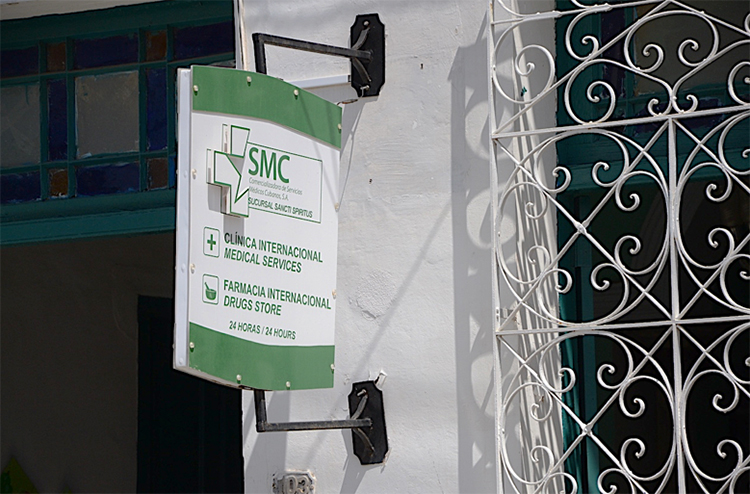 The bicycle taxi, or bici-taxis as they’re locally called, shrieked to a halt in front of the clinic. The building was white with a green frame, with a sign that read “SMC, Commercialized Cuban Medical Services”. Stepping inside the clinic provided little relief from the sweltering heat, as it only had one weak fan near the receptionist’s desk.

One of my program assistants described my symptoms to a nurse, and we were told to take a seat until the doctor could see me. A group of German tourists walked in, all of them sporting swollen pink eyelids. I began to doze off in my chair, waking myself up when my flip flop slipped off my foot and smacked the tiles.

Despite being in and out of fever dreams, I didn’t actually wait more than 30 minutes before the doctor waved me in. She was wearing a black sundress under her coat, and had brass bangles stacked on her forearm. She inquired about my symptoms, and took my temperature and blood pressure. The doctora then asked where I was from and asked for any proof medical insurance. Upon hearing I was American, she asked if I had a copy of my flight itinerary. My two program assistants had kindly printed out both. She explained to us that since I had paid for the flights, most of my treatments and medication would be covered by the airline. The doctor then ordered that I would be given a shot, a blood test, and an X-Ray. She would prescribe what I needed after analyzing the test results and X-Ray. “There’s an ambulance outside to transport you to another policlinic to get your X-ray taken, after you get your injection. My nurse will accompany you.”

I was given a decently painful shot in the rear, (a location I wasn’t expecting), before a nurse with a sweet round face walked with me to the ambulance. I had never ridden in an ambulance before, and would’ve probably appreciated the moment more if I hadn’t been dizzy with fever and sore from the injection. I entered the vehicle and saw an inviting gurney on the floor. I unbuckled the seemingly useless harnesses and moved them to the side to lay down and rested my throbbing head.

The minute the car began to move forward, I was nearly ejected out of the gurney. The nurse did a poor job of covering her laugh as she helped me back into the gurney. Within minutes, we arrived at the policlinic.

The procedure took minutes, and soon the nurse came out of the darkroom with a dripping X-ray of my chest. We arrived back at the SMC clinic after a now secured gurney ride in the ambulance, where I was led to a room to get my finger pricked for blood test samples. It was back in the sweltering waiting room to await the test results and a prescription for medication. A nurse came by frequently to check my temperature as I nodded off to sleep. I saw the group of Germans receiving medicated eye drops from the sweet nurse who had taken me to the policlinic.

My program director explained to me that in Madrid, Spain, his hometown, it would’ve taken hours or days to even be seen by a doctor. He was amazed at the efficiency of this clinic. I made a mental note that every single person working in the clinic; pharmacists, nurses, and doctors, were women.

I was finally taken into the doctor’s office, where I was diagnosed with mild bronchitis and a bad cold. I was prescribed cough syrup and an antibiotic, and given a sleeve of cherry-flavored throat lozenges. The pharmacy was inside the clinic, where I signed for the medication and to pay my whopping medical expense of 1.20 Cuban convertible pesos, equivalent to $1.20. The charge was for the rubber gloves used during the procedures. 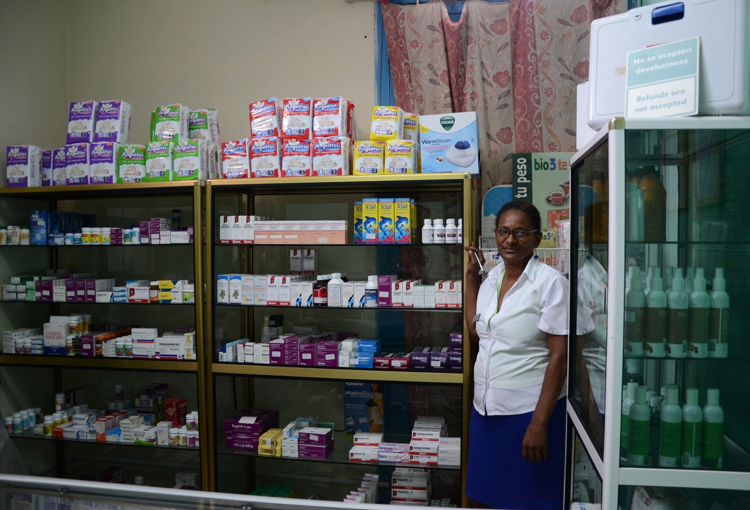 Gladys in her workspace. She was one of the many kind women who made my health clinic experience more bearable. | Jessica Lee

I went back to the clinic to see if I could look at my medical bill two days later, feeling significantly better after taking the prescribed doses of the medication. Gladys, the pharmacist, was more than happy to search through some files to show me my receipt. My medication and procedures added up to around $74 but I didn’t have to pay a cent for them. My insurance, my status as an American tourist, and my flight with Alaska Airlines covered it.

I asked Gladys what she thought of Americans and tourists in general using Cuban health clinics. Were they taking up valuable space and time from Cubans who had worked so hard as a people to make socialized/universal healthcare a reality? “We have a commitment to health,” said Gladys, “When anyone, tourist or Cubano, comes into our clinic, it’s our obligation to help and take care of them. I know that the United States and Cuba do not have good relations, but human beings are human beings when it comes to healthcare.”