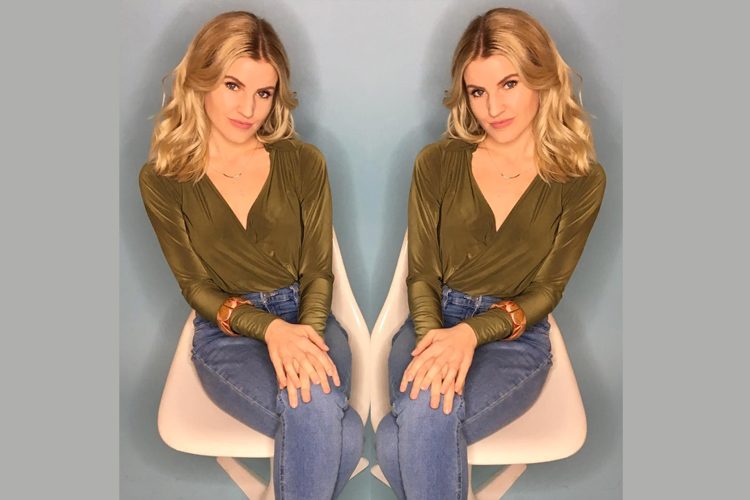 How to Pitch Galore Magazine – And Other Tips!

ROOSTERGNN StaffJanuary 10, 2018
Career0 Comments 0
ROOSTERGNN is a non-profit news agency that promotes freedom of expression and journalism education. #RGNNadvisor is an interactive section of resources for journalists and communications professionals, helping them to become better communicators and moreover, to pursue a successful career in the media industry.

Molly Mulshine is a multimedia journalist who creates and edits written content, memes and videos. She got her start covering local politics in New Jersey, but moved on to cover style and technology at The New York Observer after a short video she made went viral. She has since worked at Business Insider and Galore Media, where she is currently senior editor.

In an exclusive interview, Molly Mulshine tell us all about her career – and how to follow in her footsteps.

After three years of working as a beat reporter in NJ, and never hearing back from a single NYC job you applied for, you broke into the journalism market in NYC because of a viral comedy video you made. Can you tell us more about the video? And how did it allow you to break into journalism?

The video I made was called “Real Life Emojis.” It was right around the time that emojis started appearing on people’s phones, and everyone was confused about what the point was and how to use them.

I had been dying to write and direct a video, so I figured a live-action emoji conversation would be an easy way to do it. The video was less than a minute long and consisted of my friend and me communicating through emojis that I’d made out of felt.

There was barely any emoji-related content online at the time. Emojis were still weird and new, and they weren’t part of the daily conversation the way they are now. So people really took to my video, which pointed out the absurdity of communicating through these little digital hieroglyphics.

The video quickly climbed to 180,000 views (I think — it’s hard to remember now) in the first week that it was online, thanks to being posted on blogs all over the world, including BuzzFeed. I had no online following whatsoever before posting “Real Life Emojis,” so it truly went viral organically.

That said, if I posted something similar today, it wouldn’t follow the same path. At that time, new media companies like BuzzFeed weren’t producing video yet. They were hungry for any video content that was gaining popularity on YouTube. They’d embed popular YouTube videos on their sites with a few lines of text, and enjoy residual viral traffic based on the video’s quality. It was a quick and easy way to get traffic. Today, it would be much, much harder to get an original comedic short by a nobody published on any blogs, let alone BuzzFeed. They have a vested interest in promoting their own video content now.

The video allowed me to break into journalism because the editor-in-chief of the New York Observer, Ken Kurson, saw it. He happened to know my dad, so he emailed my dad and told him he liked the video.

My dad mentioned that I was a reporter, and Ken told him to have me send my resume to him. After a few interviews, I had a job as a tech reporter at the Observer.

I didn’t think I knew anything about tech at the time, but I soon realized that as an early adapter to social media and as — duh — a person who’d made a video about technology go viral, I actually did know a lot about the internet and how people use it.

I knew I wanted to transition into creating content for a publication catering to women eventually, so I started incorporating style coverage into my tech stories. This resulted in a position as the Observer’s style reporter, giving me the fashion, beauty and lifestyle experience I needed to eventually make it to Galore.

Now that digital media is now largely pivoting to video, my job includes producing and editing videos in addition to editing and writing articles. So after a few years of strictly writing and editing, I’m now also doing what I set out to do when I made “Real Life Emojis.” 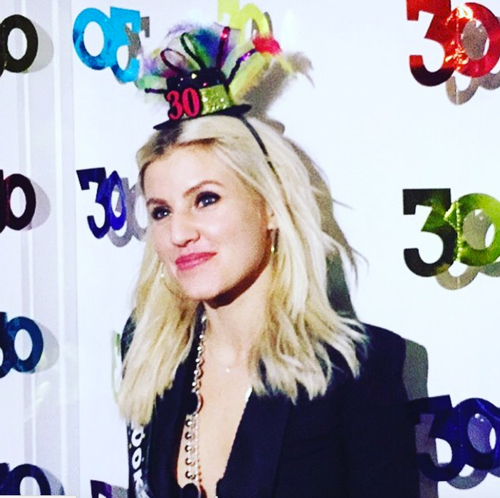 Stop “networking” (what even is that?!) and start working on your skills.

In any industry, the best advice is to be so good they can’t ignore you. This means working on side projects and creating real, tangible content that you can send to potential employers. This will show them you have enough drive to work on your own side projects in addition to going to class, your day job, or whatever else takes up your time.

Let’s say I receive resumes from two applicants and one went to an Ivy League school and had every internship in the book, and the other one went to community college but has a thriving blog that she updates consistently, I will take the one with the blog any day. Journalism is not an industry where your pedigree or resume matter. Your skills and work ethic are much more important.

If I see an applicant who’s had no internships but can’t stop herself from creating content on a personal blog, that person has a major leg up on the competition.

Also, never feel like anyone owes you a job. They don’t. You only get a job when you can prove that you’ll be of value to a company. Emailing an editor and saying “Do you have any stories you need written?” or requesting to meet up over coffee is not a good way to do that. Instead, send them the published pieces, videos and story ideas that will convince them you’re a valuable asset.

At your current position as editor at Galore Media, you frequently manage interns. What are some of the biggest mistakes media interns make, especially journalism majors?

There are so many and they’re so frequent, I published a story about it that I send every intern I hire [https://galoremag.com/common-mistakes-media-interns-make/].

I would say the most annoying and disappointing mistake, though, is when I realize that an intern doesn’t read any websites, let alone ours. Journalism is not a vanity career for people who want bylines. It’s hard work and you have to put in a ton of effort.

Go start an inspirational quote account on Instagram if you just want attention and followers, because if you don’t actually care about journalism and storytelling, you’re not going to get attention or followers writing for a website. I wish those people would stop wasting my time and theirs.

At Galore, you also manage a significant contributor network. What are some of the most important things to do (and not to do!) when pitching editors? For those interested in pitching you a story, how can they go about that?

The most important thing to do is keep your pitch tight and understand what the main point of your story is. Your editor shouldn’t have to go back and forth with you to help you understand what your angle is — you should know it before you even sit down to write a pitch email.

If you aren’t sure whether you have a vague subject or a story idea on your hands, sit down and talk it out with a friend until you stumble onto a specific angle that interests you. Strive for specificity in your pitches.

Another disappointing trend I see is that young writers will email me saying, “I can write whatever you want!” When you do this, you’re effectively creating more work for me. I have to think of an idea for you to write about so you can get a byline? No, thanks! If you don’t have fresh ideas, you need to come up with some before you even think about pitching a publication. I’d rather see you send me three ideas that don’t work than a vague “let me write for you!” email. Don’t feel bad if your pitches get rejected — just keep pitching.

To pitch me, email molly@galoremag.com and send ideas for stories you’ve never seen!

Galore posts a lot of memes on their Instagram, and you do so on your own Instagram as well. How are memes helping media outlets to find new readers? What are some best practices?

The best practices for memes are just to make them funny. There are almost no ethical standards in the meme world when it comes to stealing content and concepts, which is unfortunate. But we still keep our memes as original as possible because copying isn’t cool.

Memes are a great way to grow your following on Instagram and Facebook because people tag their friends in the captions or send memes to their friends over DM. It’s probably the most effective way to get your page on other people’s radar.

What other social media tips do you have for freelancers or journalists looking for full-time employment to impress a hiring editor?

Don’t freak out over your following number — I have never based a hiring decision on who had more social media followers and I don’t know any other editors who have. Being good at social media requires a very specific skill set that frankly doesn’t overlap much with the skills required for being a good journalist. Some people are good at both, but very rarely are they able to build up a following for their journalism work before they’ve even gotten their first job.

Most hiring editors realize that entry-level applicants are just entering the job world, so their social media presence isn’t going to be amazing yet. It’s not that big a deal. Published work or a personal blog will impress me more than a big Twitter following ever will.

And don’t freak out about looking “inappropriate” online. If it’s important for you to be yourself online, you should be yourself. I have never shied away from expressing myself online and I don’t think it’s hurt me. In fact, if I was paranoid about looking dumb online, I probably never would’ve posted my emoji video and I’d still be applying to jobs in NYC and never hearing back from anyone!

Don’t listen to people who tell you you have to have a squeaky clean and bland online presence, unless you want to be a kindergarten teacher or something. In media, especially if you want to work at a place like Galore, having a unique and authentic online identity is better.

I mean, look at Donald Trump’s tweets. He can’t even spell. If that didn’t stop him from becoming president, then the rest of us are probably okay to post memes about being hungover or whatever. If I see a job applicant who can effectively showcase her humor on Twitter or Instagram, it’s definitely a plus.