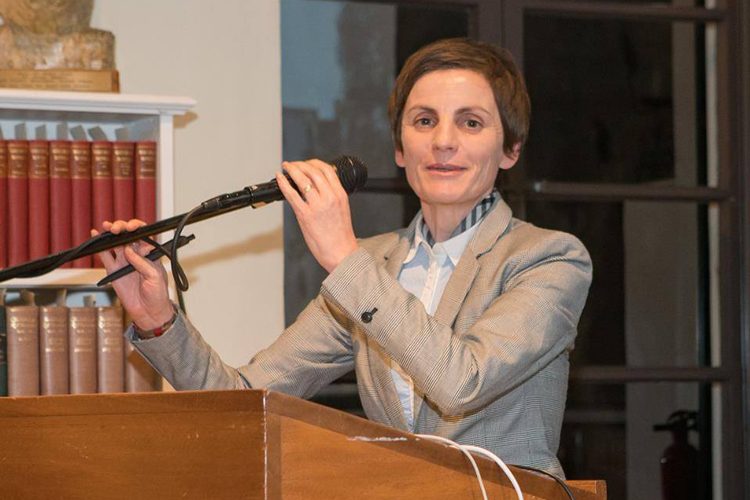 Alida Tota: How I Conduct Investigative Reporting Under Censorship in Albania

In the 2017 World Press Freedom Index by Reporters Without Borders (RSF), Albania ranked 73 out of 180 countries in terms of freedom of expression. In its evaluation, the RSF writes that the country’s “access to state-held information continues to be limited and the broadcast media regulatory authority, the AMA, is politicized.”

Alida Tota is one of the journalists in Albania who fight for increased freedom of press and human rights in the country. After publishing an investigative story about a miserable death of a 17-year-old worker in 2016, Tota, the former news director of an Albanian TV station, was fired and faced persecutions from the government.

In an exclusive interview, Tota talked about challenges that journalists are going through in Albania and shared her experience conducting investigations in a country that exerts news censorship.

From the beginning, what made you decide to become a journalist and specialize in political journalism?

My early experiences prompted me to defend truths and human rights and to study journalism. During my childhood, Albania was a dictatorship country and my family was persecuted. My father, a previous math teacher, was obliged to work as mine worker. My siblings weren’t even allowed to go to a gymnasium (high school) because of my family’s background. Fortunately, the Movement of Democracy in Albania and the fall of communist regime in 1990s provided me with the opportunity.

When I was studying journalism in Tirana, I volunteered as a social journalist at the Radio Tirana. I witnessed how politicized the Albanian society was and realized that Albanians still lived in a modern censorship controlled by dishonest politicians. I convinced myself that it was the time to fellow political journalism and to tell the truth.

News censorship is still dominant in Albania. The self-censorship is a major barrier to tell the truth, and also a continued threat to the freedom of press. The economic status of journalists is another major barrier. The Albanian Public Broadcaster is controlled by the government. Therefore, the most of professional and honest journalists are usually those lowest-paid. My personal experience is also an example on how the government controls media (See Question 4). This caused an insecurity to survive. The government use jobs and salaries as a threaten to prevent journalists from reporting truths that are unfavorable to the authority. Even private media are work under ubiquitous political pressure and influences from the authority. As a result, journalists alone are in the middle of the “censorship ocean.”

You have been covering crucial social issues in Albania since 1995. Which story do you think is the most important one in your career?

One of the most important stories that I covered is the investigation into the tragic death of a 17-year-old boy Ardit Gjoklaj, which was later turned into a documentary called “Kodrina e Vdekjes” by the “Publicus” TV show. Me and my colleagues from the TV show “Publicus” reported a tragic death of a 17-year-old boy working in a waste landfill in Tirana. He had died from miserable working conditions, with no employment contracts or safety protections. Over 50 children and 200 women worked there as slavers and suffered from severe child abuse and sexual harassments. There have been several deaths in the landfill, but the owner hided their bodies and nobody has reported it before.

With furthered investigations, we uncovered that the illegal landfill was co-administrated by the Municipality of Tirana. The major of Tirana tried to bury the deaths and gave pressures to us from not reporting. We insisted to denounce the truth. The story was blocked 10 minutes before broadcast. The 50-mins documentary was eventually delivered via YouTube, which caused a huge reaction on social media and among the society. Because of our exposure, the landfill was closed in August 2016. (But unfortunately, they reopened 6 month ago on 2017, and still there worked in illegal conditions women and children.) 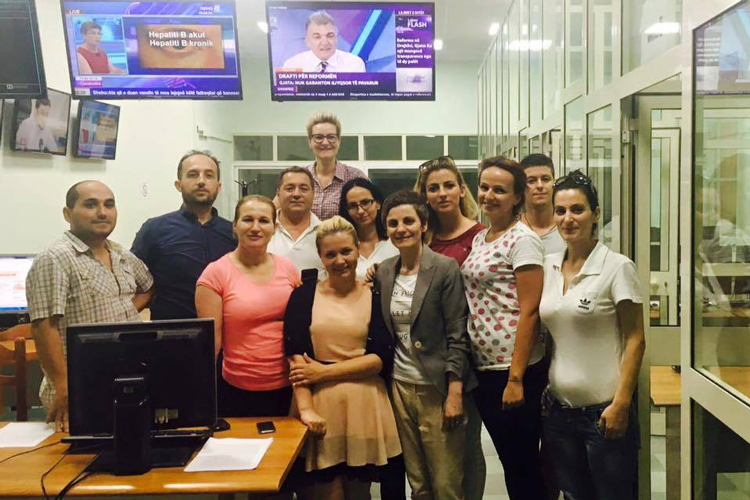 What investigative techniques did you use to find evidence and truths in this case? As you have mentioned, how did the authorities pressure you and your team during your investigation?

For collecting the proofs, we used IPhone camera to shoot. It denounced the horrible facts that the co-administrators of the landfill hid the corps of the teenager into trashes. We further the investigation in all the institutions involved such as the Municipality of Tirana, the administrator of the waste landfill of Tirana, National Labor Inspectorate, Public Health Institute, prosecutors and the workers of the waste landfill. We used some officials’ sources for further investigations, and in the same time requested official statements from those institutions. However, all the institutions refused to announce statements about the tragic death in the waste landfill.

We were surrounded by the pressure. To be professional, we wanted to have the comments from the municipality of Tirana and the private company.  However, the authority blocked the information and started to pressure the journalist team. Several minutes after the broadcast of the first part of the story, the TV owner asked me to deviate the investigation. After I rejected, he called the editor and pressured him to block the broadcast. We resisted because this is an extremely sensitive investigation. We need to stop the child abuse, the slavery and sexual harrassment. The next day after the broadcast, I was fired.

At the same time, my colleagues in another investigative broadcast called “Publicus” continued the investigation. The story was blocked 10 minutes before broadcast and all the journalists of Publicus were fired! The 50-mins documentary was eventually delivered via YouTube, which caused a huge reaction on social media and among the society.

To fight for the freedom of press, I asked hearing session in the two parliamentary committees: Media and Social Issues. The Government blocked the session hearings in the Media Committee for six times. Meanwhile, we start facing with pressure and threats. Threat messages came and our family members are also listed into the blacklist. My son was followed for three weeks by a Benz. I was forced to leave Albania for security reasons.

What advice would you give to journalists who want to conduct investigative reporting in countries that experience censorship and limited freedom of speech?

Investigative journalism is the most difficult branch of our profession. There are many ways to succeed. But first of all, the reporters should be profiled as investigative journalists. Professional experience, courage and honesty are always secrets to defend the truths from the censors. 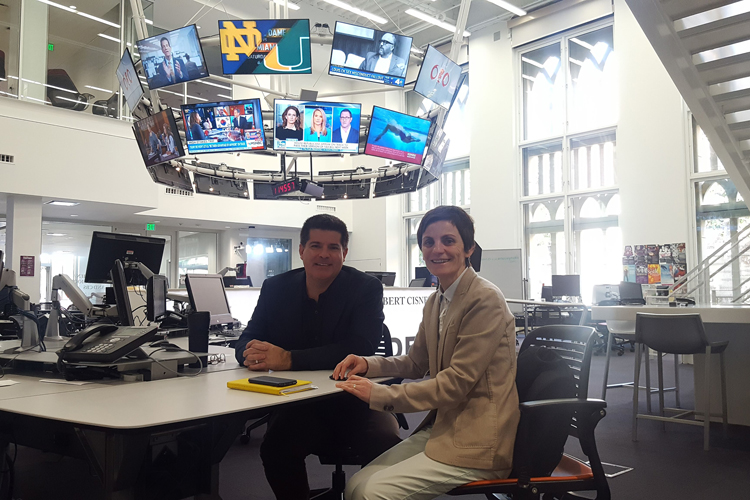 At the Media Center of USC Annenberg School | Alida Tota

Last year, you went to the United States and spent three months at the University of Southern California (USC). Can you share your experience there?

As a persecuted journalist in Albania, I was awarded the Feuchtwanger Fellowship last year. Each year, The Villa Aurora and Thomas Mann in collaboration with USC Libraries and Reporter Without Borders Germany awarded a three-month fellowship. I was honored to have get the opportunity.

During my fellowship at the USC, I gave some lectures at the Annenberg School of Journalism and communicated with faculty and students there. I hope to use this opportunity to thank all staff of Villa Aurora and Thomas Mann in Berlin and Los Angeles, USC Libraries for their support and dedications. Also, I am so thankful for the great support of USC professors.

What changes did your visit to the United States bring to your reporting? Do you recommend journalists spending time in a country (or an area) that is socially and culturally very different from their own country?

I found the courage to resist and to help the new journalist generations that are afraid and without hope for the future of our profession.

Yes, the exchange experience is important for every journalist.