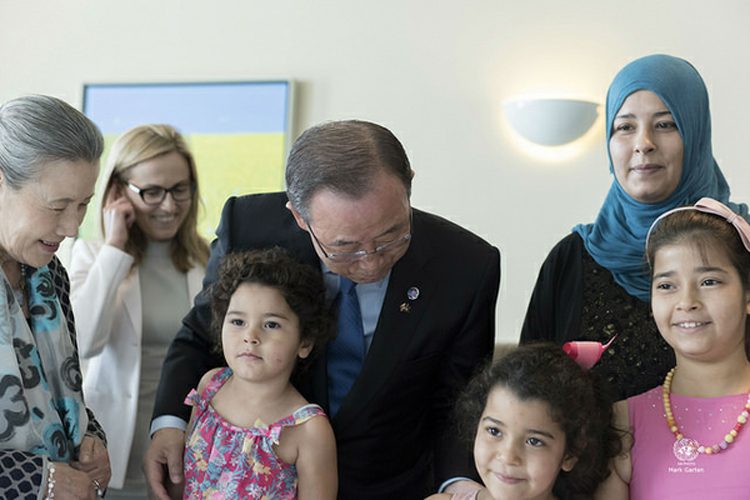 A red carpet then; a red flag now. Canada’s reputation of being playing the “friendly neighborhood superhero” to the world’s refugees is in jeopardy.

“To those fleeing persecution, terror & war, Canadians will welcome you, regardless of your faith. Diversity is our strength #WelcomeToCanada”

Canada’s young Prime Minister tweeted the above, trolling American President Trump on his travel ban in January 2017 and drawing much appreciation from the world and his people. The media was filled with pictures of refugees in hijabs, turbans singing ‘O Canada’, and ‘feel good’ stories about Canadian families, hockey moms, poker buddies, citizen associations, trusts adopting refugee families, teaching them English, skiing – the Canadian way of life. The Govt.’s Resettlement Assistance program supporting refugees for up to a year or till they could support themselves was lauded. “The world needs more Canada,” said Bono, the U2 front man, praising the efforts of the nation.

But as refugee numbers swell, Canadians are becoming increasingly nervous. Canada admitted nearly 1% of its population, -about 321,000 immigrants in the year to June 2016,- and plans to increase the number to 450,000 by 2021. The citizens have also become Islamophobic after the Quebec mosque killing in 2017. The Canadian Conservative Party buoyed by the turn of events has made immigration reform the centre of their campaign. “If you are not a liberal elite, apparently you are a racist,” says party leader Ms. Kellie Leitch, mocking the double standards of the Liberals and calling for the army deployment at the border.

No more chest thumping; Trudeau now tempers his talk with, “You will not be at an advantage if you choose to enter Canada irregularly. You must follow the rules and there are many.” This changed response is brought about because of the flak received from the Opposition that his statements conveyed “false hope” that Canada is a “safe haven” for all migrants.

To add to Trudeau’s woes is the Trump administration’s strong anti-immigrant rhetoric that has seen a deluge of other refugees like Haitians now seeking entry into Canada. Haitians are at risk of deportation due to the Trump administration’s canceling of the program, which allowed around 58,000 of them to seek asylum in the US in the aftermath of the earthquake in 2010. 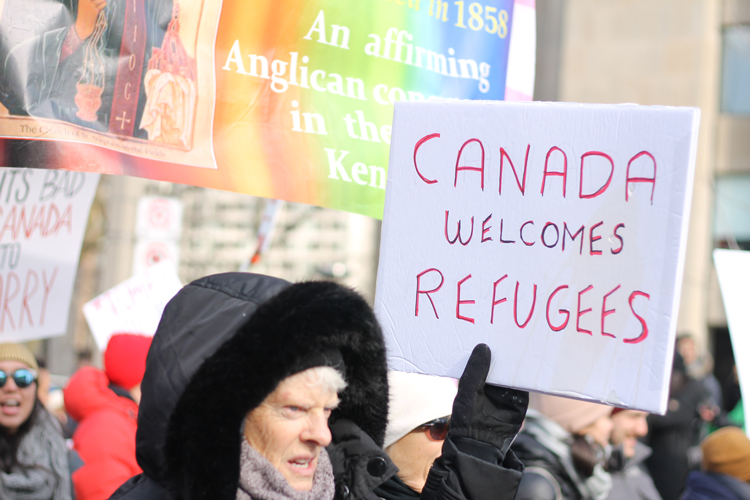 Canadian officials are now rejecting migrants by taking advantage of the 2004 US-Canada Safe Country Third Agreement, which requires migrants to apply for asylum in the first country they arrive in. Migrants crossing over official US-Canada border check posts are thus being denied entry into Canada on this parameter and are being sent back to America. This had led to refugees making dangerous and illegal border crossings into Canada leading to a loss of life and limbs due to the intense cold. Trudeau has been urged by human rights activists to scrap the agreement but this would require Canada to deem the US as “unsafe” for refugees, an impossible idea considering the burgeoning and billion dollar trade with the US. Trump, too, knows this and has threatened Canada and Mexico that America would leave the continental trade treaty the NAFTA.

Resentment bordering racism can be seen against Chinese buyers alleged to be driving up realty prices in Vancouver and in Quebec, which has called for a ban on burqas for those seeking public services. Canada is fast becoming like the rest, succumbing to the wave of nationalism gripping the world with developments like America First, Brexit, and Germany’s Obergrenze (upper limit on refugees) as against the more progressive globalism.

However not all is lost and for the refugees there is still hope.  This positive outlook is reflected in a study carried out by the McGill University, that while Canadians were perturbed by the large numbers of refugees, only 20 percent of all Canadians supported putting an ending to all immigration. Some scholars have termed this empathy as “Canadian exceptionalism”.  Unlike its peers the country is not xenophobic as a fifth of its population is foreign-born and most of them have been migrants at one time. “Diversity is the air we breathe in,” says Trudeau. Canada believes in setting a bigger table rather than building a higher wall and that is to be appreciated.