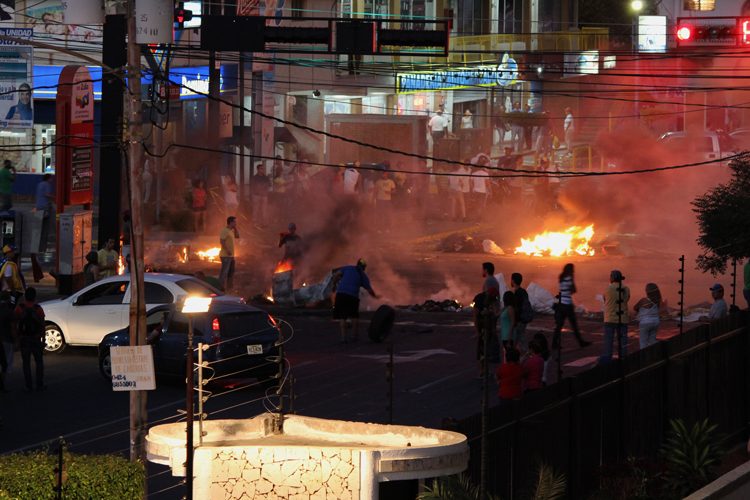 The country that had once the best economy in South America, has now the highest inflation in the world. Venezuela’s economic turmoil is, of course, the fruit of a larger political and humanitarian crisis that has doomed a whole nation into misery.

With one of the biggest oil reserves in the world, 82 percent of Venezuelan families now live in poverty. The average person has lost 19 pounds due to lack of access to food.

Empty store shelves, shortages of basic goods like toilet paper and President Nicolas Maduro taking absolute control of the constitution, set the stage to daily protests and soaring crime rates. Four of the most dangerous cities in the world are in Venezuela, being Caracas the first one on the list with a 130.35 homicide rate.

What is Maduro doing? Instead of creating new policies to counter the oil dependency and increasing debt, Maduro has focused on public opinion to maintain his power at all costs. He has done three things: banned the opposition party from running to elections, repressed anti-government protesters and kept the same economic system that drove the country into the crisis.

Even worse, the most popular leaders from the opposition, Leopoldo Lopez and Henrique Capriles, are barred from politics. The transition to a stable democracy seems far from the near future of 31 million people suffering the crisis.

How did Venezuela get here?

Maduro’s processor, Hugo Chavez, made from the country’s economy a shrinking and dysfunctional oil-based business. Venezuela’s economy relies on oil for as much as 95 percent of its export revenue, according to the Organization of the Petroleum Exporting Countries (OPEC).

As oil prices climbed up back in the early 2000s, the oil dependency boosted the economy, facilitating education and health projects led by Chavez’s socialist regime. The government not only relied on oil to maintain the social works, but used the improvement of living conditions among the lower classes to maintain its political power.

Shortly after the death of Chavez in 2013, oil prices started to decline, harshly affecting the exports earnings and turning Venezuela, until today, into a free-fall economy.

The increasingly worthless currency made Venezuela one of the poorest countries in Latin America. The crisis has made food and health unattainable to most Venezuelans.

As shortages of basic goods and food scarcity become part of the daily life, people have opted to either not include some products in their diet or travel to neighbor countries for grocery shopping. Otherwise, they will need to wait in lines for hours to get limited number of products. 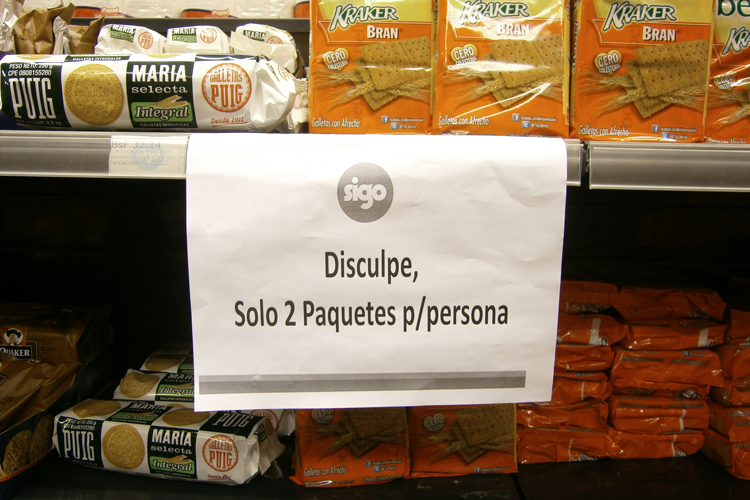 The country is lacking roughly 80% of the basic medical supplies, according to the Pharmaceutical Federation of Venezuela. The New York Times tracked 21 hospitals in Venezuela, where children are dying of hunger and malnutrition. “Sometimes they die in your arms just from dehydration,” Dr. Milagros Hernández said. “Children arrive with the same weight and height of a newborn.”

The investigation also reported that deaths from malnutrition have remained secret by the Venezuelan government with none published health statistics in two years. In April of last year, the Health Ministry’s official website was hacked, revealing that 11,446 children under the age of 1 died in 2016, a number that increased by 30 percent in one year.

Soldiers killing their own people 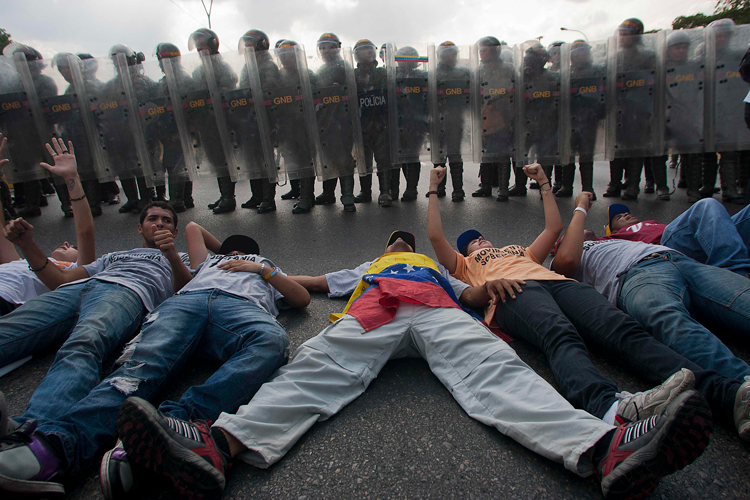 Despite having an unpopular government, Maduro still have sufficient power over the state and armed forces. Maduro’s effort to hide the government’s failures are supported by the Venezuelan army. The defense minister declared the army’s “unconditional loyalty” to the president last year. Since then, anti-government protesters have been tear-gassed by the police almost every day.

Jennifer McCoy, a political scientist and Founding Director of the Global Studies Institute at Georgia State University says Venezuela can no longer be considered a democracy because of the several government violations.

“There are people who are in jail without having had a proper trial, protests have been harshly repressed, the free speech is punished and they are not getting access to food and medicine,” she says.

As people continue protesting for an intervention that could put an end to the crisis, Maduro is intensifying his efforts to shut down the press. Local journalists and foreign correspondents have been aggressed by soldiers and independent newspapers were denied permissions to cover what’s happening in the country.

2018 doesn’t seem very hopeful at the moment. After allegations of fraud in last year’s elections, Maduro recently announced that new elections would be held in April, yet the Venezuelan opposition is highly fragmented and has not defined its candidate.

The elections are held under Maduro’s rules and unilateral decisions. “They are not allowing open, honest and competitive elections by barring some of the prominent opposition candidates from being able to run,” McCoy said. “They call elections to happen at the end of April and that’s very fast for the opposition to prepare, to choose a candidate and to campaign.”

The urge question is, how can the international community intervene? Maduro has refused to accept international aid, even denying the existence of a crisis. As far as the interventions, some international actors, including the United States and Canada, have implemented targeted sanctions to Venezuelan officials; however, Maduro’s autocratic control keeps ruling the country.

While some countries like the United States suggest military action, other Latin-American nations refuse to take this path. International efforts have not obtained meaningful results. Yet, international actors are a key tool to restore democratic order and to impose mediation between the government and the opposition. While there is a lot to be done, the first step is to find a common ground to help the opposition construct a political solid strategy.