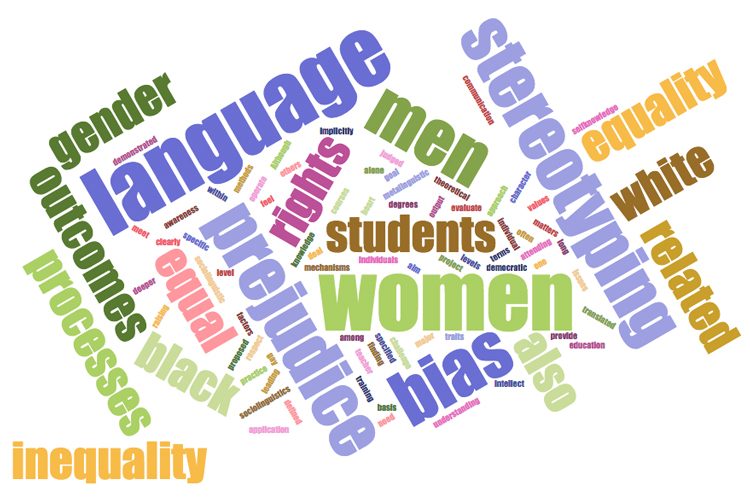 “Glory be to God for dappled things,” writes poet Gerard Manley Hopkins in his unique sonnet, ‘Pied beauty’. The poet praises the variety, oddity and uniqueness of God’s creation. To be ‘pied’ is to have different colored hues obtained by blending and mixture. Just like our natural world, our cultural diversity makes our human world ‘pied’, and that’s what makes it beautiful. Of all the aspects of culture, language is the most important because it is intrinsic to the very expression of culture. Inter-cultural understanding thus starts first with appreciating and respecting the language of the other.

However, with the process of colonization many of the world’s languages have been trampled by the dominant language of the colonists. They say that as languages disappear, cultures die. In India, too, the colonial language, English, has sounded the death knell for regional languages like Hindi, Bengali, Marathi, Oriya, Gujarati….their treasured literature has been forgotten.

This is only one aspect of the story. There’s more. People speaking a vernacular language are looked down upon derogatorily and called ‘vernies’ in India. They are stereotyped as— not ‘modern’, or not ‘civilized’, of lower intellect, or backward. They are made fun of because of their accent, the inability to understand slang, imbibe Western culture.

Volunteering at an outreach program with NGO Lok Seva Sangam (LSS) in the slums of Mumbai made me realize the gravity of the situation. I interacted with Rizwan Sheikh, an LSS staff member. Rizwan makes great conversation; he is eloquent, witty and well informed on both political and social issues. He is a business graduate but speaks mainly in Hindi and very little English. He has the distinction of being the first boy in his slum to complete his graduation; but it’s been three years and he still doesn’t have a decent job. The NGO pays him very little. For Rizwan, the inability to speak the English is the main reason why he does not get a good corporate job.

The power of language is not to be undermined. The English language has proved to be an insurmountable barrier instead of bridge to progress and that’s sad. It has closed the doors of opportunity and cemented the perpetuation of poverty of the people who have no access to it. The British used English as a tool to keep the people backward and this continues even today!  There are thousands of students like Rizwan in India who study in the vernacular mediums of Hindi, Marathi, Urdu, Tamil….etc., and remain unemployed not because they are less intelligent, or less capable, but because of their inability to speak English. Even in the rest of the world the situation remains quite the same. The celebrated Nigerian author Chimamanda Adichie during a TED talk titled ‘The dangers of a single story’ talks about linguistic stereotyping and says that it’s like writing a ‘single story’ for such people and stamping out their identity.

We have the ability to change this. We can write ‘beautiful stories of success’ for people speaking in regional languages instead of writing them off with a ‘single story of deprivation’. Regional languages should be given their due place in society. They should be included as a medium of instruction in higher educational institutions, used in banks, commercial organizations, government enterprises, courts etc so that education and jobs open up to the people who speak them. Regional writers, poets, artists should be encouraged with incentives and awards; the television should promote regional languages; children should be encouraged to speak in their native language and should be provided a platform in school for elocution and debate.

Yes, let’s not make language a wall or a cause for discrimination. A human being is worth much more. Let’s not ‘bottle’ him up with a ‘label’……if we do, then that ‘label’ becomes his identity…. and when that happens, the world will become a colorless place.