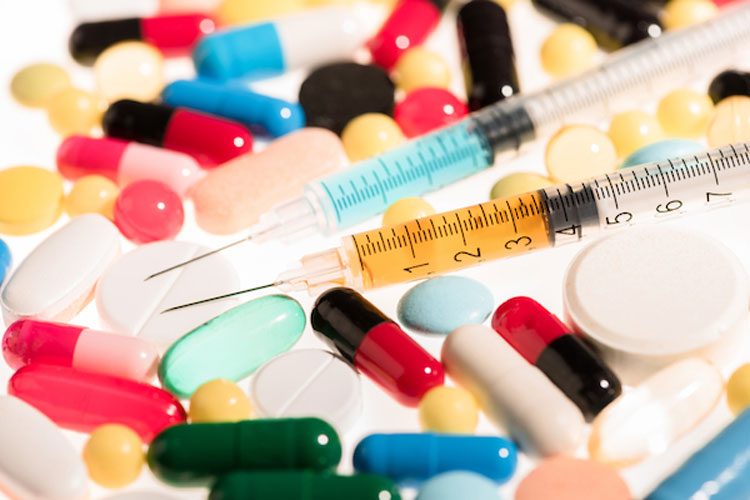 “Choose life. Choose a job. Choose a career. Choose a family. Choose a f*** big television. Choose good health, and dental insurance. Choose sitting on a couch watching mind numbing, spirit crushing TV Shows. Choose rotting away at the end of it all, nothing more than an embarrassment to the selfish, fucked up brats you spawned to replace yourself. Choose your future. Choose life.”

These words spoken by protagonist Mark Renton in the opening of the film Trainspotting tell the audience that life is full of choices, and you are the only one who can make them. Whether they are the correct choices or not is beside the point. Simply choose your life and reap the rewards or suffer the consequences. The choices made by young adults, those who are 18-25, often include choices of drugs and alcohol.

The realities and the stigmas

When it comes to drug use the line of reality and myth is a blur. It is so blurry nearly every person is confused to some extent about the truth of drugs and drug culture. So, what is addiction? The Merriam-Webster dictionary defines addiction as, “the compulsive need for and use of a habit-forming substance characterized by tolerance and by well-defined physiological symptoms upon withdrawal; it is a persistent compulsive use of a substance known by the user to be harmful.” Though a definition gives a nice summary of what addiction is, it doesn’t tell us much else. It is important now to take a look at the numbers of drug abuse in young adults.

The American Addiction Center found that in 2014, 16.3% of young adults had a substance abuse disorder, which was the highest of any age group. In 2016, the National Institute on Drug Abuse, found that 7.8% of young adults used marijuana on a daily basis, 32.4% had binge drank in the past two weeks, nearly 20% were addicted to nicotine, and 10% used Adderall. 4.4% used cocaine in the past year, with 7.3% using heroin in 2013 according to an article in The Recovery Village. These are just the numbers, which anyone with Internet access can find; however, it takes a little time and effort to find these statistics, and many people would rather make their assumptions from gossip and hearsay.

For most who are completely unfamiliar with drug culture, nor are they aware of any drug users in their social circles, more often than not view all drugs as travesties that destroy a person’s life. They cannot see how someone would want to try hard drugs or drink heavily, and are unable to grasp how irrational drug users can be at seeking help. Many non-drug users see those who use drugs as disappointments to themselves, their families, and society. Most are unaware of the truths of drug use, abuse, and addiction. I was able to sit down with two young adults who use drugs regularly, and talk with them about what is like to use drugs. The aim is to open the public’s eye about drugs by listening to first hand accounts of those who have participated in a culture many no little about.

George is a full-time worker in northern Iowa, with dreams of pursuing a career in social work, and the only person not high during the interview, though he tells me he is planning to smoke weed right after the interview is done. He smokes weed on a daily basis, and is a social drinker. George uses marijuana to help with anxiety and depression, as well as focus his thoughts.

George went to a high school where drug use was non-existent. When he began hanging out with kids from other schools, he was introduced to marijuana and other drugs for the first time. Soon after George became addicted to cocaine, and was eventually sent to rehab by his parents. At rehab George’s withdrawal symptoms came in the forms of shakes, erratic emotions, headaches, and chills; however, most of these symptoms had subsided by the time he left. George has been off cocaine for six years and refuses to use cocaine again, though tempting, he knows he will get addicted again and doesn’t want to return to rehab. He also saw the termination of friendships once he stopped using cocaine, which gave him the sad realization that those friendships were based purely on the foundation they were addicted to the same drugs.

When asked about the most fulfilling and most frustrating parts of drug abuse, George says it’s a vicious cycle. The most fulfilling part is it gives a release from life’s problems, worries, and stressors; however, the most frustrating part is when the high comes down, the problems are still there. Time has been wasted being high, rather than solving the problems, and now he has less money, which doesn’t help his financial problems.

George is now off drugs for the most part, though he says he will continue to smoke weed throughout his life; however, he is worried about potentially developing short-term memory loss within the next 20 years and Alzheimer’s later in life from the constant smoking. He reluctantly admits he wants to try heroin at some point, simply out of curiosity of what the ultimate high feels like, though he wants to be in a good mental state when he tries it so he does not get addicted. George tells those curious or new to drug culture, to know your limits, and be confident enough to refuse something you’re unsure about. Finally, he says to seek out help if you are worried, and organizations like AA and NA are great resources.

As I begin this interview, Clarita confesses she is currently smoking her second blunt, which makes me laugh at the irony of the situation. She is a full-time student at university, and works a part-time job. Her hopes post-university are to work in policy writing, and potentially become a congresswoman, though she fears a corruption of her soul if she ends up becoming a politician. Clarita uses marijuana multiple times throughout the day, and other than occasionally using hallucinogens with friends on special occasions, she does nothing else. She does not drink.

Clarita had grown up around drugs since she was born. Her friends, and even her doctors more formally introduced her to narcotics, as she suffered from multiple chronic stomach disorders and marijuana seemed to be the only thing that could help. More frankly, she was unable to eat without the help of weed. She even says she does not enjoy the high as much as her family and friends, almost purely using it to calm her stomach. Furthermore, she states she is not addicted to weed because she uses it purely medically; that she is no more addicted to marijuana than a person with diabetes is addicted to their daily insulin shot.

Though she firmly believes in only using marijuana, Clarita often feels peer pressured into using narcotics her friends are using when she’s around, and has to be extremely careful to not overdo anything. It also causes her great pain to see her friends and family abuse more harmful narcotics, and she often has trouble communicating it to them if she sees a problem.

Clarita says marijuana has saved her life, as she is unsure how she would eat or ignore her stomach pains without it. It is frustrating to her that lawmakers stick to the stigma of marijuana, and ignore cases like hers where it has truly benefited her medical conditions. Clarita would like to quit smoking soon, and find a legal and long-term solution to her stomach problems. Her doctors want to send her to a Mayo clinic to do physical therapy, which could benefit her stomach pains, but require her first to pass a drug test.

For those wondering about drugs or interested in trying them, Clarita says always be curious and never be afraid to ask questions. Do as much research as you can and don’t rely on friends for factual answers. Look out for yourself and know your limits, because your mind and body do have them. Finally, she says to never jump into anything without giving it a good deal of thought, and be confident to say you’ve had enough or no.

According to CBS News, 47% of young adults have chosen alcohol, and 42.5% have chosen drugs to become a part of their future. Though these statistics may seem shocking or appalling, it is clear from such a high number that those in this group cannot be grouped as a whole, because many came into the drug culture for a variety of reasons. Some use narcotics as an escape, others to make friends, a lot grew up around it and it was normalized, and more often than not there are those seeking medical treatment they cannot or do not want to find from doctors. The drug culture is a massive one and it draws in vast personalities for unique reasons, thus it is in fact harmful to all drug users to be stereotypically classified as lost causes or people who need help, when they are people seeking help through unconventional means.

As Mark Renton said, “Choose your future. Choose life.”, but choosing drugs has become a social taboo. For these seeking medical treatment, they are told to do so through legal means, no matter how impossible it may be and ignoring the fact that legal means have been tried and proven to not work for these individuals. For those who are addicts, society often casts them out. They are shunned and deprived of their dignity. No one will help them, and they drift through their days seeking a hit wherever they can find one, until they eventually waste away to death. However, as our two drug users tell us, this is counterproductive to the problem. Addicts who wish to seek help should be assisted and feel comfortable in support groups such as AA and NA, where they can safely discuss their problems with those like them. Society as a whole should support these types of groups, and work to make sure they are promoted better and grow faster. It’s important to choose your own future and to choose life, but as a society it is also important that we choose respect and understanding.