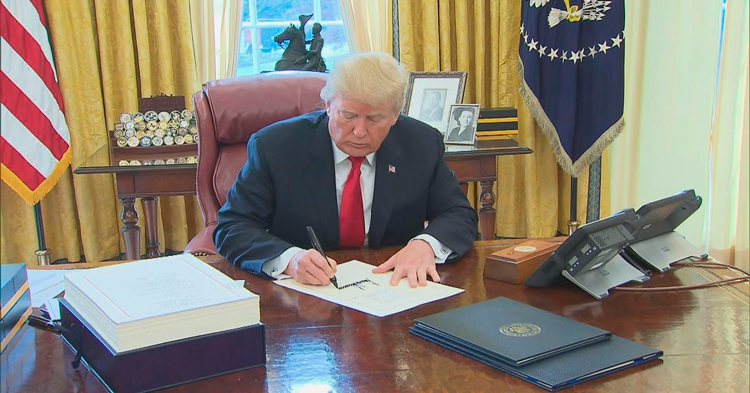 Corporations, the Common Man and the US Tax Cut Bill

The Tax Cuts and Jobs Act signed by Donald Trump in December 22’ 2017 is a sweeping overhaul of the US tax system. The tax cut package has been presented as a big, beautiful ‘Christmas present’ to the middle-class, in conformance to the ‘America First’ agenda and the ‘Main Street not Wall Street’ policy promise by the Trump Govt.

Prima facie, it seems that Trump has played Santa Claus to the middle class after all. The major changes are:

People from almost all tax brackets benefit from the change except those in the erstwhile 33-35 % tax bracket who are pushed up to 35%.

Wow! Looks great but wait….The party is not for long and the host Trump wants the guests out early:

The individual tax rate changes are scheduled to expire within eight years reversing all tax benefits by 2025!

The increased Standard Deduction comes at a cost. The Act eliminates the earlier personal exemption of $4050 per person which used to benefit the poor with large families. e.g. In case of a family of four, if their standard deduction is $12,700 and they’re able to deduct over $16,200 (4050*4) in personal exemptions, that’s $28,900 as against the proposed $24000 standard deduction. There’s no gain for them.

They also benefit from estate tax exemption which doubles and now will be levied only on estates with assets over $11.2 million letting individuals belonging to the Trump tribe pass even more millions of dollars to their heirs.

The benefits to individuals are only in the form of sops, the real gravy has been reserved for companies:

What’s scary is that the bill is flawed on its most fundamental premise—that the bill would pay for itself. i.e. Growth and job creation would be fuelled to such an extent that the tax cuts would offset revenue losses. But it won’t. Given the corporate mind set, corporations that are flush with cash profit, will use it to buy back shares, pay more dividends to shareholders, or perhaps grant small bonuses and not hire more employees.

The bill is a feast for the federal deficit monster who lies in wait; with glee and growing fatter by the day. Most economic forecasts predict that the new tax bill will increase GDP only marginally—by just 1.7% in the long-term while, the federal deficit will climb by nearly $1.5 trillion over the next decade !.This will trigger spending cuts in case of Medicare and Medicaid which would be disastrous for low income Americans. There’s also the worry that the bill’s impact on the deficit will prompt the Federal Reserve to hike interest rates making loans and credit more expensive in the coming years. What’s worse is that it will be in these very trying times ahead that the earlier lower tax benefits will reverse and the poor will be devoid of insurance.

Trumps’ claim of ‘It’s the Main Street…. not Wall Street’  rings hollow. It has been Wall Street all along….. and all the way ahead too. With control of both houses of Congress and the White House for the first time since 2005, Republicans have seized their moment and the nation’s jugular as well.

Not for the masses but their bosses.

But what about revenue losses?

Oh! leave the worrying to those Dem’ asses.