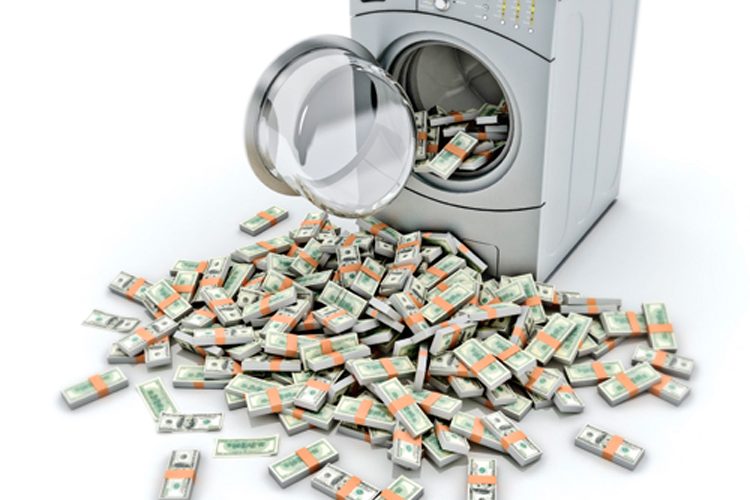 The Secrets of Moolah and Money Laundering

Dirty moolah or Illicit money and its laundering are affecting financial systems all over the world…. This is an understatement. It’s freaking them out!

Yes, illicit financial flows are a big deal! The March 2017 report from Global Financial Integrity a US based think tank on “Transnational Crime and the Developing World” found that worldwide illicit financial flows are valued at an average of $1.6 trillion to $2.2 trillion annually. In a lighter vein, the Gross Criminal Product could exceed the Gross Domestic Product of many developing countries!

Money from corruption, bribery, trafficking of drugs, humans and arms,  smuggling, extortion, fraud, organ trading, poaching, illegal mining, illegal fishing, counterfeiting etc. All of these are ‘profit-making’ activities of organized crime and contribute to the might of their formidable financial empires. Even seemingly legitimate activities like trade mis-invoicing (exporters and importers colluding with each other to under/over invoice goods and stashing away the difference in unofficial bank accounts) and the sophisticated transfer pricing (pricing by MNCs to group companies located in tax havens) adopted by MNC’s  to evade taxes in their home countries are a part of illicit finance too.

But how does illicit money from crime get into the banking and financial system? …through Money Laundering.

The different Stages of Money Laundering

Move- moving the money from the scene of crime

Merge- merging the man with the moolah i.e. re-uniting the laundered funds to its original owner.

At first, cash stashes from crime are broken down into smaller sizes to be deposited into the banking system over time. This is necessary to avoid being flagged by the financial checks operating in the banking system. Dirty cash is also mixed with legitimate business receipts, donations etc and then deposited which makes it even more difficult to detect. Once a sizeable amount has been collected it is then transferred across the globe through numerous small wire transfers.

Traditional unofficial remittance systems like ‘Hawala’ also called Hewala, Hundi, Xawala are also involved a great deal in the movement of money. Hawala transactions are common in South East Asia and the Middle East and Africa and consist of low value and high volume transactions used by migrant workers to send money to their hometowns. In case of Hawala, cash is given by an individual to the hawala dealer in his home country while the individual’s associate/relative receives the same amount in currency abroad through another dealer in the hawala network for a commission built into the currency exchange rate. There is no physical movement of cash. This stage is the most vulnerable and criminals have realized that there are limitations of operating in full-cash environments. Large cash stashes can be very conspicuous leading to a traceable pathway to the perpetrators also leaving it open to confiscation or taxation by govt. authorities, which no’ good’ criminal wants. Here’s where cybercrime comes in bringing with it anonymity and the restrictions of location. But that’s another story…

The tracks of illicit money are covered by ‘masking’ which is forms the second stage of the laundering process. Masking is best done using ‘shell entities’. It is not difficult to start a shell entity as many countries require minimum personal and capital information to be divulged on the application. Only few countries are fully compliant with the “beneficial ownership” rules (rules on declaring who really owns a company) which could track down oligarchs, terrorists, drug lords, mafia bosses, politicians –the real people behind the façade.

The last stage is ‘merging’ or reuniting the man/organization with the moolah i.e. enjoying the fruits of the newly laundered investment by way of buying property, investing in luxury goods, gold, stock markets, investing in new businesses etc. …legitimately.

The Fight Against Money Laundering

The methodology seems quite foolproof. However all is not lost. Nations of the world have awoken to the fact that with globalization, cross-border transactions are the new norm and a global network for automatic exchange of offshore account information to ensure that tax payers pay the right amount of tax to the right jurisdiction is the need of the hour. This concept has been formalized under the ‘Common Reporting System’ or CRS guidelines framed by the OECD which many countries have signed and adopted. The U.S. too has its own legislation under similar lines called as FATCA or (The Foreign Account Tax Compliance Act. The compliance amongst nations towards CRS and FATCA has indeed been very encouraging.

Other world bodies such as The Financial Action Task Force (FATF), the IMF and the UN Conventions against Drugs, Trans-national Organized Crime and Corruption (UNODC) also do a lot of work with developing countries helping them formalize their initiatives in combating money laundering and terror financing. Countries too are taking their own measures in addressing the situation. In November 2016, the Govt. of India carried out a major ‘Demonetization’ drive to primarily weed out corruption money laundering and terror funding.

Transparency, better legislation and strict law enforcement are the keys to combat the menace of illicit money and money laundering. Choking the funds of crime and terror will leave them gasping for survival, giving world security a chance and a reason to smile.