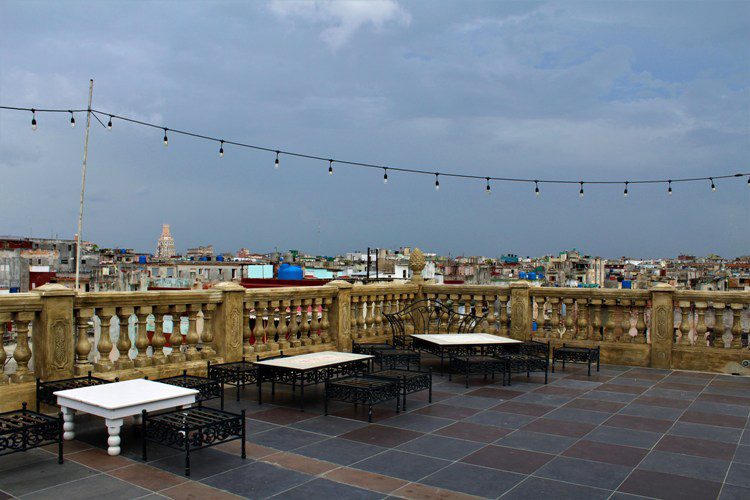 Strolling through Havana’s Centro neighborhood, one can find three iconic Cuban restaurants tucked among lively fruit stands, tireless mechanics working on antique cars and the occasional beeping taxi. Ancient, weathered doors open to these restaurants embedded in Cuban culture that attract presidents, celebrities, tourists, and business travelers to an otherwise gritty and unassuming neighborhood. Each destination is a paladar, a private restaurant opened in former houses, with a unique history that embodies both the vivaciousness, struggles and triumphs of life in Cuba.

“We don’t have to decorate much because the location itself is enough,” says the press spokesperson for La Guarida restaurant, leading guests up the winding marble staircase enclosed with frosted glass. Atop the rooftop balcony, she says, “We undeniably have the better view in all Central Havana.” 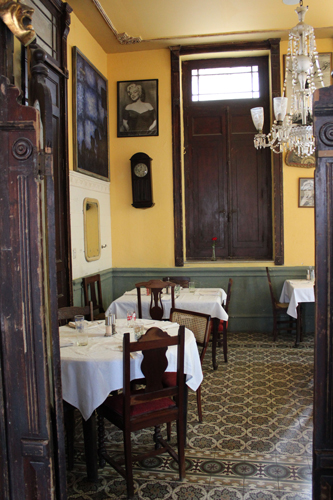 Built in 1913, “La Mansin,” as the locals call it, was home to a doctor with an operating room on the first floor. Following the revolution, it was a multi-family home and birthplace of Enrique Nunez. The famous 1994 film Fresa y Chocolate was filmed on the top floor of the building and following its Oscar-winning success, Nunez knew he must cater to the fans visiting the location, turning the top two floors into a gourmet “Cuban fusion” restaurant. When the opportunity arose in 1994 for Cubans to operate restaurants, La Guardia opened its doors and withstood this trial period for the business owners, succeeding where some 400 other restaurants failed.

Visitors should be prepared for a four-floor walk-up which is well worth the view and served as the setting for Rihanna’s Vanity Fair photo shoot and Madonna’s birthday party two years ago. Other guests have included Natalie Portman, Robert DeNiro, Derek Jeter, Steven Spielberg, and Jada Pinkett Smith… just to name a few. 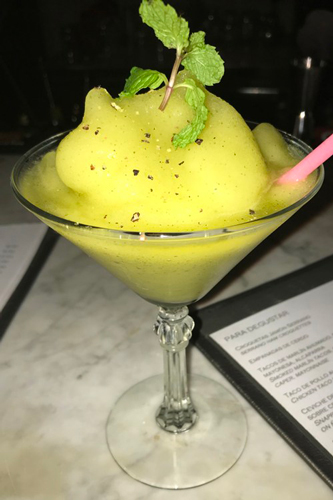 Local, fresh fish cooked caimanero style and suckling pig are among the menu’s stars, ranging in price from 15 to 22 CUC (around $15 to $22). Upon opening, Havana Club bartenders were brought in to design the drink menu, which is sure to impress with signature cocktails such as “La Mansin,” inspired by the neighborhood nickname. The original blue fridge from the set of Fresa y Chocolate still stands in a corner of one dining area and romantic tables for two are secluded on the balconies.

Rooftop views of the Mediterranean to the south and the parliament building to the north require that visitors make reservations, sometimes weeks in advance. Private weddings and business events also add to the sought-after wait list so be sure to call ahead. 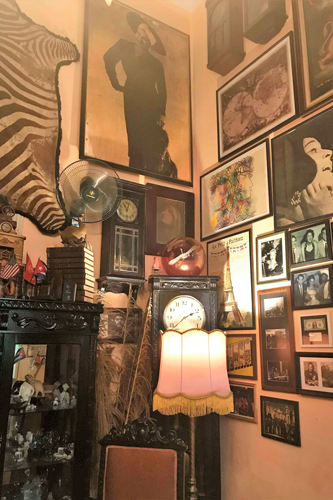 No space is bare on the walls of San Cristobal where prints, photographs, and art create a warm and eccentric atmosphere | Deirdre Bardolf

Down the road, visitors can retrace the footsteps where then-president Barack Obama took his family during his revolutionary trip to Cuba in the spring of 2016, dining at Paladar San Cristobal. Behind white iron gates, sparkling chandeliers accentuate fringed fans, animal skins, and photos of Mick Jagger, Michael Jordon and old Hollywood stars. A framed thank you letter from Michelle Obama where she expresses gratitude to head chef Carlos Cristobal Marquez Valdes for “the opportunity to experience the culture and traditions of the Cuban people first hand” hangs proudly in the room where her family dined on the hog fish special. Obama was the seventh world leader to visit San Cristobal, says restaurant capitan Alejandro. Despite the rich décor, prices are reasonable and dishes range from 15 to 20 CUC. San Cristobal’s extensive menu caters to those seeking authentic dishes but also to vegetarians and dessert lovers alike.

Two blocks away, bustling film crews pile in and out of the doors at the paladar Casa Miglis. Before being known as the owner of the only Swedish-Cuban fusion restaurant on the island, Michel Miglis was acclaimed for his award-winning films and music videos, and for bringing a different kind of fusion, reggaetón, to Cuba, where he trademarked the term “Cubaton.” 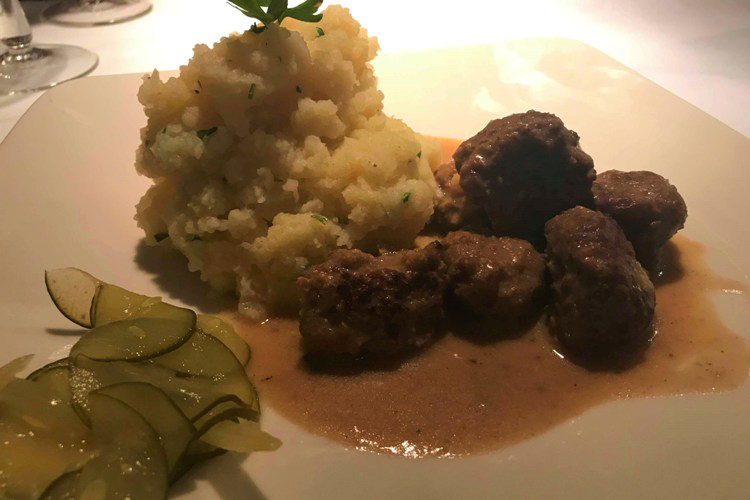 “I thought, ‘If I can direct a film, I should be able to direct a restaurant.’” Since 2000, Casa Miglis has provided a rare hybrid dining experience for Central Havana where traditional Swedish and Greek dishes feature Cuban spice and island staples such as pork and plantains. Guests looking for a unique experience in Cuba must try the Swedish meatballs, Miglis says. Menu options also feature unexpected items such as pork kebabs, deviled eggs, Indian lentil curry, and chimichurri.

“Who will visit a Cuban-Swedish restaurant and expect this plate on the menu? A must! And just imagine, lingon berries brought all the way from the deep Swedish forests,” says Miglis.

For desert, “banana surprise” and homemade rum and raisin ice cream will be a refreshing reprise from the Havana heat. With a drink at the rustic front bar, guests can expect to pay between 15 and 30 CUC each.

Casa Miglis, La Guarida, and Paladar San Cristobal remain three of the longest-lasting private eateries in Central Habana and on an island where menu options are often unavailable due to difficulties in acquiring ingredients, these paladars insist on a standard of having available every item on their menus. For visitors craving authenticity and the warmth of the locals, homes that have been opened to restaurant goers perfectly embody Cuban hospitality.

Culture and history is swirled into the white marbled steps, the yellowed pictures of visitors over the decades, adjacent to traditional and modern Cuban art pieces. La Guarida’s menu opens to a history of the restaurant, quoting the line from Fresa y Chocolate that references the location, and says “In our house, you can discover a city in three periods: historical, current daily living, and hope for the future,” a feeling pervasive in these paladars that exceed unique flavors and traditional inspiration but capture the gritty and tough spirit of Cuba.