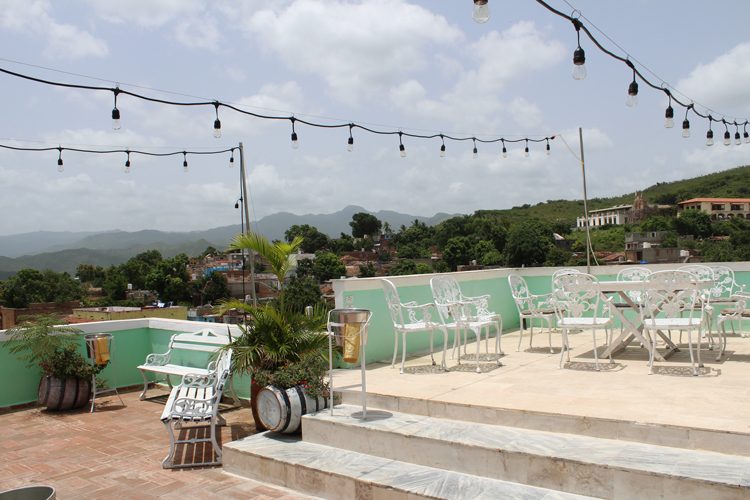 Fine Wines Take Off in the Land of Rum

Minty mojitos, canchancharas sweet with honey, and refreshing Cuba Libres are the known staples of a good time in cities across Cuba. Travel to the southern colonial city of Trinidad though and one will find a more concentrated restaurant and bar scene compared to Havana, and an emerging wine and beer culture that may catch tourists by surprise, especially if they come from countries sprinkled with wineries, beer gardens and breweries. 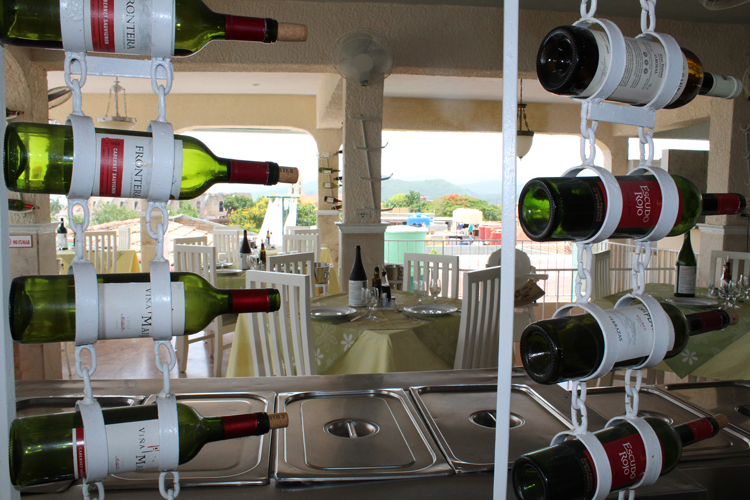 “Growing up, I never had the possibility to drink wine so now that I can do it, I want to give others that opportunity,” says Dany “Bolo” Santos, famed Cuban sommelier and owner of the Vista Gourmet restaurant in Trinidad. Despite difficulties that Cuban owners of the privately-run paladar eateries face and the complicated process of the government approving all commercial wine purchases, Bolo says that providing an extensive and worldly collection of wine has help set his restaurant apart.

“There is more of a market now for buying and selling wines here in Cuba and there are others who have gained the same sommelier training like me,” says Bolo. Wine is popular among areas heavily visited by tourists but more Cuban people are learning about good wine as well, he says. In 2006, Bolo was named head of the first club of sommeliers in Trinidad.

“For me, the grape is the best fruit,” Bolo says, looking down and gesturing towards a cascading grape wine tattooed on his arm.

Vista Gourmet’s signature dish is the Surgencia del Bolo, Bolo’s Suggestion, and is a mixed plate of grilled lobster with calamari and shrimp or fish, for 22.95 CUC’s (around $23 USD). This dish is paired best with a Spanish white wine from albarino grapes, Bolo states, such as the Spanish Marques de Riscal for 35 CUC. The authentic Cuban dish, ropa vieja, is complimented by a red tempranillo, explains Bolo. His favorite, however, is the lamb with fried sweet potatoes, accompanied by a glass of Sangre de Toro, also from Spain.

Celebrate Vista Gourmet’s seventh anniversary this coming August and enjoy a meal in the dining room or a drink on the rooftop terrace, both offering stunning views of the city framed by the distant mountains. Outside of the summer season, Vista Gourmet offers a buffet in addition to a la carte menu options.

Aside from hearty Cuban dinners, there is wine to be found south of the colonial city while enjoying a day at the beach. Playa Ancon is home to the “Viernes Vino,” or Friday Wine, event on the last Friday of every month, hosted by the Trinidad Colonial restaurant. Also tucked away in the Hotel Ancon is Habaneros Trinidad, a quaint restaurant and bar featuring a chilled wine cellar for guests to browse. The selection here spans reds such as the 2010 Casillero del Diablo from Chile and the 2006 Deakin Estate merlot of Australia. For sweltering beach days, cool off with a refreshing glass of Frontera sauvignon blanc from Chile. 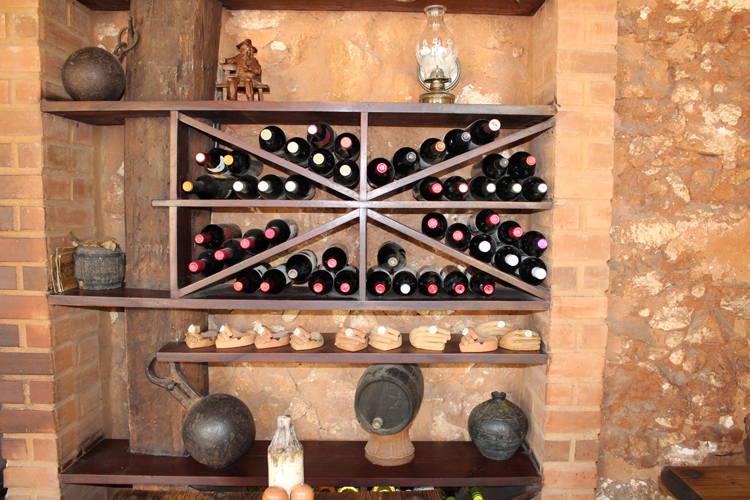 For a more local dinner in the heart of Trinidad, find international cuisine mixed with some Cuban classics at Taberna La Botija, open 24 hours a day. Dishes start at 3.50 CUC and are served in a rustic, earthy, and intimate setting. A surprisingly large wine list includes reds, whites, sparkling and rose wines.

For those whose drink of choice is of the hops variety, Casa de la Cerveza provides a biergarten atmosphere reminiscent of Germany. Cerveza is difficult to import to Cuba and although the menu offers only four beers, Bucanero Fuerte, Presidente, Cristal, and the Dutch Windmill, the rustic setting has a history noble enough to lure tourists in. A Spanish sugar baron commissioned the theater to be built in the mid-1800’s for his mistress, a singer, to perform in. The location remained a theater up until five years ago when Casa de la Cerveza opened and they continue to provide live music on the weekends. Ivy climbs along the walls and original brickwork peaks through the greenery, giving tourists and locals alike an ancient glimpse into the past. Large picnic-style tables are perfect for big parties but only peanuts are served so be sure to have another dinner plan in mind. Lively and welcoming décor is visible from the street where from behind iron fencing peak two giant cutouts of the bar’s most poplar beers and a map featuring the most famous cerveza in every country glows on the wall. 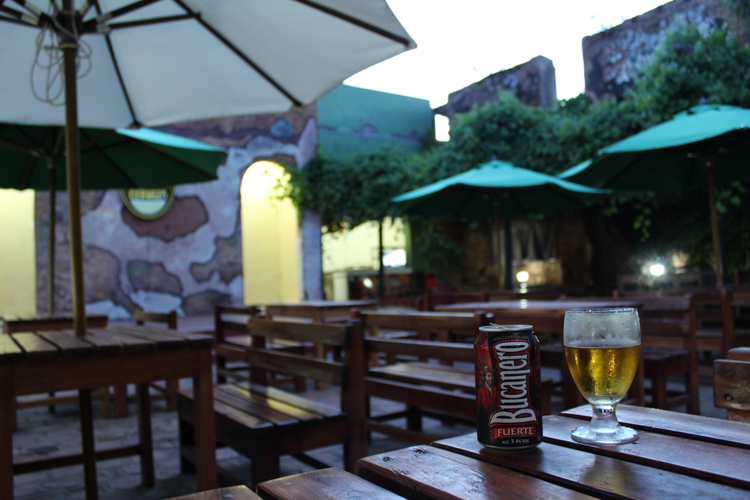 For travelers visiting Cuba later in the summer, the highly-anticipated Factoria Santa Ana will be opening its doors as the 5th microbrewery of its kind in the country. Set in a restored antique and monumental building in Plaza Santa Ana, the different floors and outside patios will fit over 300 people and feature a buffet restaurant, karaoke bar, wine cellar, shopping, and tourism agency representatives. 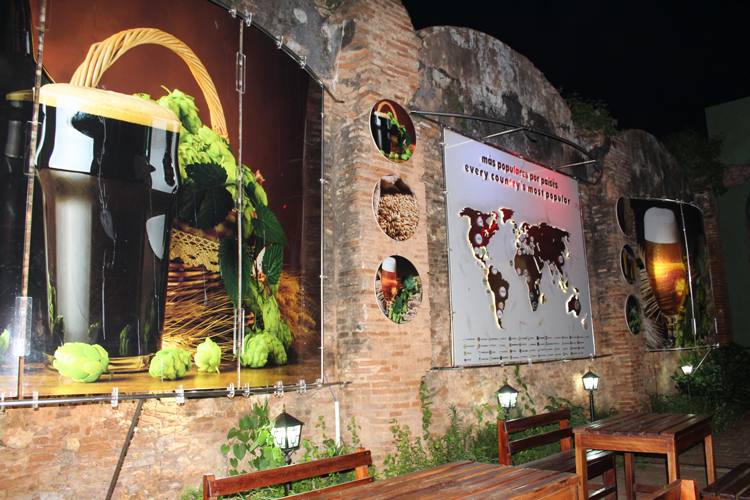 The opening of the Factoria Santa Ana, upcoming Viernes Vino events, and a growing community of sommeliers in Trinidad promise ever-expanding knowledge and passion for fine wine and beers in Trinidad that are sure to challenge the popularity of the beloved rum cocktails typically at the forefront of the Cuban drink scene.