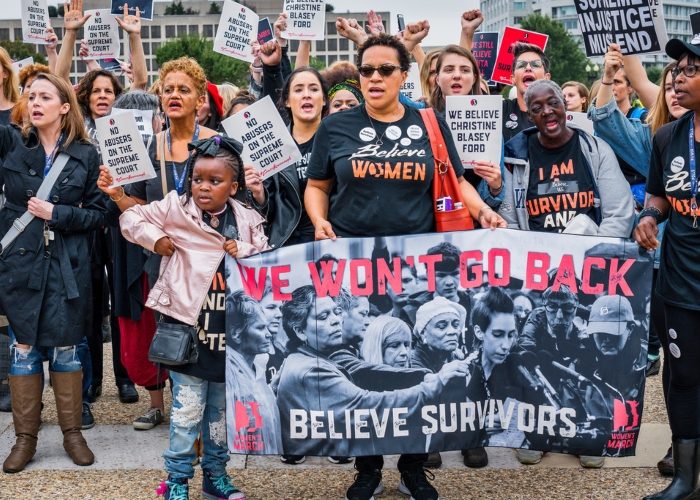 A group of protestors | Mobilus M

When sexual assault allegations surfaced against Supreme Court Justice Brett Kavanaugh during his nomination process, I did not think there was any way he would be confirmed.

Maybe it was because 2018 has been the year of the #MeToo Movement’s peak – where we saw the takedown of powerful figures because of their sexual misconduct. Maybe it was because I was not alive to see the Clarence Thomas and Anita Hill hearings 27 years ago, and I thought that America would be incapable of making those same mistakes again. Or maybe it was because when I listened to Dr. Christine Blasey Ford’s heart-wrenching testimony, it resonated with me and my own experience.

And while I knew there were going to be people who discredited her, as there are with every sexual assault allegation, I had no idea how strong the backlash would be. Victims across the United States witnessed a disgraceful response when an educated, dignified, credible woman came forward with allegations. Many of us were disappointed and disheartened by everything we saw.

From the minute Dr. Ford took the stand, I knew she was telling the truth – because I myself have lived it. My assault was eerily similar to what she experienced, and so was the aftermath. She told the story of a young girl on what seemed like it would be an uneventful evening with friends, until suddenly it wasn’t. I listened to her tell the story of how she was taken by surprise and terrified, and how nobody else at the gathering seemed to notice. Dr. Ford explained that she since she had not been raped, she decided not to come forward. She thought she could put it behind her faster if she did not make a big deal out of it.

I heard her say this, and for the first time since I was assaulted, I felt like I could relate to somebody. I chose not to come forward for the same reasons. I did not understand why I was traumatized; I felt like the fact I hadn’t been raped was the only thing I needed to focus on. But Dr. Ford explained the lasting impact the trauma had on her academic and personal life and how she struggled with symptoms of PTSD for years after the incident.

After feeling like nobody knew what I was going through for so long, I saw a story that mirrored my own. She spoke about everything sexual assault survivors are terrified to share, and she did so with such dignity and grace. It was inspiring to see someone take such an agonizing, horrifying experience, and not only be able to move past it and build a successful life, but to be able to talk about that horrible experience in front of the world.

The main argument presented by Kavanaugh and many of his supporters is that he is incapable of having committed these crimes because of who he was in high school and college. For them, all of his accomplishments have ruled out that ugly possibility. He studied in respectable schools, focused on religion, and was very involved in athletics. It could never be someone like him.

As a victim of sexual assault, I don’t think the testimony he gives about his academics, sports, and friendships means that he didn’t sexually assault anyone. Even if everything he said about who he was in high school and college was true, he still could have done it. I say this because my assailant is very much like Brett Kavanaugh – a bright student at a highly-respected university. Before he assaulted me, I would have never expected him to be the person to traumatize me for life.

That night, I learned that the things that define someone’s character are not where they go to school, what they study, what sports they play, or how religious they are. The things that define a person’s character are how they treat people when nobody else is watching, when there are little or no potential consequences. You never know what someone is capable of behind closed doors.

I’m not saying that Kavanaugh definitely engaged in the behavior of which he’s been accused. I’m saying that he was definitely capable of doing it, regardless of his academic and athletic success. One has nothing to do with the other. 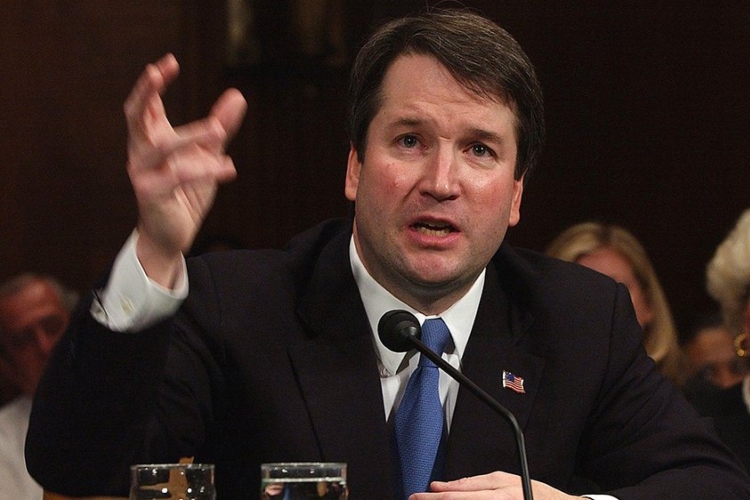 During a 60 Minutes interview, Trump claimed that he treated Dr. Ford with great respect during Kavanaugh’s confirmation process. That couldn’t be further from the truth. During a campaign rally on August 2, Trump mimicked and mocked Dr. Ford. His comments not only undermine our justice system, but they are disrespectful to women and sexual assault survivors across the country.

Even though this kind of talk is unsurprising and almost expected from the current administration, it feels like they’re adding insult to injury for survivors of sexual assault. The reaction from Trump, and everyone in that rally, is exactly why we don’t come forward. Our greatest fear is being disbelieved, because it’s such a difficult thing to vocalize. Finding the courage needed to speak up only to have people take you down is agonizing. This makes sexual assault one of the most under-reported crimes, even though about 90% of allegations are true.

Unfortunately, the lesson for sexual assault survivors is that there is little good reason to come forward. Being a credible witness, giving an organized and powerful testimony, and having no ulterior motives did not help Dr. Ford’s case. Unfortunately, doing what she felt to be the right thing created chaos for her and her family, and she recalled the process of coming forward publicly as one of worst experiences of her life. 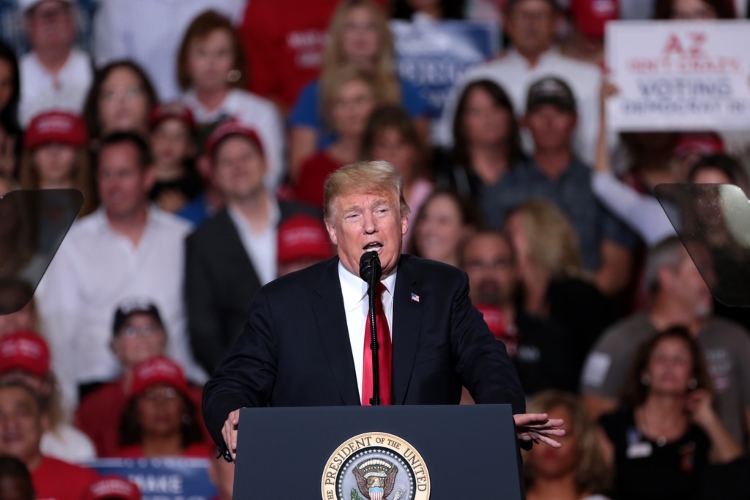 I think that this moment serves as an opportunity to shape how we look at and respond to allegations of sexual assault. How do we, as a nation, want victims to feel about coming forward? Do we want them to feel like they have to put everything on the line for coming forward, or do we want them to feel protected? How can we assure victims that they are represented by our government after what we’ve witnessed?

We need to use the 2018 midterms and the 2020 elections to vote for people who will represent us. Not only can you vote, but you can also help people register, drive people to the polls, volunteer for a campaign, or spread the word on social media. Do whatever you can to use your voice and make a change.

Of all people eligible to vote in the United States, only about 56% exercise this fundamental right. This means that only a portion of the population is making decisions that represent the masses, but we can change that. In 2000, the presidential election was swayed by 537 votes in Florida, proving that every single person and vote makes a difference.