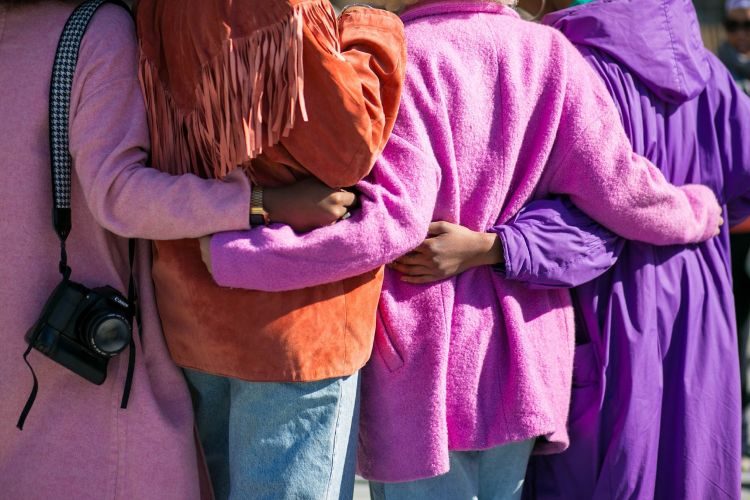 Four women standing with their arms around each other Vonecia Carswell

I never thought I’d say this, but in spite of the endless atrocities of the Trump presidency, this administration has actually done one thing right – ironically, by being truly bigoted and shamelessly sexist. Think about it: feminism has never progressed so much in such a short period of time. On the U.S. political spectrum alone, more and more women are coming forward, taking up jobs we were once discouraged, even forbidden, to apply for.

Already in 2018, women candidates have broken the records for the number of candidates for governor, U.S. House, and U.S. Senate. And that trend continued in the 2018 midterm elections.

Evidently, Trump’s unique brand of misogyny has fueled female fearlessness, just as it has also given confidence to sexists and racists to become even more aggressive in their opinion and action. The number of women coming forward when it comes to pursuing accountability and justice against sexual harassment is considerably denser in 2018 than in the last years.

This year about one in three women (35%) reported being harassed on the job, where last year it was one out of every four. There are a number of factors attributing to this, and Trump is definitely part of it. Of course, there’s the surfacing of sexual allegations (currently marked at 22 cases to date) against him, alongside those against his high-profile comrades, which gave courage to those who have suffered the same as these women to stand up. Then, there’s also the #MeToo movement and the #TimesUp movement, amongst other efforts. (Yay girl power!)

So, yes, feminism has gone a long way. Yet, we still say things like “don’t be such a pussy” and “be more ladylike.” Over the recent years, more and more people have started to call out the language we use, and we’ve started to see the problem in certain everyday phrases which insinuate that femininity equals weak or soft. Phrases as such seem so harmless, but what kind of message do they send?

A few months ago, my girlfriends and I were hanging out, and as we talked about roommates, one of them said: “I prefer living with guys because they’re less dramatic.” Another agreed.

Dramatic is an adjective we now use to describe females when they are trying to deal with a situation they don’t like. It is now a term that also associates one’s state of despair, anger or helplessness with a negative female connotation. When I first heard it, something felt off but I couldn’t put a finger on it. It took me a couple of weeks before I realized why that phrase stuck to me so insistently.

In a separate conversation, another girlfriend told me that “girls tend to overreact and overthink when it comes to relationships.” Overreact is a term that describes when a person consciously and intentionally exaggerates an issue. Turn the tables around and the same action when a guy does it is considered “insane” or “crazy” – a state of mind commonly accepted as beyond one’s control, perhaps even one that an individual is forced into by circumstances.

The holy grail of female-shaming phrases is perhaps “son of a bitch.” Let us take a moment to digest this. Honestly, how is it that even when we’re mad at the guy, we’ve directed the insult towards his mother, who is probably not even in the picture of which has ignited our anger in the first place? Let’s not forget the all-time favorite, “bitching.” It’s a word that has given “venting out” – an action that is natural and genderless – a negative female association.

I won’t lie. I have met a fair share of terrible people, half of them female. I was bullied throughout high school, most of my bullies female. I’d be lying if I said that my experiences have never fazed me from female friendships as a teenager. I’d also be hypocritical if I didn’t confess that I’ve said things like “I prefer guy friends because they’re less dramatic/they’re easier” or “female friendships are so complicated” and other narratives along those lines. Looking back, I can’t do anything but cringe about how derogative phrases as such actually are.

The problem of generalizing whole communities is something that happens more often than it should. Mexicans are stereotyped as drug dealers, Africans illiterate or criminals, East Asians model minority, Middle Easterns radical Islamic terrorists,  transgendered people sexual predators. I suppose it is understandable, albeit very stupid, how easy it is for us to stereotype something that is foreign to us. It is, unfortunately, one of the biggest flaws of human nature. But, people attacking their own people, their own community? That is unfathomable, and truly beyond me.

Regardless of why we do it, we need to end it.

Ladies, we have enough problems on our plates. We’re already being discriminated in many ways because we are perceived as the weaker gender. By being female, we are already being stereotyped by non-females, and we’re not helping the feminism conversation by slandering our own gender. We need to stop stereotyping our gender just because we’ve had some unpleasant experiences with certain female individuals. This is our reputation and our community, we need to start looking out for us.