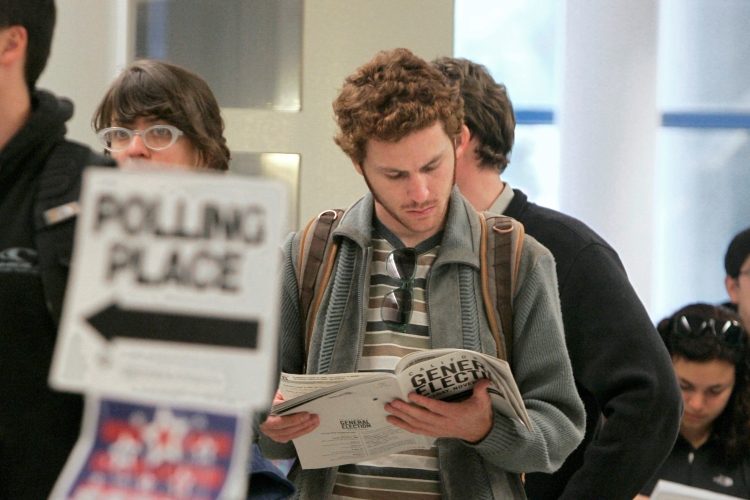 Generation Z is the newest and youngest generation in the world, and for many of them in the United States, the past two or three elections have been the first times they have had the opportunity to vote. Whether they have been able to participate already or their first election is on its way, it is a good time to review the campaigning and voting process, why it matters, and what to consider before going to the polls.

Nearly every generation before has stumbled when it comes to voting effectively and in the best way possible, but the beautiful thing about democracy is there is always room and time to change. Here are four aspects of voting and politics all young voters in America should take into account as they become of legal age to vote and make change in our government.

First, and most importantly, voting matters. There is a valid argument that federal elections carry less weight for visible changes, as whatever is decided in D.C. will most often not change the daily life of most Americans; however, voting in these elections is crucial, as it will decide who represents the state and her interests in the capitol. Additionally, the Electoral College will cast their vote for president based on how the people in their state vote; even though the people don’t directly elect the president, their votes tell their Electoral College representatives who to vote for.

Thus, whom someone votes for in the presidential election is quite significant. Look at Iowa, a state that voted for Barack Obama twice, only to follow up with the state’s Electoral College votes going to Donald Trump in the 2016 presidential election. Moreover, voting matters even more on a state and local level, levels which are often forgotten and seen as less important. Whoever gets elected into these positions will make policies that have daily and visible effects on their constituents’ daily lives. So, if one must vote at all, local and state elections are the time to hit the polls.

2. Vote your own age

Speaking of politicians making policies that will have a visible and daily effect on the lives of their constituents, Generation Z voters should start campaigning for and electing candidates who are closer to their age, whose values and views on the future will most likely be similar. Candidates over the age of 45 rarely share the same interests or values younger voters have.

Furthermore, candidates focus their time specifically on voters who turn out during the election season. According to an NPR report of all the Millennial and Generation Z’s who could vote, only 46% of them did, compared to the Silent Generation’s 72%. Candidates need to get as many votes as possible and will base their policy stances around those who show up to vote for them. If the younger generations want candidates to enact policies they find beneficial, it is necessary for them to turn out to the polls. It is the only real way to get candidates and politicians to listen to them.

The younger generations have a lot to learn about how the American political system functions, and looking at how the older generations have viewed it, they are not seeing democracy run at its most effective. There are two things Millennials and Z’s should consider before starting their career as participants in government. First is to understand that losing an election is not a lethal blow to the values or party they stand for. Many politicians and both political parties treat an election loss as a sign of the end times for the America they desire.

A democracy only works when the loser agrees to lose, and this is a not loser agreeing to lose. It means constant bickering and stalemates in the legislator, because one side cannot accept the other winning. A democracy is supposed to move slowly, but when it fails to move at all the whole nation becomes stagnant.

This moves right into the second consideration, which is that compromise is everything. Since the founding of the United States more than 225 years ago, the country has been primarily a two-party state, and the two parties have become increasingly polarized over time. Both sides desire an extremely similar end but seemingly have two very different ways of getting there. For either party to believe they can fully have their way is naïve and childish; both will find themselves being the party in power and not in power. Rather than try to push their agenda without consideration to other interest while in power, or try and stall any legislation or policy when not in power, both parties must try and come together to form compromises.

Compromise, though obviously not ideal, is the only way for a democracy to slowly progress. The United States is a state of 300 million people with different ethnicities, cultures, and values. To try and represent every interest when making policy, it is crucial to find a middle ground, rather than assume a particular stance on the issue takes priority over how others may view it. Democracy is beautiful, not by dominating policies the way one party sees fit, but because the party not in power has a chance to put their interests (however small) into the policies in question.

The new generation is finally getting to the age where they can have their say in how the United States government runs, and it is important they are aware of the problems that plague our political system and how to effectively counter them. They must get out to the polls so candidates will have to listen to their interests if they want to get elected or re-elected; vote for candidates closer to their age who will have similar policy stances; understand losing isn’t detrimental to their value system; and learn that compromise is the only way for a democracy to progress.