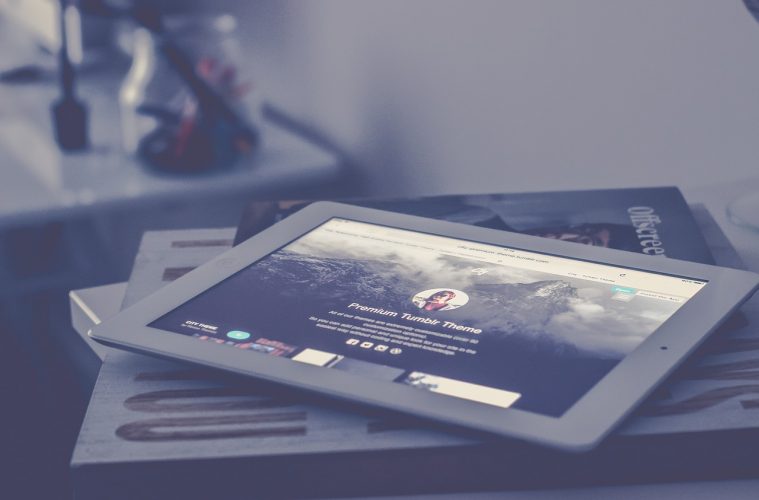 Tumblr being used on a tablet | Pixabay

Tumblr: Beginning of the End?

For years, there has been one social media network that has amassed and maintained loyal users from all around the internet: despite the system changes, constant fear of demise and a turbulent leadership. From high school teenagers, photography enthusiasts, and artistic souls; from writers to illustrators; from isolated teens in rural areas to the hipster aesthetic, pioneered and burgeoned by the “Tumblr famous,” all could be found on Tumblr. Indeed, the site is a collage of all shapes and forms, ultimately covering the controversial, more provocative, brow-raising content. Of course, this alludes to the embrace of creative endeavor and adult content. No more.

On 17 December 2018, the blogging platform and social media giant Tumblr has once again caved and officially banned adult content in accordance with the company’s claim of a more inclusive network – adult content referring to “photos, videos, or GIFs that show real-life human genitals” and content that depicts sex acts. In 2013, the company made a similar move, whereby adult blogs were essentially exiled and made unfindable by Yahoo, which lasted a mere 24 hours before the decision was quietly reverted due to the incredible backlash faced by Tumblr’s owner at the time, Yahoo.

Now owned by Verizon Media Group, the announcement of the policy change came after Apple’s decision to remove the app on their App store for the unwitting proliferation of child pornography on the platform. Despite the changes in leadership, Jeff D’Onofrio has remained CEO, which bears no consolation for the thousands of users displaced, as he supports the move in his blog post:

“Over the past several months, and inspired by our storied past, we’ve given serious thought to who we want to be to our community moving forward and have been hard at work laying the foundation for a better Tumblr. We’ve realized that in order to continue to fulfill our promise and place in culture, especially as it evolves, we must change.”

Furthermore, in his blog post, the CEO, whilst not stating the removal of the app from the Apple’s App store as the ultimate cause, leaves room for speculation and a deduction of the event as the likely culprit for finally tipping Tumblr into the decision:

“Let’s first be unequivocal about something that should not be confused with today’s policy change: posting anything that is harmful to minors …  is abhorrent and has no place in our community. We’ve always had and always will have a zero-tolerance policy for this type of content.”

Unlike Yahoo’s mismanagement, this move has been touted as Tumblr’s ultimate doom. For despite Yahoo’s first, clumsy, and ill-thought-out attempt at banning adult content on the platform, at the end of the day, the changes that remained were around advertising. 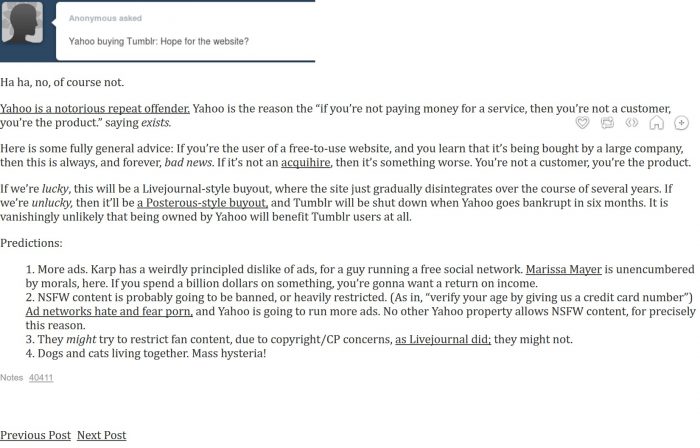 Changing nothing fundamental, Yahoo seemingly gave the site and its users a stay of execution. Management changed and problems persisted, but the core allure of Tumblr remained largely intact – a community wherein freedom of expression in multiple ways reigned in an intuitive and fluid platform.

Fluidity is the hurdle to the exodus of the platform’s users. As of now, there seems to be no contender to replace Tumblr’s own concoction of blogging and social media. However, demand will surely win out if the site’s decision is not reversed. Multiple users have already begun the search: 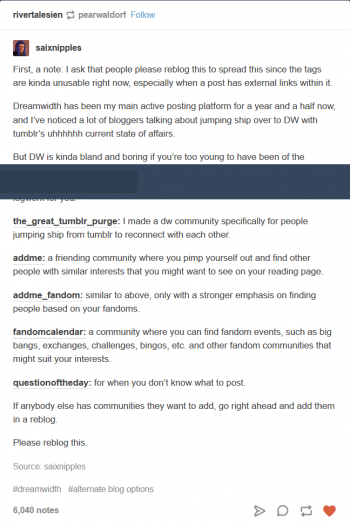 Moreover, multiple sites all around the internet have seen an increase in popularity, some chiming in as an alternative and a welcome abode for Tumblr’s disappointed and disgruntled users:

“Some of you might be dismayed at the thought of more lewd content on NG while others are super excited,” says a post on Newsground, welcoming Tumblr users.

“It’s a completely decentralised social network which combines the best bits of Twitter and Tumblr, but the technology is structured in a way whereby it can never be shut down,” says a post by Mastadon inviting users from Tumblr.

“So even though I never liked twitter, I forced myself to get an account because everyone’s leaving tumblr to twitter. Here we are, I guess. #ThanksTumblr” — Lie (@livinglittlelie) December 4, 2018

Despite all this, it seems the verdict might still be out on whether this ban weathers the storm that is the outrage of its user base. The swift, critical, and threatening response of the platform’s longstanding users has resulted in a petition to rescind the decision, signed by over 500,000, with the numbers going strong by the second on Change.org.