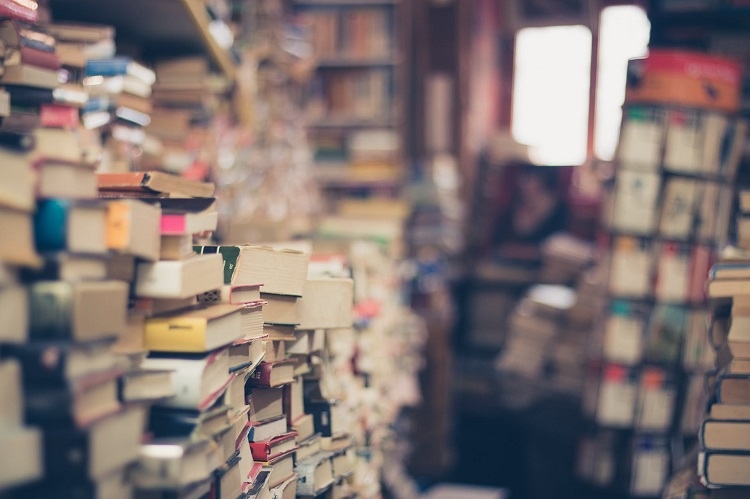 Around the World in 15 Books: How You Can Travel Without Leaving Home

Simply stepping inside of a bookshop can often feel like wandering into another world. The calming stillness of the shelves, the countless spines to run your fingers across, the hushed tones of book lovers chatting to one another, the musky smell that reminds you of bedtime stories: there’s a magic to books that makes you feel like you can travel anywhere.

Yet, sometimes we’re so caught up chasing dragons and performing spells that we forget that there’s magic in our own world too, and this can so easily be explored through authors and stories from around the world. There’s a whole world out there, and we have it our fingertips, if only we reach for the books that are brought to us from around the globe.

1. Spain: The Shadow of the Wind – Carlos Ruiz Zafon

Zafon’s storytelling is nothing short of mesmerizing. The novel follows the story of Daniel Sempere who, after discovering a book titled The Shadow of the Wind, begins to unravel the mystery behind why copies are being burnt by a mysterious stranger named after the devil and the curious life of the man who wrote it. Set against the historic backdrop of Barcelona after the Spanish Civil War, Zafon takes the reader on a journey through the backstreets of the city and leaves them feeling as though they have been let in on Spain’s best-kept secret.

A more contemporary novel brings us to Paris. A heart-warming tale of finding love, friendship and happiness after heartbreak – with a little help of a bookshop on a barge. Jean Perdu runs a literary apothecary, offering the people of Paris the remedy to their emotional ills in the form of books, but he himself has suffered from chronic heartbreak after the love of his life left Paris twenty-one years ago. Along with Perdu, the reader will travel through the canals of France and rediscover a past that has been hidden for two decades. This story is perfect for those days where there’s nothing to curl up and remind yourself of the curative magic of books.

Adichie tells the story of a young Nigerian woman, Ifemelu, who moves to America to study at university after Nigeria is taken over by a military dictatorship. Weaving the story of both countries together, the reader follows Ifemelu’s love story with classmate Obinze. Offering a perspective on race and what it means to be an African living in America, Adichie’s novel gives the reader a gripping and thought-provoking tale that effortlessly raises questions about identity and home.

This autobiography documents one woman’s experiences throughout South Africa’s apartheid regime. Written to be given to her grandchildren, the work of Magona lays out frankly the reality of the regime from the perspective of a young Xhosa woman. Taking the reader through the first 23 years of her life, from her childhood, through her teacher training to her work as a domestic servant, Magona’s lively account brings to life the struggles she, and her community, faced during apartheid. You’re guaranteed to feel every emotion alongside her and leave with a new perspective on the nation and its people.

One of Japan’s most renowned authors writes a novel heavy with nostalgia, telling the story of Toru Watanabe, who is reflecting on his days living as a student in Tokyo. As he develops relationships with two different women, Murakami’s coming-of-age tale of young love is set against the political backdrop of the 1960s, a decade where many Japanese students were protesting against the established order. The thought-provoking novel not only gives a brilliant insight into Japanese culture during the mid-20th century, but leaves the reader with a sense of longing for their past and their loved ones.

6. Pakistan: I Am Malala – Malala Yousafzai

The girl who stood up for education: this autobiography follows the extraordinary early life of Malala Yousafzai, whose activism for female education led to her being shot at age 15. The book spans from her childhood and life before the Taliban, through the changing political regime to her fight for female education, to her shooting by the organization in 2012. The book gives life to a regime that is all too often only shown to us through news reports and offers an insight into the remarkable life and story of Malala.

The story focuses on the BuendÍa family, whose patriarch founded the fictional Colombian town of Macondo. Spanning over seven generations, the novel uses magical realism to capture the essence of the country. As the characters become part of the fabric of Colombian history, each experiences their own solitude throughout their lives in the town. Márquez’s novel was produced during the Latin American Boom of the 1960s and 1970s, and has been it become a beacon of Colombian literature throughout the world.

Straddling two different time periods, Outlander follows Claire, a women who finds herself in the 18th-century Highlands after traveling through time whilst on her honeymoon in 1945. As she adjusts to the harsh reality of life in the 1700s, Claire becomes torn between two men, her husband back home in the 20th century, and Highland warrior Jamie Fraser. Gabaldon offers not only a thrilling love story, but a beautifully detailed historical narrative, weaving historical facts with magical myths seamlessly. Outlander will leave you breathless and with a yearning for the Highlands.

A modern classic which has graced many high school literature classes, Steinbeck’s novel offers a gritty and emotional look into life in the Dustbowl during America’s Great Depression. Itinerant workers George and Lenny search for work on various ranches, looking to make enough money to sustain them, but are met with cruel and harsh realities at every turn. A true American classic, Of Mice and Men brings to life the American experience for many during the 20th-century and leaves the reader mourning for the lives left in ruin as a consequence.

Referred to by Tolstoy as his first true novel, the sprawling tale hosts more than a dozen major characters and delves into the complex social strata of 19th-century Saint Petersburg. Centering on the affair of Anna and cavalry officer Count Alexei Kirillovich Vronsky, which causes a scandal that forces the young lovers to flee Russia, Tolstoy creates characters that are impossible not to feel a connection to. Considered by many to be one of the greatest works of literature ever produced, and set against the backdrop of a rapidly changing Russia, Anna Karenina is a novel that no bookshelf is complete without.

This is the tale of the grumpiest man you’re ever likely to meet. Can you blame him? He knows fine well he is surrounded by idiots, neighbors, joggers, and shop assistants. Ove is committed to making sure things are exactly the way things should be. This novel is the perfect book to get you out of that reading slump and has the added bonus of making you laugh and cry. The uplifting tale of love and second chances may just make you fall in love with life.

Perfect for people who love their fiction woven into history, Seethaler sets his story in Vienna at the dawn of World War II. Franz leaves his home in rural Austria for bustling Vienna, and takes up a job at a tobacconist. One regular, Professor Sigmund Freud, strikes up an unlikely friendship with Franz as he navigates his way through the everyday trials of urban life, love and homesickness, in a city operating in the shadow of the Third Reich.

Written by a Danish author, Out of Africa is the memoir of the years in which she made Kenya her home. Written in 1937, Blixen offers a unique and insightful perspective on the final years of colonialism, as she and her husband ran their coffee plantation from 1914 until 1931. Telling the story of a way of life that has now faded into the pages of history books, the poignant reflection upon her friendships with people from the area, her love of the land and the animals, and the failure of the plantation may leave you wanting to book a flight to Africa.

The first novel of this phenomenal author, The Kite Runner tells the story of Amir, a young boy from the Wazir Akbar Khan district of Kabul, and his best friend Hassan. Set against the political turmoil following the fall Afghanistan’s monarchy, the novel pursues the friendship of the boys throughout their life, as Amir attempts to atone for a mistake made in childhood. Gripping and thought-provoking, this novel pursues the theme of lifelong friendship and guilt and resonates with readers of any background.

This is the story of three daughters of China. Spanning a century, Chang documents the life of her grandmother and mother, before finally recounting her own story. From her grandmother, one of the last Chinese women to have her feet bound, to her mother, who worked for the Communist Party of China, the novel is woven into the history of the country. It brings the reality of China’s past – as well as the past of the author – into clear focus.