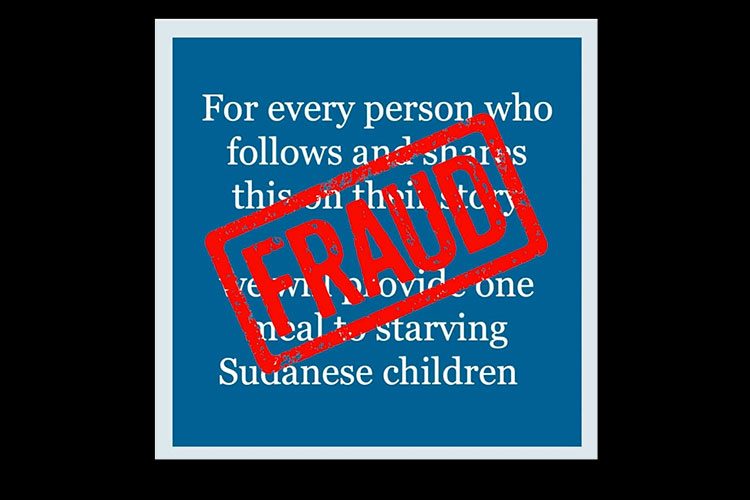 Fake Instagrams Claim to Help Sudan Crisis, But All They Want Are Followers

If you’ve been on Instagram and Twitter in the last few weeks, you may have noticed a large amount of people changing their profile pictures to blue. This sudden change in avatars has nothing to do with the aesthetics of the color blue itself, but it serves as a show of support for 26 year old Mohammed Hashim Mattar, a young man murdered by the military security services in Sudan earlier this month as part of the terrible crisis ravaging the North African country.

After his death, Mattar’s friends and family began changing their pictures to his favorite color — indigo blue — as a way of honoring him, but now it has become an international symbol of the Sudanese pro-democratic protests. With the hashtag #blueforsudan, thousands of Twitter and Instagram users look to show their solidarity with the people of Sudan, as the death toll in the country’s protests has now surpassed 500.

These deaths have come as a result of a series of mass demonstrations sweeping the large nation, calling for the implementation of civilian-led democratic elections and the end of the transitional military council’s governance. Said military council was temporarily placed in power after the arrest of Sudanese dictator Omar al-Bashir, with an original deal for a peaceful, three-year transition to democracy, which ended up breaking down in May. In response, peaceful protests began in Sudan, only to be met with extreme violence by soldiers and paramilitary groups. On June 3, a pro-democracy sit-in held in the capital of Khartoum was targeted, leaving dozens dead and many more injured.

In the weeks following, the violence has continued to run rampant leaving thousands of Sudanese civilians victims of horrific murders and rapes, many of them being women and children. Despite the level of atrocities taking place in Sudan, there has been limited coverage by mainstream media, resulting in the launch of social media campaigns and accounts dedicated to raising funds and awareness for the crisis — or so they claimed.

With the outpour of attention and posts on Instagram about the crisis, some people decided to exploit people’s solidarity for the crisis as a quick way to gain followers and go viral while doing so.

The account @SudanMealProject gained over 400,000 followers in a matter of days after it pledged to “provide one meal to starving Sudanese children” in exchange for a person’s follow and a post on their story.

Despite the lack of specific details on where the money would come from and where it would end up, many Instagram users followed the account and shared the profile’s message on their stories. The account went viral, rapidly gaining hundreds of thousands of followers, but it wouldn’t be long before users on Twitter began exposing the profile as fraudulent.

Although Instagram has taken down this specific account, many others still remain on the site continuing to trick users, and even switching to meme pages after amassing thousands of followers.