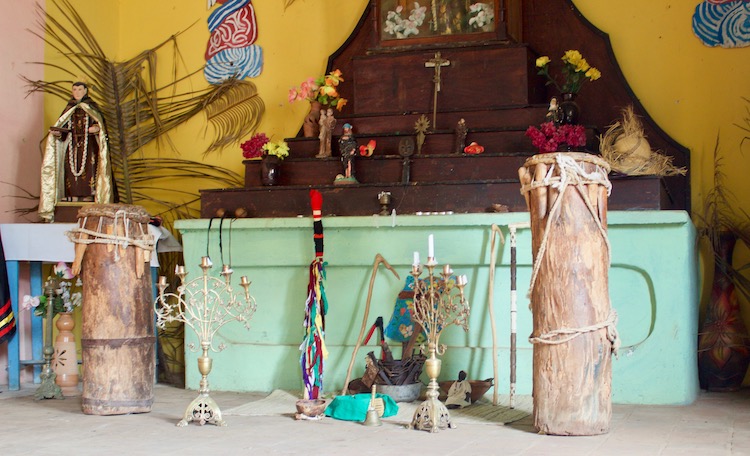 Cuba’s Battle Between Santería and Commercialization

She knelt down onto the plywood floor before a set of candles. A quietness fell upon the room as another woman backed away, gathering next to a drum. As a short beat entered the room, the women at the shrine gives a short sigh and a moment to ring a small bell, before saying thanks to the women band stepping back into the day. For roughly 80 percent of Cubans that call themselves Santeros, this is a daily activity. Santeros are followers of the Santería religion. A mixture of African beliefs and Catholicism, was started in Trinidad in the 19th century. However, religion has been threatened by the economic benefits of the 21st century.

Shrine of the Saint the Sea Yemayá | Sydney Westrick

“We are losing our culture to commercialization,” said Leysvel, as he leans over in his stool, bordered by a Cuban and Haitian flag, slapping the back of one hand to the palm of another in his dance studio in Trinidad, Cuba. “People are losing respect for the religion, they are not true believers.” Mercedes echos this contentment “it is too commercialized. Also, the economy is too bad. It is difficult for us to buy the necessary animals for the sacrifices.” 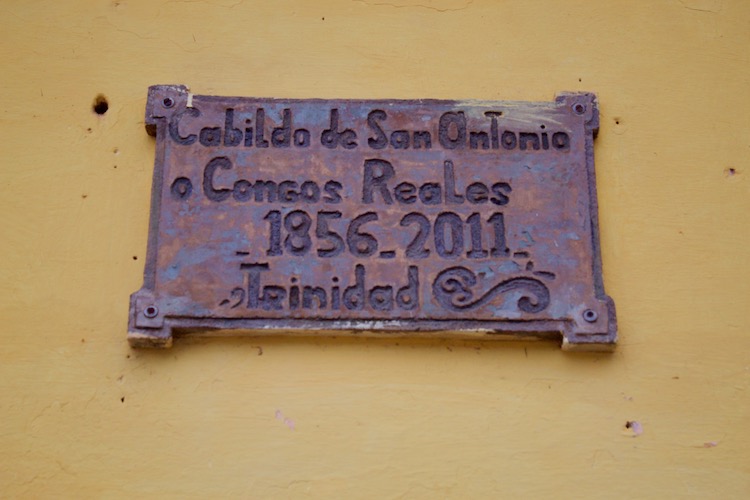 Santería was established in Cuba during the 17th century. Thousands of slaves were taken from the Yoruba cultures of Nigeria, Dahomey, and Togo. As a result of the extreme circumstances, the need to survive and find hope was extremely important. Thus, Santería filled those needs. While being forced to convert to Catholicism from their Spanish capturers, many slaves kept their own religions alive. They would disguise their deities with saints of the liturgical calendar. Thus, the religion of Santería was born. Additionally, as the slaves gained more freedom in 1886 the Kings and Queens of the Cabildos gained more legal representation. This allowed them to perform their own celebrations which preserved their culture as well as gain the ability to buy their own freedom from slavery. Similarly, this gave them the means to help their “needy brothers” throughout their communities. Finally, the religion was allowed to worship in the open or partially in the open. 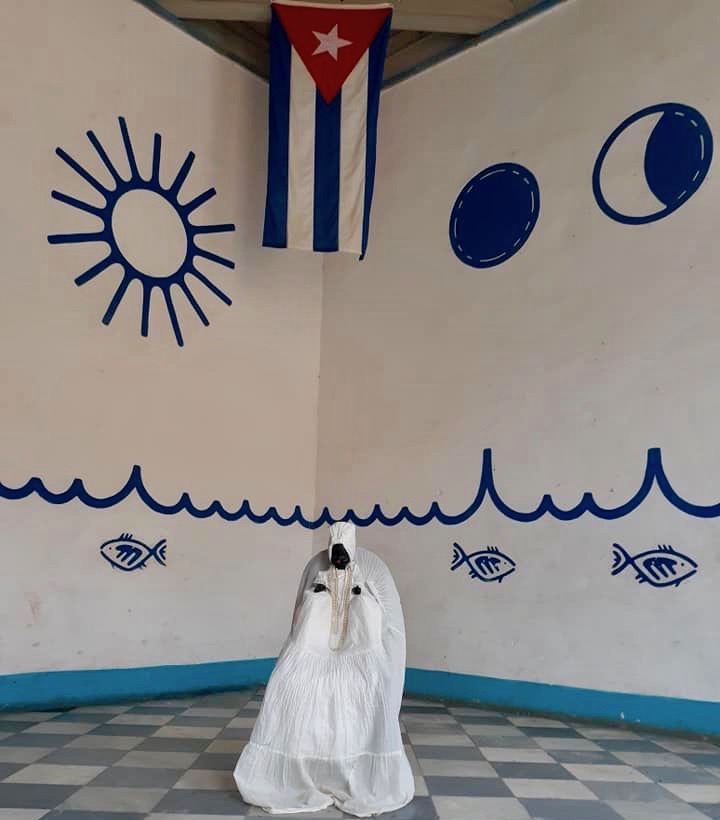 A deitie image in a Calibo in Trinidad | Sydney Westrick

Trinidad, Cuba had over 10,000 slaves working in its sugar plantation, making a hub for sugar export as well as African cultures. This influence can still be seen within the city. With five different Calibos or temples, within Trinidad, it has become the main religion. One of the oldest Cabildos is the Cabildo dedicated to San Antonio (Orgun) or also known as Congo Reales. Started in 1857, this Cabildo was the first one in Cuba to unite all Africans without distinction of ethnic groups. Allowing them to worship all together as Santeros instead of separate ethnicities. San Antonio or Orgun is the deity that is worshipped at the Cabildo. As the saint of the forests, love, chulos (ladies men), and warriors, where the type of followers that came to this Cabildo.

However, the followers do not pick their saint by themselves. “It is made by the Babalawo [priests],” said Mercedes, the woman taking care of San Antonio. “The Babalawo reads your life and then he chooses which saint is for you.” This is done when someone is initiated into the religion. A future Santero goes to the Babalawo to get the reading of his or her life. Through the use of stones, shells and a book, the Babalawo has the ability to talk with the saints and determine which one has claimed that person. Finally, this will be the saint that this person belongs to. Similarly, once initiated into the religion the person will wear only white for one year to study the saint’s teachings and become closer to the saint. This is down through the help of a sponsor.

Likewise, each saint has its own holiday, specifically for San Antonio this day falls on June 13th of each year. During the two days before, the Calibo is in full preparation mode. This includes cooking the necessary food to feed the Saint as well as the followers, decorating the Cabildo to represent the forests and taking care of the image. When June 13th arrives, a procession is lead around the blocks of Trinidad before ending back at the Cabildo. Then a party for the children starts with candy and treats given while dancing ensues. Finally around 9 o’clock that night, the adult party begins which lasts throughout the night. During this party, there is dancing that falls into a trance-like state for the dancers. Through this experience, the dancer has the ability to become closer to San Antonio. However, unlike some other traditions, “They don’t use drugs because drugs are illegal in Cuba,” said Zeydi, a software developer and writer about Santería. “They don’t see aliens or that, they are able to use this to get closer to the saints.”   Finally, in the morning, the food that is for the saint is gathered and secretly disposed of in the forest behind Tres Cruces village.

Although this is common to see throughout Trinidad today, this has not always been the case. After the famed 1959 Revolution that brought Fidel Castro to power, religions, in general, were banned. However, after many different changes, they were recognized once more in 1970. “We had to ask permission [to celebrate] from the government,” Mercedes says. “[After 1970] the cultural minister helped us by giving us drummers for our celebration, however that changed and they won’t send them anymore. Now we have to pay drummers that play for tourists to do our celebrations.” This is just one more major change seen since the recogniztion by the Revolution of religions and commercialization.

Like many religions around the world, Santería is battling the rise of commercialism. For many followers, the idea of commercializing and making a profit off of the religion through products and tv is creating a culture of non-believers. To compound this problem, the economic situation in Cuba makes the practice of worship extremely difficult. The old ways of traditions of worship are becoming more difficult to follow because of the need to buy animals and pay performers. However, a religion that was born of extreme circumstances and has the pedigree will find a way to survive.