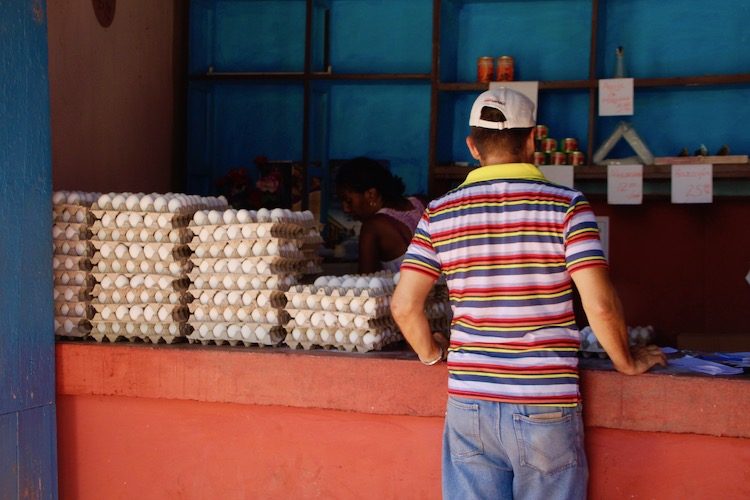 Eggs being delivered to a bodega in Trinidad, Cuba | Alicia Kay

All throughout Cuba are hundreds of bodegas, but not the kind one would find in New York City or Los Angeles. These bodegas are government run, and give each citizen subsidized rations of food. The OFICODA, the government office established to run the program, distributes the libreta (a small booklet) to all citizens each year. Each family gets a Libertad de Abastecimiento (literally, “Freedom of Supplies”), that lists each person in the family, their age and how much food they can pick up at the lowest price possible. 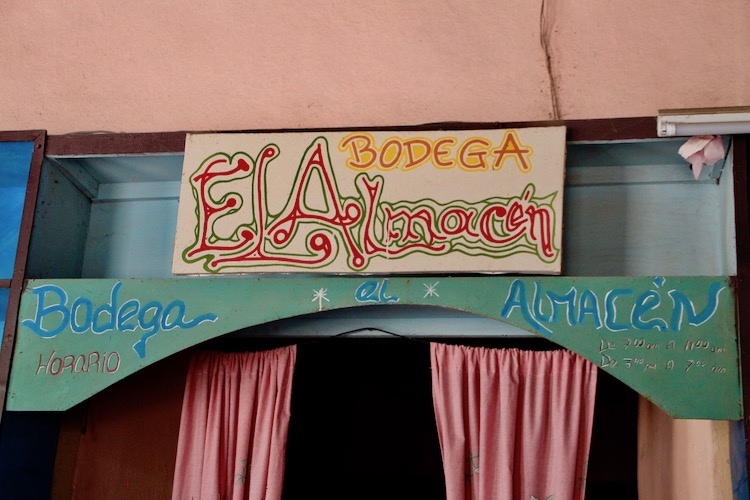 A sign advertising a Bodega and it’s hours in Trinidad, Cuba | Alicia Kay

According to The Guardian, bodegas typically provide about 10kg (22lb) of rice, 6kg (13 lbs) of white sugar, 2kg (4 lbs) of brown sugar, 250 millilitres (1 cup) of cooking oil, five eggs and a packet of coffee per person per month, along with 2kg of meat (usually chicken) every 10 days, a bun every day and a bag of salt every three months, as well as milk for children and pregnant women. Products distributed through the libreta are sold at subsidized prices, which have been kept more or less stable since its inception according to Hanna Garth, a PhD candidate in anthropology at UCLA, who studies the Cuban food system. 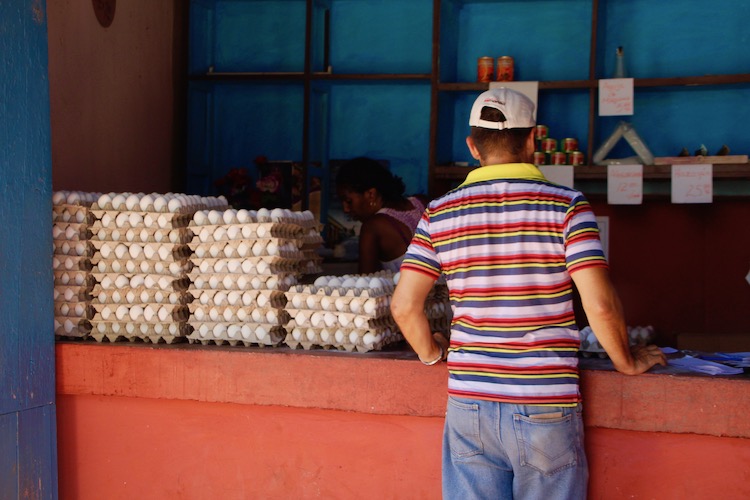 Eggs being delivered to a Bodega in Trinidad, Cuba | Alicia Kay

This system has been in place in Cuba since March 1962. As explained by José Alvarez, a Professor in the Department of Food and Resource Economics at Everglades Research and Education Center, it was created for two reasons. The first being the increasing demand for food as a result of more purchasing power for the public due to rising incomes and decreasing expenses for rent and electricity. The second reason was a decrease in food production as a result of the drastic changes taking place in farm ownership and organization. 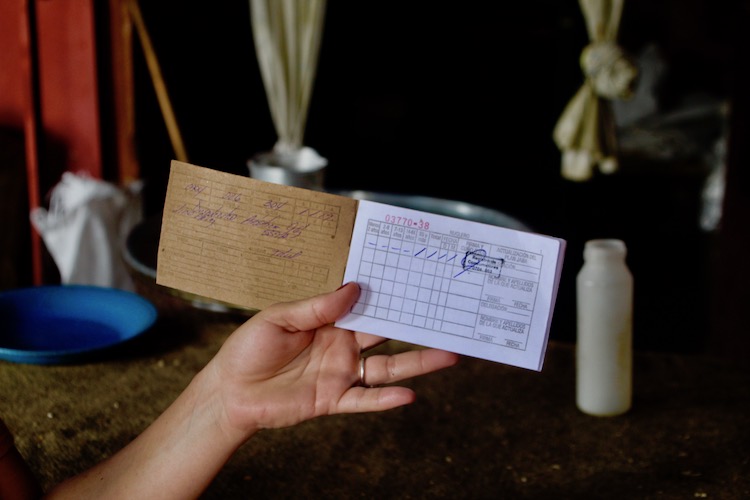 According to the Cuban government, this system of distribution ensures each citizen is able to get at least some food, regardless of social and economic status. Children and the elderly are able to get extra rations, which partially accounts for the longevity of life and low infant mortality rate that the UN collects data on. The revolutionary program is a great example of the Cuban communist beliefs in action. Because of it, no person in the country is without food and other basic necessities. Compared to the 40 million people the Feeding America Organization estimates struggle with hunger in the US, the United Nations Food and Agriculture Organization has honored Cuba for its low levels of malnutrition and hunger.

Julio Alberto Perez, a bodega worker in Trinidad, explains that one of the main struggles is that many people will come to the store to get their food at the same time, overwhelming the workers. Employees must also carefully keep detailed notes of everything they sell, who they give it to and how much. There are government inspectors who check every note, because the government only delivers just enough food to serve the people in the neighborhood that the bodega is located. Bodega workers take pride in their jobs, and understand that they serve an important function in society because they are offering a service to people, as well as being able to work for their own benefit. Perez, like many Cubans, understands the importance of working hard. When asked about his job, he offered a simple, yet poignant answer, “Because it is important to work, I don’t know what else to say.” 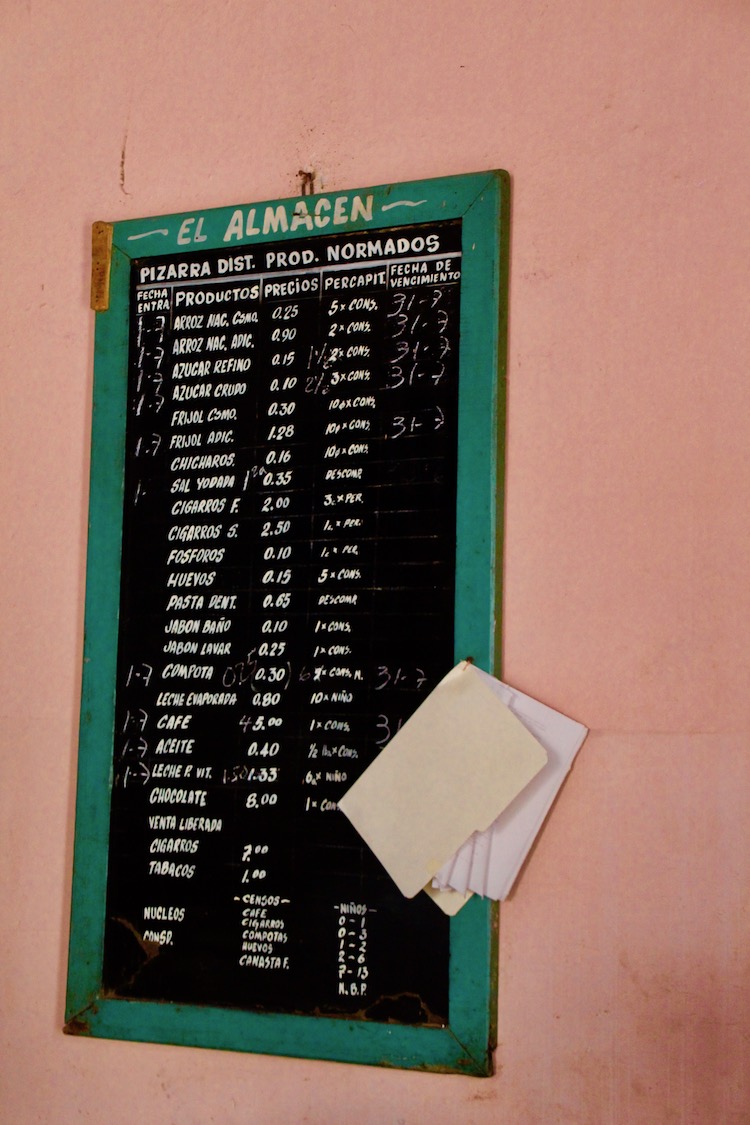 A list of the subsidized prices available at a Bodega in Trinidad, Cuba | Alicia Kay

In May 2019, Cuba imposed rationing of staples such as chicken, eggs, rice, beans and soap according to an Associated Press article by Michael Weissenstein and Andrea Rodriguez. When speaking to the state-run Cuban News Agency about the latest need for rationing, Commerce Minister Betsy Diaz Velazquez placed the blame squarely on the toughening of the U.S. trade embargo by the Trump administration. Economists have also weighed in, and give equal blame to the massive decrease in aid from Venezuela; where the collapse of the state-run oil company has led to a nearly two-thirds cut in shipments of subsidized fuel that Cuba used for power and to earn hard currency on the open market Weissenstein and Rodriguez report. Due to these conditions, Cuban leaders know that there will be tough times ahead, but insure the citizens that the country will not return to the worst days of the post-Soviet depression due to the countries’ now diversified economy and trade relations with countries around the world. 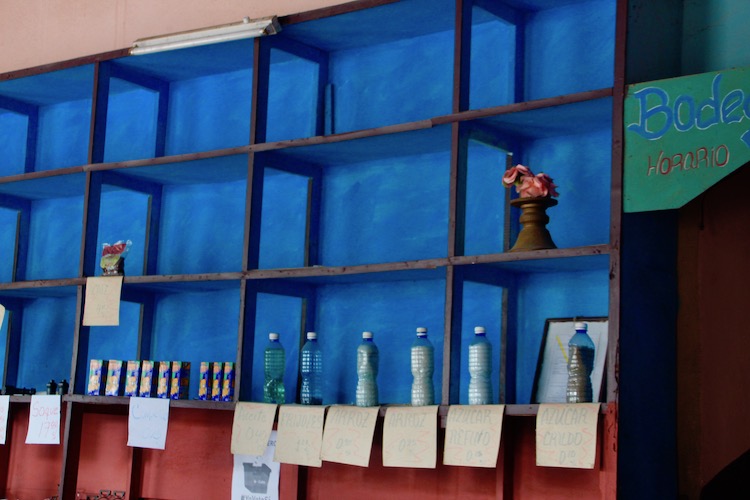 The walls of a bodega in Trinidad, Cuba | Alicia Kay

In conclusion, bodegas provide a valuable service to the Cuban people, and exemplify the countries’ communist beliefs. Citizens depend on their friendly neighborhood bodega man (or woman) to provide for them and their families. They will soon have to deal with extra rationing; but hopefully not for long, as the Cuba government continues to trade with other countries around the world and build up its diversified economy.