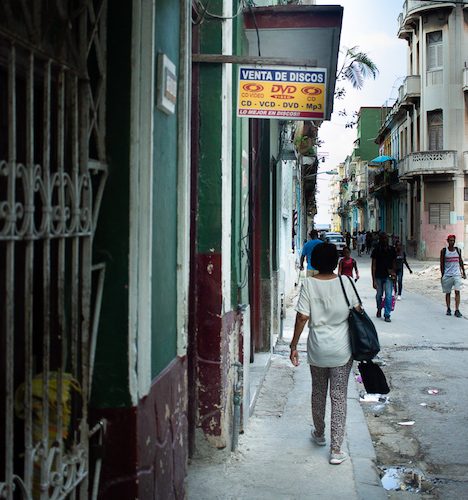 DVDs are sold in many small shops in Havana | Daniel Quigley

Although I was excited to travel to Cuba for two weeks, I knew I would need to wait to see the new Spider-Man movie if I went. When I expressed this first-world problem to my mother, she mused that I could see it in Cuba, but it would be in Spanish. However, I figured they would not receive a new American movie right away. I mean, what do they even watch? 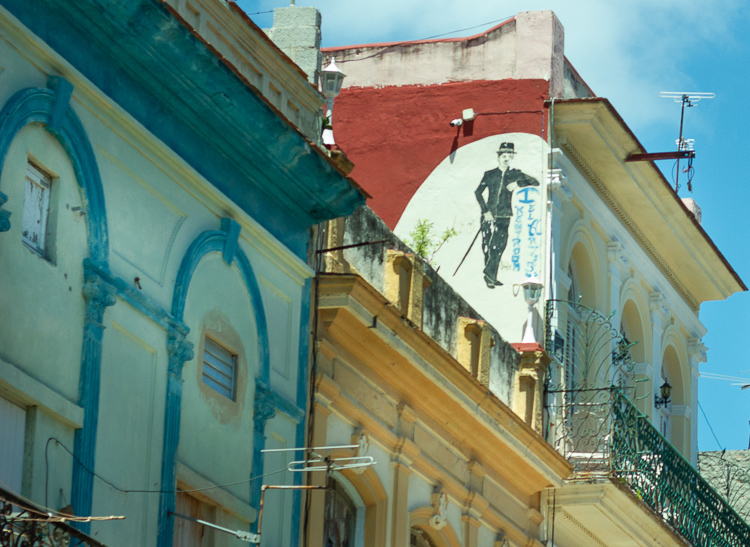 A foreigner might assume that American film icons would be unpopular here, but the streets of Havana include little girls in Frozen shirts, graffiti of figures such as Batman and Charlie Chaplin and a store front smothered in posters of recent films such as the latest Rocky movie. Yoanne Duqesne, a resident of Havana, said one of his favorite films is the Jason Statham car flick The Transporter. Orsmey Ruiz, another resident of Havana, mentioned several movies, including The Godfather, Rocky and Titanic. In addition to films, he spoke about icons such as Dwayne “The Rock” Johnson, Sylvester Stallone and Arnold Schwarzenegger. (Ruiz specifically brought up the comedy Junior, in which Arnie becomes pregnant). He also recalled Vin Diesel filming the eighth Fast and Furious movie in the country. 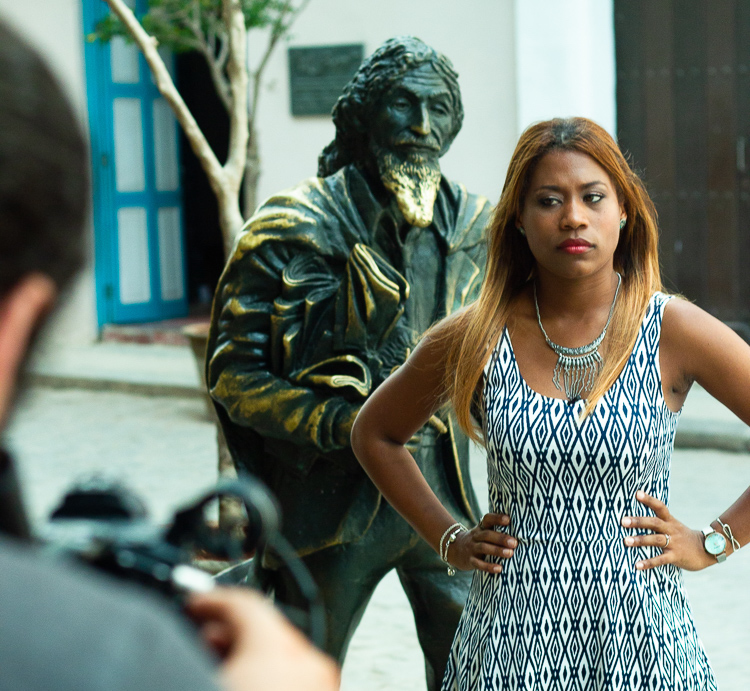 But the Cuban peoples’ film education doesn’t end here. Many film festivals occur on the island, featuring films from different parts of the world and from Cuba itself. One celebrates the filmography of Santiago Álvarez, a director who created short documentaries such as 79 Primaveras (79 Springs; about Vietnam leader Ho Chi Minh), Hanoi, Martes 13 (Hanoi, Tuesday the 13th) and Now. Instead of honoring an important cinematic figure, the Festival Internacional del Cine Pobre in Gibara supports low budget filmmakers with competitions for narrative and documentary films. Finally, the ten-day Festival Internacional del Nuevo Cine Latinoamericano mixes old and new films with screenings of Cuban, Latin American and Western films. According to Ruiz, the winners are awarded with trophies made of wood and coral. 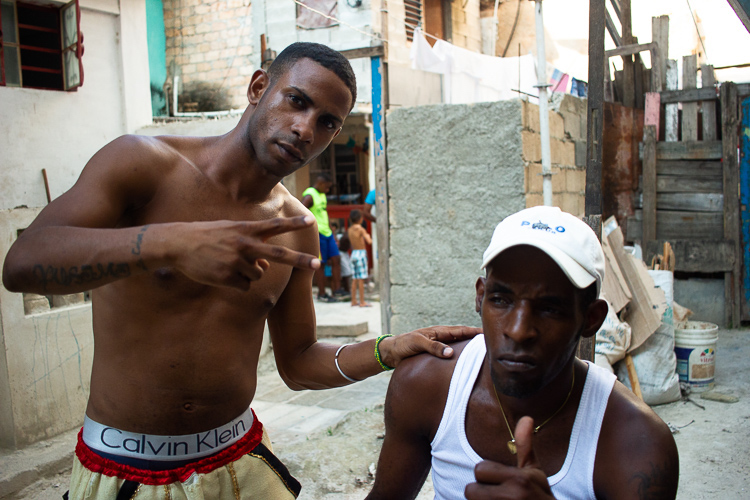 As demonstrated by these festivals, the Cuban film industry isn’t struggling for stories. Cuban cinema spans both diverse subject matter and decades. Memorias del Subdesarrollo (Memories of Underdevelopment), a narrative film from 1968, remains popular to this day in Cuba and elsewhere in the world, appearing in the prestigious Criterion Collection. Duqesne and another Havana resident, Toto, mentioned the classic film Fresa y Chocolate (Pink and Chocolate), which details the relationship between a rebellious gay artist and a government-supportive student. Lucia displays the lives of three Cuban women and the evolution of the nation through three time periods (1890s, 1930s and 1960s), while Vampiros en La Habana! (Vampires in Havana!) uses animation to tell the story of American and European vampires trying to become immune to sunlight through a Havanan cure. Yusimi, a Havana resident, detailed the plot of the classic film Las Doces Sillas (The Twelve Chairs), in which a formerly wealthy Cuban searches for a lost diamond after the revolution. Ruiz recalled a film about the untrained Cuban musician Benny More. Finally, the documentary Suite Habana (Havana Suite) uses primarily diegetic sound effects rather than film scores and dialogue to show the lives of different citizens of the capital city.

But filmmaking is not done solely for money or art. Far away from Havana, in the mountainous Sierra Maestra, children learn how to make documentaries in a program called Mariposa (Butterfly), gaining an important technical and artistic skill.

As in other countries, the movie theater is not the only venue for cinema and the visual medium. Cuba has five national TV channels, which play various shows. Programs such as the summer show Cuadro a Cuadro (Frame to Frame) screen recent American films, and, often, when a film plays, the station includes an introduction that walks viewers through the movie’s significance and theme. These TV stations also play soap operas (telenovelas), produced in Cuba or in other Latin American countries. Cop shows and comedies from the U.S. also air on these channels.

Charlie Chaplin graced American screens more than 60 years ago and was left back in the black and white era by many Americans. But now, though more for his image than his movies, he graces the streets of Havana in shop windows and wall art. He may not be Spider-Man, but by sticking to the walls of Havana, he serves as a reminder that film remains a part of life, even in a different part of the world.