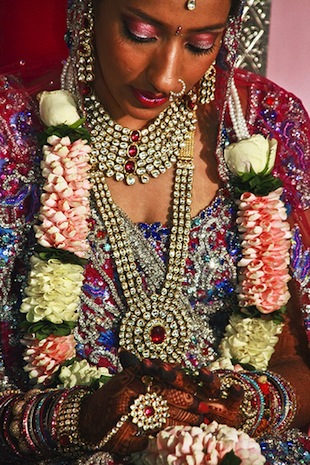 The Two-Fold Identity of Women in India

INDIA. Last December, the fatal gang rape of a 23-year-old female student in New Delhi made international headlines. This week, a further case of gang rape in Mumbai has reignited debates about women’s safety in India.

“[Rape] is a national problem, affecting women of all classes and castes,” Navi Pillay, the United Nations High Commissioner for Human Rights, asserted in response to the 2012 gang rape.

But rape is not the only crime women have to fear in India. Abortions of girl fetuses, human trafficking, sexual violence and poor education all make India the fourth most dangerous place in the world for women to live in, according to a Thomson Reuters Foundation survey from 2011. In fact, the growth in rates of crimes against women is said to exceed the population growth rate by 2010, the National Crime Records Bureau reported already back in 1998.

Combined, these individual cases and statistics all attest to the undermined value of the female in India.

Without doubt, there have been cases of female emancipation. In 2010, The New York Times reported that in India’s relatively young financial industry, “women not only are some of the top deal makers, they are often running the show.” In the country’s rural sector, they are equally taking action, forming federations of elected women representatives in 11 blocks across seven districts where the Hunger Project is active, for example. The woman of today is self-governing and self-sufficient.

But only until the persisting backdrop of horror steps in. In the harsh reality, women in India continue to face a two-fold identity, aspiring the carry the face of the autonomous while simultaneously being riddled by fear. Fear of the very people they belong to; of being female on the one hand, and of being abused by males on the other.

In fact, this fear, suppressed by the females in their attempt to maintain an invulnerable façade, can often lead to a misunderstanding. “The new woman of today is too independent to be cared for,” insinuate those not in the know. They are mistaken: women will always love to be protected and taken care of. Being bruised, raped and otherwise mistreated, is not acceptable, and certainly not something that independent women ever asked for.

A few successful female entrepreneurs are surely spearheading the investment banking operations here in India. But many parts of the country are still far from a very simple venture: recognizing women as human beings with rights to follow.

Female emancipation has allowed some to reach the top management positions, yet the general moral compass still has a long way to separating right from wrong. In the meantime, a circus-like cacophony prevails, with women playing the part of the self-sufficient and the fearful. And until the population has a whole regains their moral compass to separate right from wrong, the show will continue.