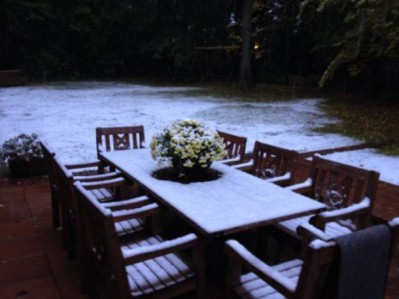 A German Winter, Starting in October

MUNICH, GERMANY. The first snow has fallen in Germany – in October. That’s nothing new; as the German newspaper Bild reports, in the last 30 years, the month of October has witnessed 4,2 average days of snow in Germany. In 2009, a full 40 centimeters were to be seen. In 2012, the first snowflakes similarly fell on October 10th. Halloween broke the record in 1974 – a full 80 centimeters of snow covered the ground back then on October 31st.