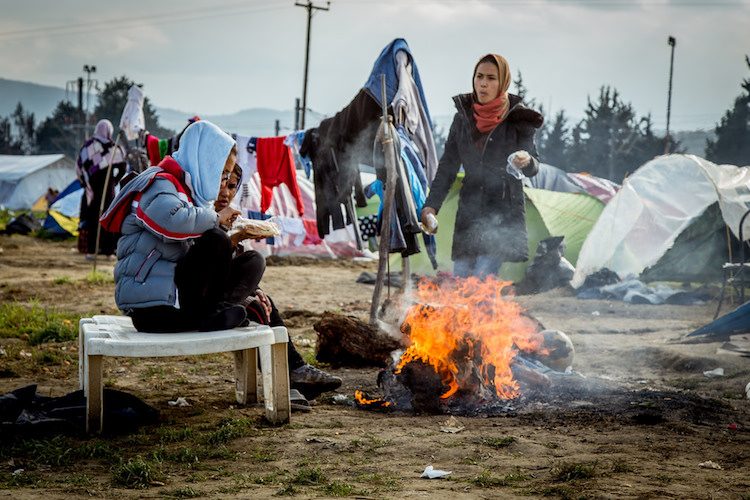 The Fight for Human Rights in 2014

NEW YORK CITY, U.S.A. In 1948, the General Assembly of the United Nations proclaimed the Universal Declaration of Human Rights. Still today, however, frequent violations and disregard for human rights continues to occur in countries around the world.

For over thirty years, the non-governmental organization Human Rights Watch (HRW) has been leading the way to defend and secure human rights. Currently operating in more than ninety countries, the organization seeks to “lay the legal and moral groundwork for deep-rooted change.”

In his 27-year trajectory with HRW, Executive Director Kenneth Roth has managed a number of investigations concerning human rights violations around the world, with his writings devoting special attention to issues of international justice, counterterrorism, the foreign policies of the major powers, and the work of the United Nations.

In an exclusive interview with ROOSTERGNN, Mr. Roth discusses the current complexities of some of the most pervasive human rights issues around the world.

What are some of the most crucial battles that must be waged for human rights in 2014?

Kenneth Roth: It’s always hard to predict the future, but some key battles will be stopping Syria’s indiscriminate attacks on civilians and opening its borders to humanitarian aid, reversing the brutal crackdown in Egypt, preventing the possible emergence of large-scale political and communal killing in South Sudan and the Central African Republic, resisting the negative rights trends in Russia and China, and reversing the massive invasion of our privacy represented by the US government’s mass surveillance of our communications. Here’s a recent essay I wrote outlining current global trends.

How should the international community react towards Syria? In other words, in your opinion, should any state get involved?

The top immediate priority is to stop the Syrian government’s deliberate strategy of making life as miserable as possible for civilians living in opposition-held areas by indiscriminately killing them and by denying them urgently needed humanitarian assistance. That means putting pressure on Damascus to open borders and besieged areas to the delivery of humanitarian assistance and to stop the barrel bombing and indiscriminate shelling of civilian areas. The UN Security Council took an important step in this direction with its February 22 resolution. Now the key is to enforce it. As we saw with the chemical weapons deal, the government with the most influence over Syria is its arms supplier and political protector, Russia. So if Syria continues to abuse its citizens, pressure should be put on Russia to use its influence. That would require an end to treating Russia as a supposed partner in peace for the fruitless Geneva II peace talks and the beginning of treating it as a facilitator of mass murder. For my views on what should be done on Syria, read this article.

Do you think the drone strikes made by the United States Military -whether in Afghanistan, Pakistan, Yemen or Somalia- are legal?

There are two parts to this question: first, what law applies, and second, is it being followed? It is time to recognize that the US is no longer at “war” with al-Qaeda in places like Yemen and Somalia. Yes, al Qaeda still poses a threat that must be countered, but there is nothing like the regularity of violence in these places that would justify treating them as an armed conflict, as I explained in this article. That conclusion is important because in war, it’s legitimate to shoot at the combatants on the other side. But if the appropriate law is the one governing law enforcement or policing, lethal force can be used only as a last resort to avoid an imminent lethal threat, as I explained here in this article. In a speech last May Obama suggested that these law-enforcement standards now govern US drone operations in these areas, but he didn’t issue a formal order to that effect, and Human Rights Watch’s research in Yemen raises serious questions about whether Obama’s guidelines are in fact being followed as seen in this article concerning possible violations and this article concerning civilian deaths due to airstrikes.

How would you respond to some critics of HRW saying that it is trying to turn Israel into a pariah state?

That’s the last thing we want. We’d like nothing more than for Israel to be welcomed as a rights-respecting member of the international community. Unfortunately, Israel’s conduct precludes that—its ongoing illegal settlement expansion, its systematic discrimination against Palestinians both in the West Bank and within Israel proper, its continuing blockade of Gaza, and more. If those rights violations ended, Israel wouldn’t be facing what admittedly is a trend toward pariah status as people and governments become increasingly upset with its refusal to end these rights violations.

What would you say motivates Israel to continue building settlements in the West Bank?

You’ll have to ask Netanyahu. It’s a disaster for Israel’s security, standing in the world, and future as a democratic state, so he’d need to explain his reasoning which is incomprehensible to most people.

At the recent Munich Security Conference, you addressed Michael Rogers about fair trials of whistle-blowers. What has led you to believe that people like Snowden and Assange are not being given fair trails?

My concern is with the series of whistleblowers such as William Binney and Kirk Wiebe who came forward to report NSA abuse using the proper internal channels but instead of having their reports taken seriously they faced retaliation. Thomas Drake was even prosecuted. Here are some details on theirs and other cases. Given this background, it’s no surprise that Edward Snowden chose to go public with his information about NSA misconduct rather than trusting internal review procedures.

Moreover, while some secrecy is necessary for security purposes, the secrecy behind the NSA program went beyond such legitimate concerns and instead aimed to prevent a public debate about the proper balance between our right to privacy and our security. Snowden’s revelations have enabled that discussion, and not surprisingly, people favor a different balance than the one set by the government operating secretly. Here are my views on the misguided policy decisions that got us to where we are today.

As a former federal prosecutor yourself, what alternative, or what changes, do you suggest to the current trails? How should the United States be able to try Snowden?

I have seen no evidence that Snowden leaked secret evidence to Russia or China—so nothing that would justify espionage charges. Rather, the sole reasonable charge is that he publicly disclosed evidence of the NSA’s mass intrusion into our privacy. That is technically a crime—he had taken an oath of secrecy to work as an NSA contactor—but Obama should recognize that Snowden has done us an enormous service by revealing this mass invasion of our right to privacy and treat him as a whistleblower who would not be prosecuted. If not for Snowden, we would not be having the major public debate about the appropriate limits on NSA surveillance that we are having today, and even the modest steps that Obama has taken to date to rein in the NSA would not have been taken.

What about Assange? Should the Assange rape case be dismissed and forgotten about?

As for the rape case, Assange should certainly answer for that, but at this stage he has not been charged. He is wanted only for questioning. It is unclear why Sweden cannot question him in London, as he has offered, rather than insisting that he come to Sweden without any guarantee that Sweden wouldn’t then turn him over to the United States where, as I noted, he would risk an inappropriate prosecution for his journalistic role.

After Wikileaks and Snowden, there has been a rising international movement in favor of freedom of expression and against mass espionage. How do you think this struggle against the US government -and other governments – will continue?

You’re absolutely right to note that what is at issue with the NSA mass surveillance of our communications is not only our right to privacy but also freedom of expression. As I explain here, that’s for two reasons. First, certain expression will only take place privately among a small group of intended recipients. Second, the mass surveillance is leading some governments to threaten to prevent movement of internet user data outside their borders. That is a risk because many of the same governments provide far less protection for free speech than the United States does. For example, Human Rights Watch has long counselled internet companies operating in China not to keep any user data there because it is then easier to resist Chinese efforts to identify and prosecute dissidents who communicate on the internet. However, if US mass surveillance becomes an excuse for insisting that user data stay in China, prosecution of dissidents there will be easier.

In today’s democracies, what is the future of freedom of expression, in your opinion?

While I do see a major threat to the right to privacy in today’s democracies, I don’t see a comparable new threat to free expression. However, there are longstanding concerns, such as the inclination by some democracies to suppress speech on the ground that it denigrates religion or sparks hatred. The intention behind these laws is often laudable but the reality is that they are typically used by the powerful to suppress speech by the weak. The same typically occurs in the use of criminal prosecutions to enforce defamation laws. Human Rights Watch has reported on these threats in many democracies.

Kenneth Roth is the executive director of Human Rights Watch, one of the world’s leading international human rights organizations, which operates in more than 90 countries. Prior to joining Human Rights Watch in 1987, Roth served as a federal prosecutor in New York and for the Iran-Contra investigation in Washington, DC. A graduate of Yale Law School and Brown University, Roth has conducted numerous human rights investigations and missions around the world. He has written extensively on a wide range of human rights abuses, devoting special attention to issues of international justice, counterterrorism, the foreign policies of the major powers, and the work of the United Nations. Follow him on Twitter @KenRoth.