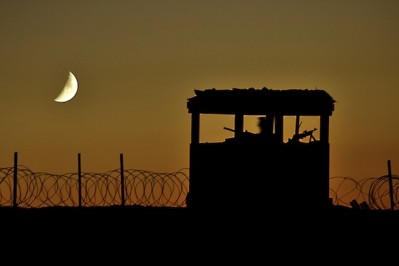 KABUL, AFGHANISTAN. April 5th, 2014, marks an important date in Afghan modern history. It is the day of the first round of the presidential elections in this devastated country, which remains one of the poorest nations in the world. The state is nonetheless high on the international political agenda, being significant for the international security system as a source of threats and challenges, both at the regional and global level. The foreseen withdrawal of international military forces by the of this year and the deterioration of US-Afghan relations, gave way to a lot of questions and uncertainty regarding the prospect of stability in post-incumbent president Karzai Afghanistan.

The running campaign looks hot. Ten candidates are confirmed to be running for the presidential office. Whoever takes office after Election Day will face the ongoing tough tasks of fighting the Taliban insurgency, achieving national unity, continuing promotion of democratic ideals with participative citizenry and managing the end to the international coalition’s mission in the country. A decision has to be made as whether or not to sign the bilateral security agreement (BSA) with Washington.

The BSA, the agreement that Karzai refused to sign, determines the schedule for the withdrawal of US troops by the end of this year and conditions for a remaining number of US 10000 troops, which will focus their tasks on training and assisting the Afghan forces. Likewise, they will conduct counter-terrorism operations in Afghanistan, mainly targeting al-Qaeda and Taliban. Recently Obama placed an ultimatum for total pullout of all the troops, unless the BSA would be signed. This decision now becomes the dilemma of the newly elected president. The main presidential candidates have all signaled that they intend to do so.

Immediate total withdrawal of US troops might result in dawning consequences. Threat of the insurgents has never been eradicated and the foresight of territories completely falling under Taliban rule is still an option. The Afghan National Army and the police can hardly cope with the security threats. The militants have been encouraged by the prospect of withdrawal of the foreign forces and started to regroup and preparations for attempt to power. The recurrent appeals of Karzai to the Taliban militants to lower their weapons and accept the Afghan constitution, along with initiatives to involve them into the Afghan political process, which would give them alternative to insurgency methods, were not heard by them. They demand withdrawal all international troops before initiating negotiations.

The Taliban have warned Afghans not to vote in the upcoming presidential elections, and called upon their fighters to “use all force” to disrupt the ballot. Notwithstanding, the participation of the former associate of Gulbuddin Hekmatyar (the leader of the Hezb-e Islami faction aligned with the Taliban), Qutbuddin Hilal, in the upcoming presidential elections, might serve, as a demonstration of willingness to choose political engagement and pacific methods over violence.

Another way to come to terms with the Taliban is simply through discouraging Afghans from joining violent factions. Policy is necessary which focuses on mitigating poverty, improving the socio-economic conditions of the population, and eradicating corruption. A recent opinion piece in The Miami Student, the oldest US university newspaper, emphasizes that no progress was achieved in most sectors of the Afghan economy between 2002 and 2013. It is stated that the main deficiencies and errors of the current government will continuously preserve Afghanistan as failed state after 2014. Even if the direct causal link between poverty and insurgency is heavily debated, without reforms, the future administration will still lead the Afghan population into Taliban militant ranks or directly to social uprising.

By any means, the Taliban is not only an issue of Afghanistan but of Pakistan as well. Most of the Taliban insurgents are of Pashtun origin who live within Pashtun tribal boundaries which are extended over both countries. Therefore, the future administration needs to intensify efforts, in initiating a dialogue with the Taliban with Pakistan’s assistance. Moreover, both countries may cooperate to implement initiatives to deter the Taliban, such as a strict joint electronic and human monitoring of the Pakistan-Afghan border.

However, such a development of bilateral relations between both countries seems unlikely. Pakistan is not supportive of democratic Afghanistan. Again, the future Afghan president will need the international community to bring far greater pressure on Pakistan to cooperate with Afghanistan and to stop being a safe-haven for insurgents.

The future leader is not up to an easy task. Unfortunately, it still seems a long way for Afghanistan to loose the “label” of failed state, due to being a breeding ground for terrorism, religious extremism and drug trafficking.