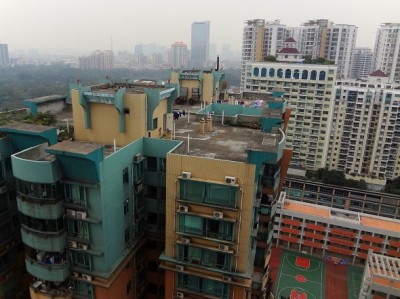 GUANGZHOU, GUANGDONG, CHINA. Growing up in the suburbs outside of Philadelphia, I never would have expected that one day a gigantic, crowded, humid Southern Chinese mega-city could feel like home. Yet I realize that my answer to the common question “你习惯住在这里吗/Are you used to living here?” has become a more and more emphatic “习惯了/I’m used to it.”

Guangzhou, along with Shenzhen, Hong Kong, and several other major cities, lies along China’s Pearl River Delta in the southern province of Guangdong. Guangzhou, previously called “Canton” in the West, is the source of the Cantonese language. Guangdong province, along with neighboring Fujian, is the homeland of most of the world’s overseas Chinese.

Originally the capital of Nanyue, a separate kingdom from the Chinese Empire that included parts of Northern Vietnam, Guangzhou was annexed around 100 BC by the powerful Han Dynasty, and due to its location along the Pacific Ocean, has long been an important trade port and location of contact between China and the rest of the world. In the 1600s, it was one of the first Chinese cities opened to foreign trade and even today, businessmen from Africa, the Middle East, Europe, and America frequently come to Guangzhou to trade and do business.

While many people in Northern China will confidently assert that Guangzhou has “no culture,” the city is filled with museums, bars, music and art spaces, parks, cafes, and all manners of houses of worship, including the Huaisheng Mosque, one of the oldest in the world. The most important cultural item in Guangzhou is undoubtedly the food: Guangzhou is the home of dimsum, known locally as 早茶 or “morning tea.” The city is filled with dimsum places, from tiny hole-in-the-wall joints to large fancy restaurants, with everything in between. One of my pastimes over the past several months has been to try as many as I can, and every time a friend comes to visit we are required to eat dimsum at least once, ordering (and finishing) an excessive number of 笼/lóngs, the small bamboo baskets dimsum courses are served in, and drinking copious amounts of 普洱/pǔ’ěr tea, a type of fermented tea that often accompanies the meal.

With a population of over 12 million, Guangzhou is one of China’s largest and most prosperous cities, and it is easy to feel overwhelmed by a city where one can ride the metro in one direction for over an hour and still be within city limits. Yet over months of squeezing my way onto over-crowded buses, jogging by grandmothers dancing in the park, drinking tea or eating noodles in small street-side stalls, wandering aimlessly down narrow streets, and working at a large university, I have developed a fondness for Guangzhou. Visiting some friends in Southeast Asia over the recent Chinese New Year holiday, I found myself frequently comparing the environment to the situation back home among the high-rises and missing “羊城/The Ram City.” My feelings were no reflection upon the places I visited, but merely the result of the fact that Guangzhou, 我习惯了.

For more information, visit the Travel China Guide on Guangzhou.