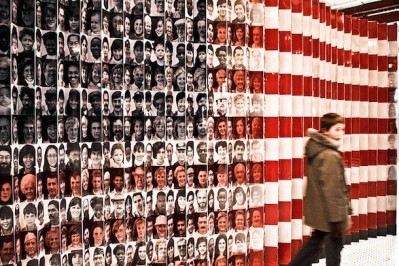 Making the Case for More Than Multiculturalism

U.S.A. The debate on immigration in the United States is a perfect example to illustrate how political debate in this country has become simplified and narrow. It is a key issue that is being guided and set by the centre-right and far-right. The discussion centres on stoking fear and resentment amongst people who have lived in the country for years. The attempt to link immigrants and unemployment is a particularly simplifying move on their part. Instead of focusing on a corrupt and unsustainable economic system that is designed to redistribute wealth upwards and on downwards, or a political system that facilitates it, the debate tries to find politically correct ways to link immigrant with high levels of crime and unemployment. What’s just as egregious is that the mainstream media allows this to happen.

A possible reason for this is that the right have managed to seize the agenda on this issue, as they have for so many issues. The framework of the discussion on immigration has turned immigration into a problem that is engulfing the country’s culture and infrastructure. When a commentator makes the argument that immigrants are creating a strain on public services that is unsustainable, the reasonable response should be that we should further improve public services so as to serve the public more effectively. However this is not the conventional wisdom; instead those on the right demonize immigrants who, in their view, do not contribute meaningfully to society and therefore don’t deserve to benefit from society .

This part of general aversion from those on right to multiculturalism and is not a new phenomenon. This has been the canard of the right for decades that their cultural hegemony is under assault from the growing number of immigrants who are imposing there culture on them and taking everybody’s jobs. This has been the core value of the right which the media has allowed to flourish because it is a very simple argument that creates a clear battleground issue for elections. It is apparently too complicated to make the argument that immigration is not only good for a country’s culture, is also good for the economy and the free movement of labour is a key aspect of free markets (which those on the right are supposed to be big proponents of).

The idea of creating a political battleground issue over immigration is a clear example of the right being in complete control of the news agenda. This could potentially be electorally advantageous for progressives in America because as more and more immigrant become citizens and vote in elections they will increasingly vote against Republicans because of the apparent distain the party shows through their policy decisions, for example in Arizona. Progressives should not take this for granted and make the case not only for multiculturalism but for improving public services to better accommodate the immigrants already in the country as well those who wish to.