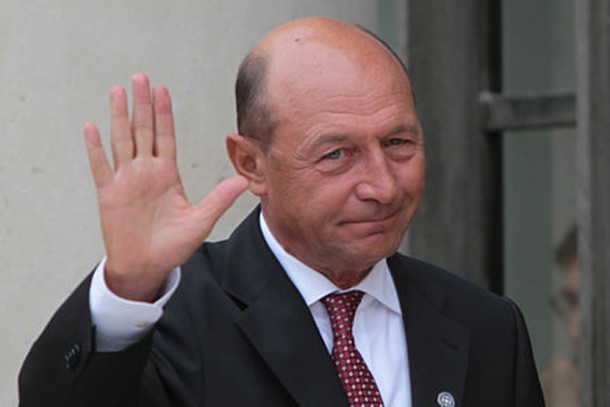 ROMANIA. On April 25, 2014, the President of the European Parliament Martin Schulz came under attack of Romanian President Traian Basescu. In light of the upcoming elections within the European Parliament, Basescu stated that, “a Martin Schulz, as the President of the European Commission, will be far from the support that José Manuel Barosso and his Commission gave to the Republic of Moldova.” Speaking specifically to the future of his own region, Basescu added that, “for Mr. Schulz, the annexation of Crimea was a fact and that’s it and we have to remain calm about it.” Schulz, in turn, has refused to “answer at the same level.”

In an exclusive interview, ROOSTERGNN spoke with Dr. Michael Taylor, Eastern Europe senior analyst at Oxford Analytica, about the recent developments in Romania and particularly, about the “player-president” (“preşedinte jucător” in Romanian) Basescu. In his electoral campaign, that is what Basescu promised to be, and keeping his promise, he is often named this way, -positively and negatively,- by both voters and opponents.

What is your opinion on Romanian President Basescu’s statement?

Dr. Michael Taylor: I think it is unfair of Basescu to imply that Schulz is “weak on Russia”. Practically everyone in practice regards Crimea as lost to Kiev. No one is seriously advocating any action to reverse the annexation which was supported by a referendum which, although highly dubious in the way it was held, probably reflected the wishes of a majority of Crimeans. Schultz has said he supports Ukraine’s territorial integrity. But no one, not even Basescu, the Atlanticist, is calling for going to war with Russia over this. Schulz is cautious about a tougher sanctions regime like a lot of other people. He would like them to be a last resort after negotiations have failed.

Do you think this is a political game played by the President Traian Basescu?

Very much so. Party politics is as important at the European Parliament as in other parliaments, and EP elections are due across Europe this month. Basescu is clearly campaigning against his political enemies, the Romanian PSD, and is trying to blacken Schulz, the ally of the PSD, as a means to deter Romanians from electing PSD MEPs. Following Basescu’s remarks, the PSD has spoken up for Schulz and attacked Basescu. Basescu is unlikely to succeed — the PSD is likely to do well at the EP elections this month and to replace him with Ponta in the presidential election in November. Indeed, Basescu seems politically on the way out.

How far away is a peaceful end for Ukraine’s crisis?

Civil war is a distinct possibility. I doubt that other countries will be actively involved, not even Russia, and certainly not NATO. NATO will never fight Russia over a country that is not in the alliance — we saw that in Georgia in 2008. Ukraine is very close to splitting in two — Kiev has lost control of much of the east which is likely to consolidate new pro-Russian authorities after the referendums on May 11. One question is whether Kiev will try to reassert control over the east — it has had little success so far, as it appears that its own security forces are unreliable & reluctant to start fighting the pro-Russians on behalf of the new authorities in Kiev. Some of its policemen were probably on the other side on the Maidan.

Another question is whether other parts of the south — Odessa, Mikolaev — would also like to secede, and whether Kiev would accept being cut off from the Black Sea. There are very deep fault-lines across Ukraine between Ukrainian- and Russian-speakers, Orthodox & Catholics, regions that were once part of Austria or Poland (I think; my history may be a bit sketchy here), or tsarist Russia. Rust-belt eastern Ukraine is frightened of having to become competitive enough to trade with the EU & prefers trading with Russia which it believes will mean its factories can remain open & its workers in employment.

Possibly a settlement might be reached that accepted these divisions and two Ukraines might then emerge. It is possibly too late now to federalise the country. But this would be a precedent for other restless regions in Europe & many European capitals would resist it for that very reason — Madrid for one, because of Catalan aspirations towards their own independence. There is a strong preference for existing borders. But who will fight for them if it comes to the worst?

Dr. Michael Taylor is Senior Analyst, Eastern Europe, at Oxford Analytica. Before joining Oxford Analytica, Michael was an editor at the Economist Intelligence Unit. He previously worked at BBC Monitoring, when he piloted the transition from printed to electronic output. He holds a first degree and a doctorate from Oxford University, and a diploma in economics from Birkbeck, University of London.