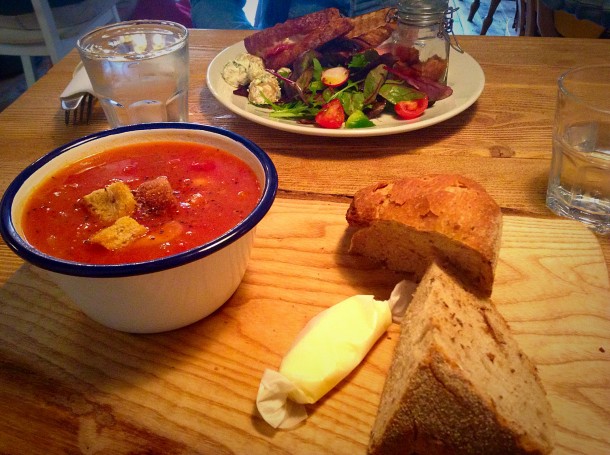 Is Living a Healthy Lifestyle Practical in the Modern Day?

GLOBAL. The rise of obesity rates between 1993 and 2011 and the estimation that half of the UK population will be obese by 2050 by the National Obesity Forum has caused a concern towards living a healthier lifestyle. However, the question of the practicality of living on a strictly fruit and vegetable based diet is presented at a time when fast food is estimated to be the choice of many family homes because of the cheap cost as compared to going to restaurants. The recent recommendation by experts of seven fruits and vegetables a day is not only costly at a time of economic recession, but also perhaps impossible in a world where canned fruits and vegetables, frozen foods and ‘healthier’ options such as zero calorie soft drinks, which all contain artificial colours, sugars (such as aspartame which has been linked to diabetes and depression) and preservatives, are readily available and advertised throughout the media.

The choice to live a healthier lifestyle is shown to be widely beneficial on both an individual and economical level. Studies have proven that between 90-97% of heart disease can be prevented from living on a plant based diet and UK Members of Parliament have stated that a reduction in people eating meat would make the global food supply more sustainable (BBC NEWS, 4 June, 2013). However, maintaining such as a diet for the average middle-class family is a difficulty, and the numerous studies predicting different results on the benefits of certain foods over the past years (some studies suggesting people to stop consuming meat while others encouraging it as necessary for a balanced diet) make it difficult to decide which would be the ideal foods to purchase. There are some advantages of the fast food industry, this industry generating employment and a revenue of £5 billion a year. The fast food industry has been predicted by Key note to increase by 24.5% over the next 5 years to 2016, perhaps generating further employment at a period when the unemployment rate stands at 7.2% in the UK alone. Positively, fast food outlets are attempting to provide healthier alternatives, using more chicken than red meat and advertising the calorie count on each meal, as the population becomes more aware about food habits.

With television shows such as Embarrassing Bodies creating motivation and awareness and famous chiefs such as Jamie Oliver trying to encourage a change, positive steps are shown to be taken in order to tackle the problem of obesity. In an interview with the Times Education Supplement, Oliver identified that “getting kids cooking as early as possible helps them to develop an essential life skill which will have a huge impact on their future health and well-being.” More political action, more medical attention and more encouragement towards weekly exercise and a good diet at home, at school and at the work place may see an even further positive direction towards a healthier world.