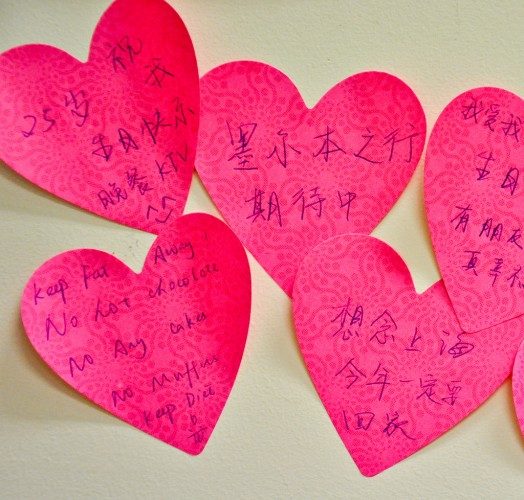 Dieting is a Feminist Issue

U.S.A. I recently came across a quote by Naomi Wolf that resonated with my own beliefs. In her feminist treatise The Beauty Myth, Wolf writes, “A culture fixated on female thinness is not an obsession about female beauty, but an obsession about female obedience. Dieting is the most potent political sedative in women’s history; a quietly mad population is a tractable one.” This powerful statement reinforced my personal belief that dieting is today’s opiate of the masses. Our society’s profound preoccupation with “perfecting” female bodies oppresses women by undermining their worth as anything more than a physical object. Convincing women that they are inadequate and need to change effectively distracts them from changing an inadequate system or society. If a woman is starving her body, using all her energy to run in circles around a track, and fighting to breathe in her belly-flattening Spanx, she is not feeding her mind, using her energy to disrupt the status quo, or fighting for a more just world. Her brain is desperate for nutrients, and her cognition is impaired. Dieting and weight loss efforts imprison women. Dieting is violence towards the female form. Men are affected too, certainly, but, in my experience, not to the degree that women are affected, and I, of course, am writing from a female perspective.

Intense focus on losing weight can cause women to lose parts of themselves, as their tunnel vision makes them blind to even the most pressing issues around them. The obsession with “perfecting” the body can hijack a woman’s self-identity, redefining her as a “health nut,” a “gym rat,” an “exercise junkie,” or a dieter. There is nothing innately wrong with exercising or choosing to eat a certain way, but when taken to extremes, a woman’s obsession with what she eats and weighs will consume her. Fitness obsession and fear or hatred of obesity have become so normalized in the U.S. that it is hard to find any middle ground. As a society, we struggle with the concept of moderation and tend to swing to extremes. I often think that we have over-corrected by trying to run away from “unhealthy” lifestyles. I use quotation marks for two reasons. First, many lifestyles that are perceived as “healthy”—i.e. over-exercising, under-eating, or restricting certain foods—are in reality dangerous to women’s health. Second, “healthy” living and “unhealthy” living are not well-defined, mutually exclusive domains; nor are they two ends of a linear spectrum. Perhaps it would be easier to live in a black and white world, where striving to find balance in any area of life would be unnecessary; however, the reality is that the world is gray, and living under the pretense of a black and white world is self-defeating.

I mentioned Spanx earlier. Spanx are modern-day corsets. I remember seeing a woman in the gym locker room wrapping a black trash bag tightly around her abdomen in an effort to lose belly fat. This moment made clear to me that women have bought into the body-shaming and body-hate so completely that we suffocate our bodies under ugly plastic meant to hold trash. We treat our bodies like trash, hiding them, trying to destroy the subjectively unacceptable parts. We starve them, berate them, force them past their physical limits, and then celebrate these abuses as “healthy.” I believe body-shaming and mistreatment often masquerade under the label of “healthy.” Think about the confidence and empowerment that diet and fitness programs promise. The necessary flip side to these promises is shame, dissatisfaction, and rejection of one’s body as it is. The multi-billion dollar weight loss industry depends upon convincing women that they need to change themselves because they are inadequate. Think of all the negative personal judgments we attach to “imperfect” bodies—lazy, unsuccessful, incompetent, weak, etc. None of these attributes has anything to do with a body’s size and shape. In the same way, thinness has no real correlation to strength, success, competence, power, or confidence. These are the empty promises that society and the weight loss industry use to control women. The weight loss industry makes many empty promises. It creates a false hope that “fixing” your body will fix your life, that weight loss is the panacea to all your problems. This promise is alluring because it suggests that we to have the power to solve all our problems in one fell swoop. The truth, though, is that life is not fixable, and certainly not with one magic cure. Life is messy. Changing your physical appearance will not change your life experience. Those who profit from your self-doubt would have you believe that an imperfect life means something is wrong with YOU. This creates the myth that we have the control not only to design our bodies but also our lives. Rejecting this notion means accepting our lack of control. In fact, most of us do not have the power to achieve our ideal bodies. This is not a personal flaw but rather a biological truth.

My message to my fellow women is this—instead of trying to change our bodies, let us try to change the world. Instead of spend our time and energy obsessing about our flaws, let us focus on our profound goodness and innate worth. Instead of buying into the body-shaming messages we receive every day, let us promote love and respect for women’s bodies. Instead of hating and abusing our bodies, let us care for them and trust that they know what they are doing. If you stop trying to control and change your body, you may see that it can regulate itself. Surrender the false hope that “perfecting” your body will perfect your life. Let go of judgment and instead accept both your body and yourself. Reject the body-shaming culture and celebrate your body as it is in this moment. Let us stop dieting and start living.