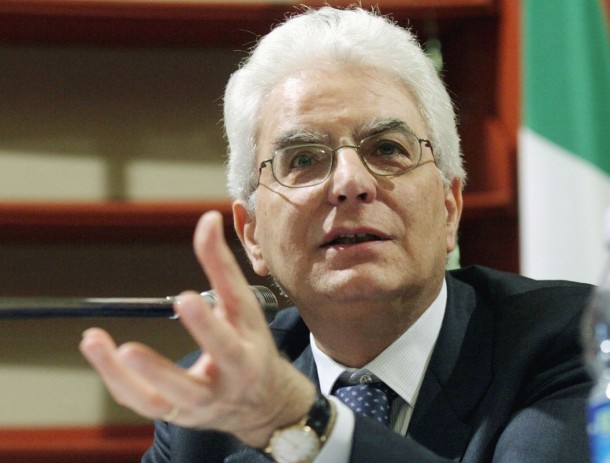 Sergio Mattarella: A Man for All Seasons

ITALY. On February 3rd, 2015, the Italian Parliament elected the 12th President of the Italian Republic, Sergio Mattarella. At the fourth ballot, the 73-year-old former minister and Constitutional Court judge obtained a total of 665 votes from the 1,009 eligible electors, 160 more votes than the required majority.

An established man of justice and of the institutions, Mattarella is also a man of few words. “Above all, and before everything, my thoughts go to the difficulties and hopes of our fellow citizens. That’s enough,” was the brief declaration he granted to interviewers after the election.

Mattarella’s life was rewarded by a brilliant career in the Christian Democrat party, but struck by family tragedies.

Born in Palermo, Sicily, in 1941, he descends from a very prominent family. His father Bernardo was among the founders of the Christian Democrat party, with an endless cursus honorum: national vice-secretary of the party in 1945, elected to the Italian Constituent Assembly in 1946, several times minister and undersecretary of Alcide De Gasperi’s governments. Bernardo was, however, accused of collusion with the Mafia by Claudio Martelli, the right-hand man of Bettino Craxi, the socialist Prime Minister of Italy from 1983 to 1987, whose career ended with his involvement in the “Tangentopoli” scandal.

The Christian Democrat party always strenuously defended Bernardo against such accusations, however the Mafia struck the Mattarella family with the assassination of Sergio’s older brother Piersanti, governor in Sicily, in 1980.

Sergio’s career began with this tragedy. Professor of parliamentary law at the University of Palermo, he was a militant of Aldo Moro’s faction (the famous Aldo Moro who was twice Prime Minister of Italy, from 1963 to 1968, and then from 1974 to 1976, and who was kidnapped and killed by the Red Brigades in 1978).

Sergio Mattarella was first elected to parliament in 1983. His career peaked four years later with his appointment as Minister for Parliamentary Affairs in the government led by Christian Democratic Prime Ministers Giovanni Goria and Ciriaco De Mita. The governments changed, but Mattarella remained on the saddle. In 1989, he became Minister of Education in the sixth cabinet of Giulio Andreotti, an office he occupied until his voluntary resignation in 1990, as a protest against the passing of the “Mammì Act,” the law that liberalized the media sector, building the foundation for Silvio Berlusconi’s media empire.

Berlusconi, obviously, did not like such a stand and scorned Mattarella’s election, which he regarded as a betrayal. This election was a victory for Prime Minister Matteo Renzi. The choice of Mattarella allowed Renzi to keep his party united and overcome tensions within the governing coalition. The election was the result of successful negotiations between Renzi and Berlusconi’s former right arm Angelino Alfano, the leader of Italy’s New Center-Right or NCD party. The latter and some of Berlusconi’s Forza Italia’s members decided to vote for Mattarella at the last minute, violating Berlusconi’s request to cast a blank ballot.

Mattarella also has his share of skeletons in the closet. While he was the Director of Il Popolo, the official newspaper of the Christian Democrat party, at the beginning of the 1990s, he was accused of accepting a three million lira bribe in fuel vouchers from Filippo Salamone, a Sicilian businessman who was later convicted as a supporter of the Mafia. The accusation cost Mattarella a trial for illicit funds, however, he was cleared of any wrongdoing and his career continued unscathed and survived the “Tangentopoli” corruption scandal in 1994. The Christian Democracy was dissolved, but Mattarella helped found the Italian People’s Party, along with its first leader Mino Martinazzoli and other former Christian Democrats.

In 1998 Mattarella was appointed Deputy Prime Minister and Minister of Defense in the government of Massimo D’Alema, then-leader of the Democrats of the Left (Democratici di Sinistra). Mattarella remained Minister of Defense even after D’Alema’s resignation in 2000, under Giuliano Amato’s government. In this position, according to the blog of the Five Star Movement’s leader, Beppe Grillo, Mattarella denied Nato’s use of depleted uranium projectiles in Bosnia and Kosovo and their implications on citizens’ health. Enrico Piovesana’s article on Il Fatto Quotidiano of January 30th, 2015, proved the allegations false, showing how Mattarella had set up an ad hoc commission to investigate this matter and reported to the Chamber of Deputies that “on August 5th, 1944, September 22nd, 1994 and in the period between August 29th and September 14th, 1995, in the operations effectuated by A-10 aircrafts nearly 10,800 depleted uranium projectiles were used in the attacks against the Serbian-Bosnian forces.”

Mattarella, who was elected as a judge of the Constitutional Court in October 2011, has always been a coherent defender of legality. A man for all season, he survived crises, scandals, trials and government collapses. Let us hope that he is the right man to navigate the stormy waters of the Italian political situation and defend the Constitution.