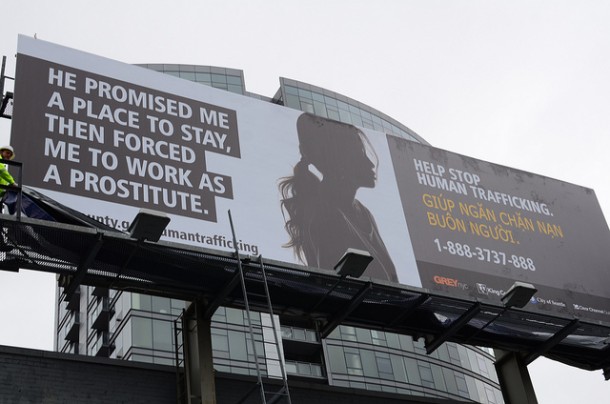 Human trafficking has been one of the fastest growing criminal industries in Asia and recently it became a topic spurring heated debate on the Chinese microblog platform Weibo. Celebrities and netizens alike took to the Internet to encourage the Chinese government passage of anti-trafficking laws targeting child traffickers. Many call for a death sentence for child traffickers and lifelong imprisonment for those who purchase trafficked children.

The sudden trend behind this anti-trafficking campaign on Chinese social media is an enigma. Some netizens rationalize that death sentencing does not solve the problem but instead will only incense heartless traffickers facing arrest to kill kidnapped children; others lament local governments’ inability to retrace the large number of children kidnapped and trafficked in China each year. In the midst of surging opinions, one thing is true indeed – China has a child-trafficking problem. Unfortunately, it is only the tip of a horrifying iceberg that represents the entire human trafficking situation in Asia.

According to The Global Slavery Index, an estimated of 35.8 million men, women and children are trafficking victims. Amongst those trapped in slavery, nearly 2/3 of them are from Asia, marking the continent as the hub of human trafficking in modern history. Women and children remain to be the most vulnerable groups of people to be trafficked into prostitution and peonage, while men are often exploited into doing forced labor.

The reasons behind the vast human trafficking network in Asia are complicated and often historical in origin. Take China, where trafficking children has been a big problem since the 1980s: Child kidnappers are hard to eradicate because of the huge demand on the illegal market where children can be sold and bought for a few thousand dollars. In the past, many anti-trafficking activists have pointed at the One Child Policy as the root of the problem, stating that as long as the policy stands, child trafficking will not stop. Yet since the loosening of the One Child Policy, illegal trading of children has not ceased. The continuity points to problems such as the old yet still ingrained Chinese perception favoring boys over girls, the willingness for some parents to sell and others to purchase children, and the possible corruption involved with which the kidnappers could bribe their way through to transport and transfer kidnapped children.

The past few months saw the Rohingya Muslims as a much persecuted and vulnerable group subjected to trafficking. Unwanted by their home country Myanmar and neighboring nations, such as Indonesia, Malaysia and Thailand, many Rohingyas are tricked into the trafficking network. Upon reaching Thailand or Malaysia, most of them lead an illegal existence where formal work and education are out of reach.

Yet the horrors of sex trafficking in Southeast Asia even trump those experienced by the Rohingyas. A report produced by The Heritage Foundation states that there are countless young girls in Cambodia sold for virginity by none other than their own parents. The severe sex trafficking in these Southeast Asian countries reflect their lack of anti-trafficking task forces and stable socioeconomic circumstances, as explained in the Heritage Foundation report. An obvious example is the island nation of Singapore with one of the lowest human trafficking rates in Asia, the phenomenon of which can be attributed to its well-regulated legal and economic infrastructure.

In the Indian subcontinent, sex trafficking becomes more notorious because of its transnational and stigmatized nature. Anuradha Koirala is the founder of Maiti Nepal – an organization dedicated to protecting and saving girls from sex trafficking. Throughout the years, she has helped to rehabilitate countless young Nepali girls who had been sex trafficked into prostitution and then shunned by their family after being rescued. The problem of sex trafficking in South Asia breeds into its poverty and traces to its cultural attitude of treating women as second-class citizens or even commodities at its worst.