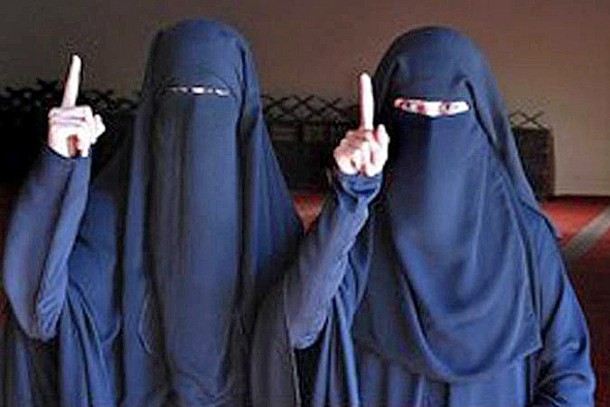 The Young Women Who Joined ISIS

Washington D.C. – As President Obama called on the international community to join in United States’ fight against ISIS – or simply the Islamic State – during his speech at the Pentagon this afternoon, he also stressed on the importance of creating better ideas to crush the twisted ideologies of this terrorist organization. With a rising number of Americans arrested for their plot to join ISIS, the U.S. has vowed to face the threat of homegrown terrorism with more strategies and techniques. Yet one aspect of homegrown terrorism has surprised everyone: it involved young, educated women fleeing their comfortable homes to become “jihadi brides” while raising many questions about women’s role in terrorism.

The relationship between women and terrorism has always been a hazy one. On the one hand, women from war-torn areas are often forced into terrorism through threats and violence. In some circumstances, female terrorists could be just as radical and bloodthirsty as their male counterparts. In the ever enflaming situation caused by the terrorist organization ISIS, women, and especially young women, played an increasingly consequential role in the seamless radicalization, recruitment and maintenance of the self-proclaimed caliphate.

The phenomenon of young Western women leaving behind a life of comfort and stability to join ISIS has been gripping global media and counter-terrorism organizations’ attention since last year. What struck the authorities was the rising number of women who have willingly gone to Syria for what they perceive as the “righteous jihad.” But society at large is at once bewildered and alarmed by the young age of these women who somehow have become so radicalized as to plunge into war zones with enthusiasm.

Most of these young women age between 14 to 18, with some of them as young as 13, were recruited over social media by none other than their peers who had done the same trip themselves. These experienced jihadi wives portray Syria as a land of pure Islamic faith and invoke a sense of romanticism in the war and “warriors” who have been heroically waging the jihad. Though once found only on Twitter, Facebook and blogs, these propaganda messages generated via social media has successfully tapped into a mix of emotions experienced by disengaged Muslims living in the West who feel socially and culturally misunderstood by the mainstream society.

However, it wouldn’t take long for these self-perceived “lofty” dreams to be crushed. Though many had dreamed of taking up arms to become a martyr of the cause, most of these young women end up solely as sex and childbearing objects. The reality of life in a conflict-ridden society where electricity and water run intermittently and material shortage contrasts sharply with their previous lives also belies the romantic vision of Syria as a holy land in the Middle East.

Yet despite the gruesome realities that propelled some to voice their “discontent” on social media, the flocks of young women willing to make the trip have not stopped. According to Al Arabiya News, there had been a sharp increase in the number of women leaving Germany to join ISIS. Similar situations in France and Austria have also caused worries for authorities whether the West has been remiss concerning the insurgents’ ideological infiltration.

At a time when the Greek economy reminds the world of a recession that happened not too long ago, ISIS holds fascination for the young people who crave adventures and feel disenfranchised in a society driven by materialism. The twisted ideologies of ISIS luring young women to either act as jihadi brides or stealth weapons for terrorist activities will not prevail, not before Western governments present better environments for Muslim integrations and more comprehensive strategies to fight back radical recruitment.