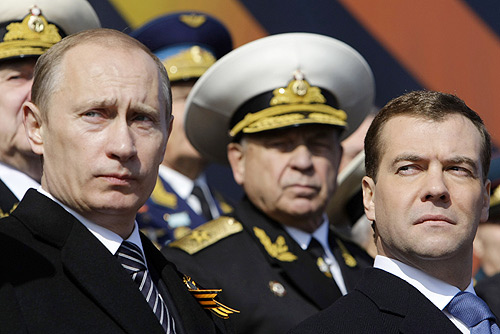 Return of the Romanovs

Strange things are afoot once again in Russia. Putin is invoking a Soviet style political atmosphere across the Russia Federation, from his Kremlin centric personality cult to a Cold War driven foreign policy. Nevertheless, plans are allegedly in place to reinstate the antithesis of all the Bolshevik Revolution was meant to stand for: the Romanovs could be back.

The return of the Romanovs is on the horizons and, if reports are to be believed, this is not out of the realm of possibility. There have been mutterings in the last couple of months from Kremlin sources that Putin has given his blessing to such a move. Putin, who enjoys popularity among the Russian population in the high 70s, hopes to use the reintroduction of the Tsar as a unifying symbol. This is because, despite his high approval ratings, his popularity is stagnating as economic conditions worsen. Western sanctions imposed over conflict in Eastern Ukraine have seen a contraction in the economy by 2.2% and living standards have suffered.

The lawmaker who is planning to initiate legislation to bring the Tsar back to power is Vladimir Petrov, a politician from Putin’s United Russia party. The proposals have been leaked from a letter by Petrov to the Grand Duchess Maria Vladimirovna and Prince Dimitri Romanovic.

“At the present time, a difficult process is underway of restoring Russia’s might and of returning its international influence,” Petrov wrote. “I am certain that during such an important historical moment, members of the Romanov imperial house cannot remain aside from the processes that go on in Russia.”

Its not just the war and sagging economic conditions that have brought about the debate on the monarchy, but also convenience. For many years the claims to the Russian throne have been polarised between two warring factions. Even though neither have made serious political moves it has been an awkward reality for monarchists to deal with.

On one side was Nicholas Romanovich Romanov who claimed headship of the Romanov family and thus the titles of pretender to the Russian throne. Yet, his claim was disputed because his parents’ marriage violated the laws of Imperial Russia with Maria Maria Vladimirovna officially recognised as the would be Tsar. Fortunately for Putin, the dispute is now over after the death of Nicholas last September. This has paved the way for a cleaner pathway to bringing the royal family back into the political framework.

Despite this, it is unclear to what extent the reinstatement of the monarchy would truly act as a catalyst of unity in Russia. After all, research by the All-Russian Centre for public opinion shows barely 30% of Russians support while over 65% want the Tsars to remain in the past.

Instead, the more realistic outcome of this fledgling debate on the future of the Russian Tsar is alternative proposals drawn up by Vladimir Petrov. In this instance, the lawmaker aims to give the Romanov Family special legal status and exemptions to give them a privileged position within society without constitutional status. If this seems a slightly tedious outcome for a controversial debate from the President who rides bears topless, do not fret; the Romanovs would be granted a palace in the heart of Russian occupied Crimea as a symbol of the Russification that is currently on-going in the Ukrainian territory.