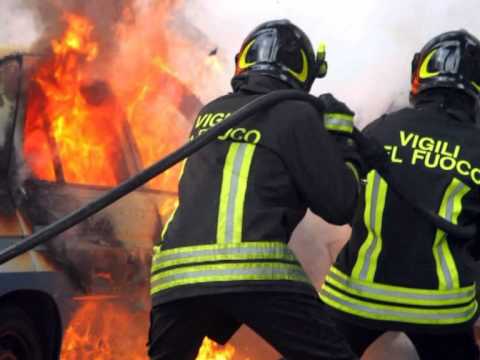 Interview: What It Means to Be a Firefighter

A firefighter is a person who, without using any weapons, takes care of the safety of people, animals, buildings, cropped land, valuable personal property, and intervenes for prevention, cases of emergency and rescue.

R.C. (he prefers not to reveal his identity due to privacy concerns) explains to us what being a member of a fire brigade is like, and what type of experiences it entails.

What pushed you towards this path for your future when you were a young man?

I have always admired the dedication of firefighters who put themselves at the service of others, offering their experience and skills. This is what made me choose this path – the satisfaction stemming from being useful to other people, and sometimes being even essential for their survival.

What features are required for this profession?
Deftness and physical strength… Of course, clear thinking, creativity, altruism and sense of responsibility.

Which kind of sacrifices does the choice of this profession imply?
Keeping fit is absolutely necessary, as well as always being vigilant and willing to devote to work most of the day, since our shifts are 12 hour-long or 24 hour-long and include training, maintenance and interventions.

What would you say to a young man who has decided to take the same path you took?
I would advise him not to choose this job because of the money.
You must really believe in what you’re doing, you need to feel it – as if it were some kind of call.

What is the riskiest situation you have had to face so far?
A fire in a barn. Two horses were stuck inside, tied, surrounded by flames and terrified.
The owner had breathed so much smoke in while trying to set them free that he had fainted. The fire had crept everywhere and invaded the barn. I was struggling for their safety and for my own safety. Succeeding in saving us all gave me the most intense feeling this job has ever given me.

How can a person with no particular competence in this field be helpful in case of an emergency, while waiting for firefighters?
If it is an emergency taking place somewhere on the Italian territory, then the only thing they should do is calling 115 (firefighters emergency number in Italy) and following the instructions given on the phone by the fire brigade.

What are the most common mistakes people tend to make in case of an emergency?
When the emergency is a household fire, people often tend to open doors and windows, believing it may help. However, the extra oxygen only stokes up the fire. Doors and windows should be shut, instead, not opened.

Have the years you have spent working as a firefighter changed the way you feel right before intervening in a situation of emergency?

No, they haven’t. I only feel more confident and more aware of my surroundings and possibilities.
There’s always a surge of adrenaline mixed with fear.

What does saving a person’s life feel like?
It’s omnipotence, happiness, fear, gratitude all combined together.
You know that if it weren’t for you, that person wouldn’t make it… It is such a huge burden and such a joy at the same time, that you can’t help feeling overwhelmed.

Have you got a particular memory you would like to share?
There had been a car accident on the motorway, a rear-ending involving two cars. In one of them there was a family travelling: a mother, a father and a new-born baby boy. When the two cars had collided, the parents had died because of the impact and the boy had been thrown out of the vehicle. We spent several minutes looking for him. When I finally found him under the car,
unscathed, and I took him in my arms to pull him out, I was extremely moved.
The only thing I could think of, in between the tears, was that I had saved him, I had made him live.

R.C. is now 36 years old and has been working for the fire brigade of Salerno, Italy, for 11 years.