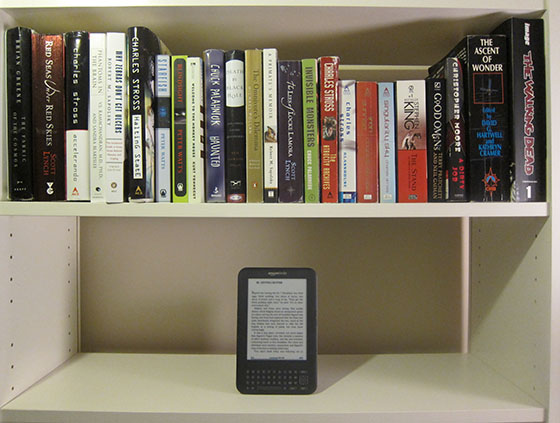 The Ups and Downs of Literature

At its peak, literature had so much to offer to its multitude of readers. Originality. Captivating plots. Story-driven characters. New genres still to be explored. But now it has become nothing more than an enhanced gossip column squeezed into a paper-thin Amazon Kindle. It truly has lost its authenticity and mystic aspects which made literature so exciting.

Fair enough, in the beginning was not exactly what we refer to as ‘classic’ literature. It was mainly Ancient Egyptian and Sumerian poems and tales, made not to captivate the masses, but instead provide light entertainment to the seriousness and hostility in those much darker times. Many were also comprised of religious hymns and other sacred texts. They were most definitely meaningful, but in the 4th millennium B.C. you cannot expect the kind of authorship explored by the likes of Geoffrey Chaucer or William Shakespeare.

Many centuries passed, and with the changing times and ages, so too did literary thinking. It was during the Medieval era of literature that it became more reliant on technique and tone, rather than lightly entertaining texts which required minimal thinking and attention. Yet many aspects of literature remained, such as the strong religious influence. The Holy Bible was first translated into English in the 1380’s by Oxford scholar John Wycliffe, and this marked a milestone for both literature and Christianity itself, as the Western world now could become more engaged with their religion and its values, only strengthening religious input in literature, with the Bible becoming the best-selling book of all time, selling over 5 billion copies worldwide as of yet.

The medieval period of literature also introduced Chaucer and his elusive ‘The Canterbury Tales’: many tales written at the end of the 14th century, centering around a group of pilgrims sharing stories in order to win a free meal at an inn. Although it at first seems incredibly simple, it is referred to as Chaucer’s magnum opus, and a breakthrough in literature. Written in Middle English, ‘The Canterbury Tales’ was one of the first major texts not written in Latin or French, and also one of the first to integrate a more secular viewpoint in literature as well as a religious one, in a strictly religious society. For these reasons alone, the Medieval period of literature most definitely changed literary thinking from simple hymns and carols into a complex and thought-provoking piece of art.

Then came the Early Modern literature period, mainly dating the 16th and 17th centuries. Although many authors contributed greatly to literature in this period, perhaps the most iconic was Shakespeare. Now regarded as the world’s greatest writer and playwright, Shakespeare certainly cemented his mark in literature. From tragedies to comedies, to gender-less characters and poems, Shakespeare’s legacy seems infinite and there really is no need to even delve into it, for we all know his name and major plays and texts, which is more than can be said for writers in the 21st century.

The 19th century brought us Charles Dickens, who used literature as a political tool, to spread the message that the strict education and industrialization of Victorian England was detrimental to the destruction of love, innocence and morality. His books, most notably ‘Hard Times’ and ‘Great Expectations’ were first hand experiences from his childhood in Working Class England, as well as him witnessing the Upper Classes and the great differences as well as similarities between the two classes. This was a first for literature, and a technique still used to this day by many authors.

The 19th century also brought us Jane Austen, a literary genius and one of the most important literary figures in history. She was the first major female author, with many others before her being unsuccessful, such as Mary Ann Evans using the pseudonym ‘George Elliot’, and the Brontë family using pen names of their male neighbours, all to hide their gender to a male-orientated society. They knew that their books would not sell at all, or even be published by major companies, if they used their real names. However Jane Austen was the first to announce herself as a female, at first using the pen name ‘A Lady’ but later using her real name, and her romantic novels, ‘Pride and Prejudice’, ‘Sense and Sensibility’ and ‘Emma’ remain some of the most well-known and best selling novels of the 19th century. She was a landmark in literature, and although perhaps not intentionally, one of the biggest impacts on feminism.

Then comes the 21st century. After literature’s peak in the 19th and 20th century, it most certainly plummeted in the last century. In the new ‘digital era’, we are no longer captivated by texts, new or old, or at least nowhere near as much as we used to be. The latest iPhone 6s and Apple Watch is more interesting now than any book, in paper-back, hard-back or even in electronic form. We have been diverted from true creativity by the latest fad to grace our futuristic minds. Sadly the magic that was literature is dead and gone, but its legacy is forever.