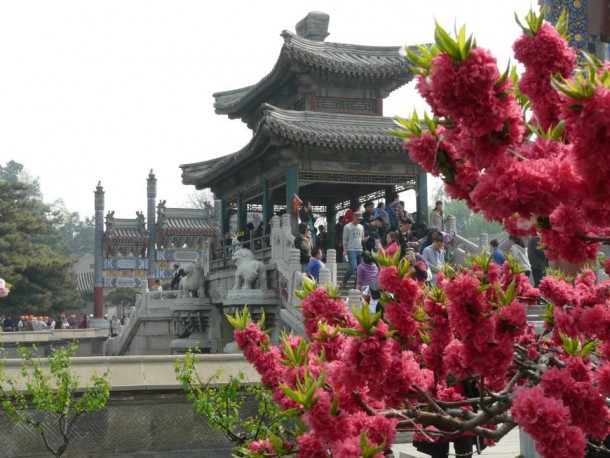 Paris, London, Brussels or Amsterdam; Chinese tourists can be seen everywhere around the major places and tourist attractions in Europe. In 2014, around 3.43 million Chinese went on a trip to Europe, the China National Tourism Administration said. With the recent economic crisis in China, the numbers of Chinese tourists visiting Europe might go down some analyst have predicted. This might mean an economic loss for the European tourism sector. But Ward Warmerdam, a researcher at a research institute in Amsterdam, does not think it will change all that fast. “The effects of the crisis are really exaggerated in the western media.”

In 2014, 107 million Chinese went on a trip outside their country, which is an increase of almost 20 percent compared to 2013. After Asia, Europe was their most favourite destination, according to the China National Tourism Administration.

Chinese stock markets have gone down since June and 24 August 2015 was by some labelled ‘Black Monday’.

Mr. Warmerdam replied to several questions on the relation between the economic crisis and the Chinese tourism industry.

Which part of Chinese society is mainly affected by China’s crisis at this point?

“Probably the middle class will be affected most. Though the effects of the crisis are really exaggerated in the western media. Slow growth in China doesn’t mean the economy is crumbling.”

In what way are they affected?

“The Chinese government is highly involved in managing the economy. There are very able experts in place who can implement regulations and stimuli in order to dampen and weather the effects of a crisis without having to go through time consuming political processes as would be the case in Europe. Potential impact on the middle class could be a slight wage decrease or at least no wage increase for a short period of time. Interest rates might rise to stimulate savings, meaning less is spent on purchases which require loans.”

What is the effect, if any, of the Chinese economic crisis on the tourism industry worldwide? Will Chinese tourists travel less or to different (cheaper) destinations or to the same destinations on a lower budget (cheaper hotels, less museum visits etc.)?

“Fewer Chinese tourists maybe, a brief return to the levels of 2012/13 maybe. The most wealthy are not likely to travel less. The middle class will indeed more likely choose cheaper/closer destinations. It might actually boost domestic tourism, if anything. Westerners to China? Not big. Chinese domestic tourism? Also not huge. Tourism in China is not the same as tourism in e.g. the Maldives or Thailand where tourism is a huge sector contributing a large proportion of GDP.”

China has a population of more than 1.3 billion people, so there seems still a lot of potential for growth in the tourism sector. How likely is it that the crisis will have a long term impact?

“Not likely at all! As stated above, the crisis is being exaggerated in the media. All we have to do is wait. Before long they will be spending even more than before.”

European tourist places are not likely to see a sharp drop in the numbers of Chinese travellers, according to Mr. Warmerdam. What more, with the potential for growth in the Chinese tourism sector the numbers might actually increase.