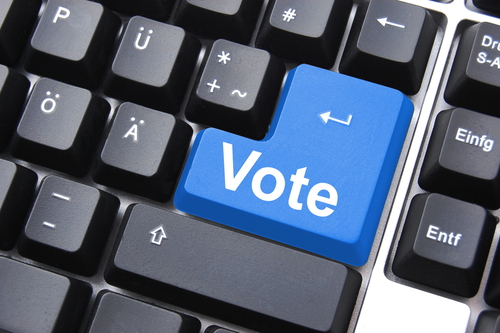 Online Voting and the Future of our Democracies

As the internet has evolved, the idea of online voting has gradually emerged as an alternative to physical voting at the ballot box. Have previous experiments with online voting proven successful? Do the potential risks of online voting outweigh the immediate advantages?

There are compelling arguments on both sides of the debate when it comes to online voting. The foremost advantage of online voting is seen to be the likely increase in voter participation in a time of growing disenfranchisement with the political process.

Campaign group WebRoots Democracy conducted a survey into online voting, with two-thirds of respondents stating that they would be more likely to vote in an election if they were able to vote on the internet.

WebRoots Democracy also conducted a wider study into the issue and concluded that online voting would cut the cost of elections by close to US$4 per vote whilst also decreasing the number of intentionally invalid votes.

However, many of the disadvantages of online voting are particularly concerning. Many opponents cite the potential lack of trust in the results produced by online voting, even though there has not been any notable hacking attempts in previous trials with this technology.

Harvard’s cyber law department conducted a report into the security risks of online voting in Switzerland and reached the following conclusion, “It is reasonable to assume that the systems will be exposed to higher numbers of attempted attacks and manipulation as the use of e-voting becomes more widespread”.

Potential glitches in online services and the general security concerns around online voting has led experts to loudly campaign against the wider implementation of this option.

Jason Kitcat, developer of free online voting service GNU.FREE, stated, “I came to the conclusion, now shared by most computer scientists, that e-voting cannot be delivered securely and reliably with current technology”.

“We have always observed serious flaws in the security and reliability of the systems used”, Kitcat said, “We have found problems every single time (with online voting)”.

The most notable example of online voting is in Estonia, where the last several general elections have utilized on this alternative to physical voting. First implemented in 2007, Estonian voters could use their national ID card and a portable electronic card reader to authenticate their identity and vote online during the advance voting period.

During the several trials of this technology in Estonia, no major disruptions were recorded by local authorities. However, it seems many Estonian voters were hesitant to engage with with newly-adopted system, and opted against using online voting as only 5.4% of them bothered to use the system.

Whilst the issue of online voting will remain contentious as the future of our democracies may possibly depend on the status of this evolving technology, it seems that, at this stage, gambling with our political systems for the sake of convenience seems to be extremely unwise.