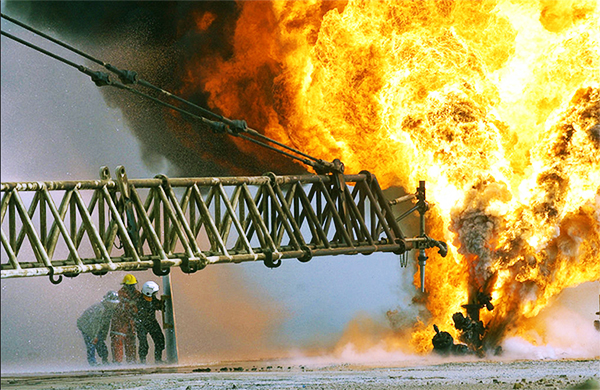 Canada (5th in production, 8th in consumption) is living a golden era thanks to its Tar Sand oil in the Alberta Region. The UK Tar Sands Network, a leading campaigner, is against this exploitation, stressing how:

Already, millions of barrels of tar sands oil have been extracted from under the Canadian wilderness, producing three to four times more greenhouse gas emissions than conventional oil extraction and using enough natural gas every day to heat three million Canadian homes. Add to this the mass deforestation the project is causing and it becomes clear that the tar sands must be shut down if we are serious about tackling disastrous climate change. 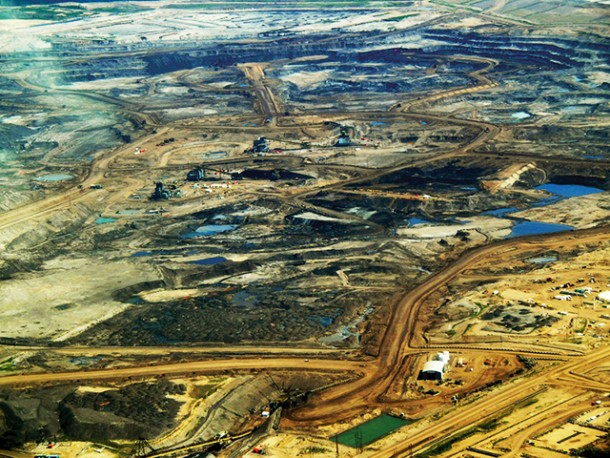 Tar sands in Alberta in 2008, by Ajaxfiore

Mexico (10th in production and 11th in consumption) deeply relies on petroleum, through its state-owned company Pemex. The blue-water Gulf of Mexico has been the ground of two of the largest spills in the history. If Pemax is behind the Ixtoc I disaster in 1979, the British BP is responsible for largest accidental marine oil spill in the history of the petroleum industry, the Deepwater Horizon oil spill. 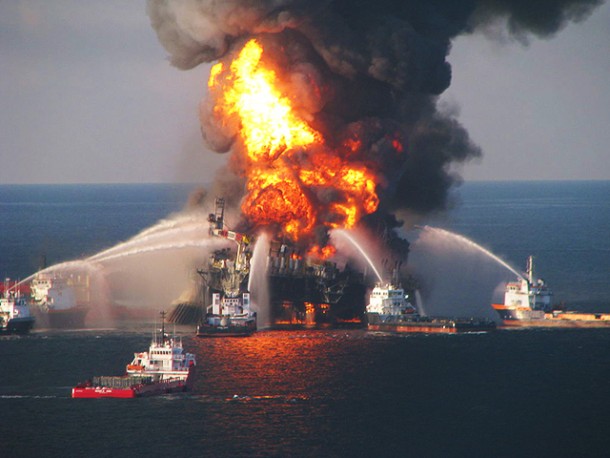 The Deepwater Horizon rig on fire

We already talked about the history of drillings, toxic waste, bribery and international lawsuits which have tainted Ecuador.

Venezuela, even though not a top consumer, is the 12th producer worldwide, and a great exporter, with the USA as a main customer. Moreover, the proven oil reserves in Venezuela are recognized as the largest in the world, totaling 297 billion barrels. These huge resources are completely controlled by the state-owned PDVSA, which act as a cash-cow, financing the Bolivarian Mission of the State, and hiring only political supporters of the president.

Last, but not least, the Brazil (9th producer, 6th consumer). Scandals and mismanagement of the state company Petrobras run straight to the top of the country. The current president Dilma Rousseff, perhaps due to a random coincidence, is the former Minister of Energy, and was part of the board of directors of Petrobras from 2003 to 2010. Of course, the Brazil oil giant is not only tainting the economy and politics of the country, but also its waters, as described in another thorough feature of The Guardian, titled “Brazil’s Troubled Waters“.

The Africa and the Middle-East

The situation in Africa is radically different. The continent, as a whole, has been historically unable to profit from his huge natural resources, while being the major ground of colonialism and civil wars throughout the ages.

Let’s take the example of Libya. Output in Libya, holder of Africa’s largest crude reserves, has been hampered by inadequate security and maintenance as well as power outages,  as the conflict in the divided North African country cuts electricity supply at the oil fields. Libya produced about 1.6 million barrels a day until the 2011 rebellion that ended colonel Gaddafi’s 42-year rule. The country is today the smallest producer in the OPEC, with the output cut to a fourth of capacity.

Nigeria‘s case is even clearer and louder. The core of its production is the delta of the Niger river, which has been the center of an international controversy over devastating pollution and ecocide, kleptocracy (notably by the Abacha regime), and human rights violations. One of the major actors in these scandals is once again Royal Dutch Shell, involved in both oil spill cases and cooperation in human rights abuses perpetrated by Nigerian military militias. Estimates suggest that 1,000 people are still killed every year. While Nigeria’s oil revenue has totaled $340 billion in exports since the 1970s and it’s a top-15 producer, 70% of its population live on less than $1 a day, and 43% have no access to clean water. Though Nigeria is a major oil exporter, it imports most of its gasoline, and when fuel subsidies were lifted in January 2012, fuel increased from roughly $1.70 per gallon to $3.50. Nigeria seems to be well set up, as it produces a form of oil ideal for the United States, has huge reserves, and has increased its production to 2.8 million barrels of oil a day. 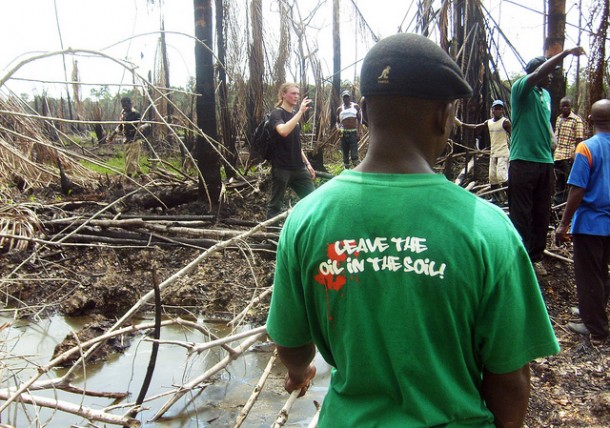 The Middle East and the Persian Gulf countries clearly represent the major concentration of oil power worldwide, after the USA. If OPEC states altogether detain the 81% of the globe’s crude oil reserves, in turn Saudi Arabia (22.1%), Iran (13.1%), Iraq (11.9%), Kuwait (8.4%), UAE (8.1%) and Quatar (2.1%) detain the 65.7% of OPEC reserves.  The 1965-1985 explosive growth in this area was facilitated by the dramatic rise in oil prices, which were related to the 1973 Arab-Israeli War and the 1979 Iranian Revolution. Severe environmental impacts followed the 1991 Gulf war, such oil spills and the so-called “Kuwait fires“,  as Iraq sat on fire an incredible amount of wells across both the Iraq and Kuwait during its “scorched earth” tactic, in order to hamper the advance of Coalition forces led by the USA. 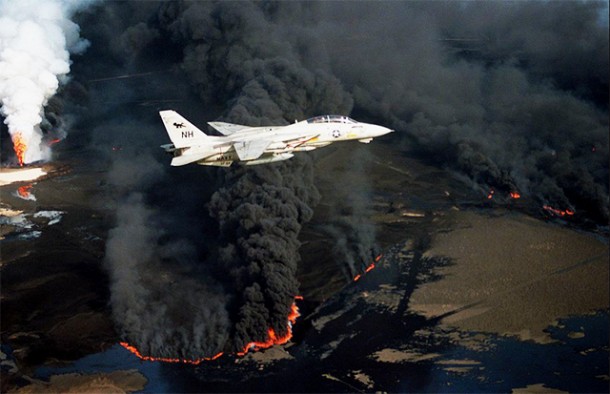 The Kuwaiti oil fires were not just limited to burning oil wells, one of which is seen here in the background, but burning “oil lakes”, by USDefenseImagery

The Rest of the World

In Europe, the oil production is mainly offshore. Among the EU28, the UK and Denmark are leading. Though, Norway, part of the EFTA but not EU, is by far the greatest producer in the geographic area, and also a positive example of revenues reinvestment. Russia and China would deserve two features apart. Their political set up and the immense resources, create dynamics not comparable with any other country. Their devastating environmental impact can be analyzed in a feature by Greenpeace for Russia and one by The Diplomat for China.