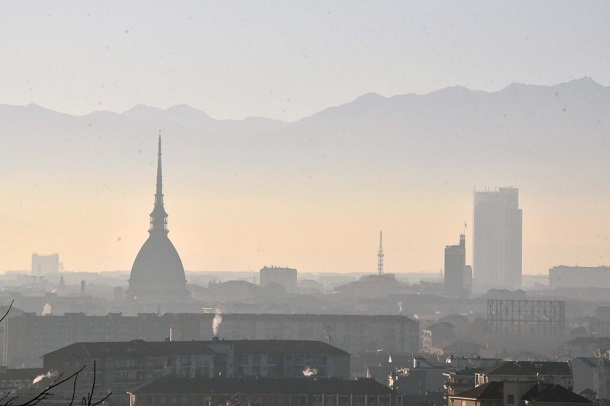 Italy Cursed with Sunny Weather: Pollution Levels on the Rise

Italy´s long streak of good weather comes as a curse rather than a bliss in these last days of December: Certain areas of the Po plain in the North of the country have not seen any rain nor wind in more than 40 days, a phenomenon which makes the air stagnate and accumulate pollution particles. To make matters worse, the thick fog typical of the winter season has currently formed a cap over the region, which drives pollution levels to dangerous peaks. 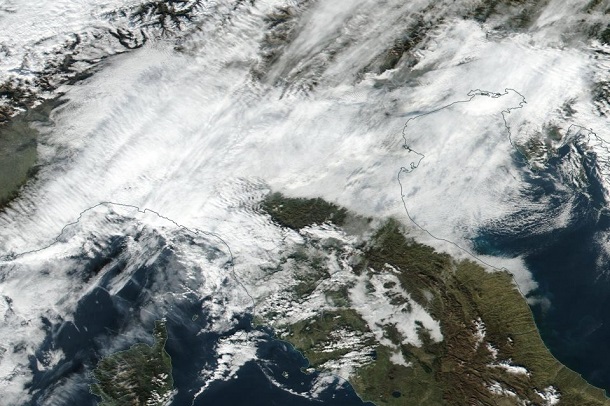 Another study by the Italian Health Ministry released in June 2015 shows that pollution cuts life expectancy by up to 10 months per capita, but the data varies significantly depending on the region: In the North the difference is 14 months, in the Center 6.6 months and in the South 5.7 months.

The research called VIIAS (Integrated Evaluation on the Impact of Pollution on the Environment and on Public Health), reveals that up to 29% of the Italian population lives in areas where pollution levels are constantly above the legal threshold. It also establishes that toxic emissions are linked to the increase in three types of potentially lethal diseases: cardiovascular conditions like heart attacks and ictuses, respiratory diseases such as chronic bronchitis and bronchial asthma, and certain types of cancer.

A third study published in January 2015 by Legambiente, the biggest non-profit environmental organization on the Italian territory, classifies the most polluted cities in the country and shows how some of them have violated the legal threshold imposed by European law by up to 3 times.

According to European air quality standards, a city cannot surpass the limit of 50mg of PM10 particles for more than 35 days in a year. But the most polluted city in Italy, Frosinone (90km south of Rome), has exceeded that limit during 110 days in 2014. Honorable mentions go to Alessandria and Turin in the Northeast with 86 and 77 days, Milan (68 days last year and 97 in 2015), Palermo, Sicily (65) and the Capital itself (49 days). Overall, the urban areas around Milan, Turin and Venice are the most problematic. 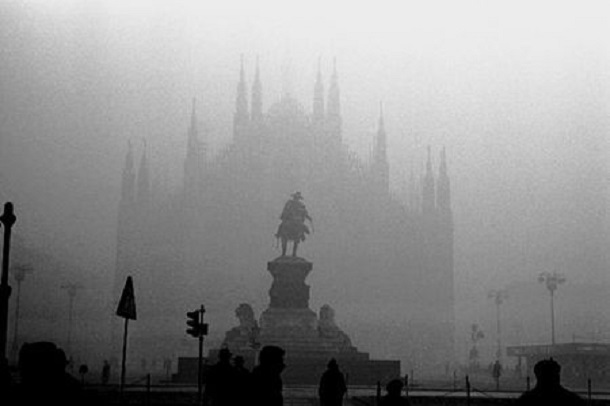 The Duomo Square in Milan Covered in Fog and Smog

Legambiente identifies urban traffic and burning materials like wood and pellet for heating purposes as the main causes of the phenomenon. And the absence of rain and wind, that can at least temporarily “clean” the air, has transformed the problem in a full-on health crises.

Various cities across the country had to respond to the emergency over the course of the past days, but very little effort was made in terms of coordinating the action. Milan and 13 other neighboring towns part of the conglomeration have announced a three day total block of traffic from 10 am to 4 pm from December 28 to December 30.

But other cities have taken much lighter measures: in Rome only cars with license plates ending with an even number were allowed to circulate on December 28, while only odd-numbered license plates could drive on December 29. Turin has only adopted a measure to temporarily reduce the prices of public transport tickets and other cities have not responded in any way to the situation. 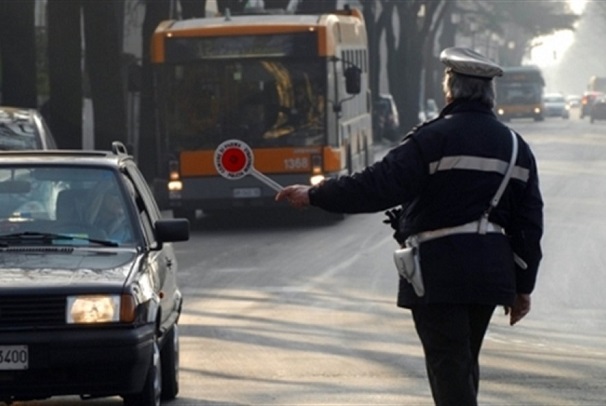 The inequality of reactions among different cities has sparked a political controversy, with some municipalities pointing the finger to the region, regional councils blaming Rome and some even going all the way up to Brussels.

The President of the Lombardy Region Roberto Maroni has criticized the lack of coordination with the other regions in the country, insisting on the necessity to formulate a long-term plan to improve air quality standards in Northern Italy. He also proposed that program should eventually be submitted to the European Union in order to ask for emergency funding.

The Minister of the Environment Gian Luca Galletti has called for an extraordinary meeting of Italy´s regional presidents and the mayors of the country´s main cities on December 30, that will clarify which initiatives were successful and could be implemented in the future, as well as establish a plan focused on the development of green public transport in the most endangered urban areas.

But the results of the traffic blocks so far have not lived up to the expectations, as it appears that pollution levels have decreased only slightly in the past three days and are still above the limit in many cities. Members of environmental organizations have condemned both the regions and the government, declaring these short-term solution ineffective and stressing the importance of a more comprehensive and coordinated plan in order to put an end to the crisis.