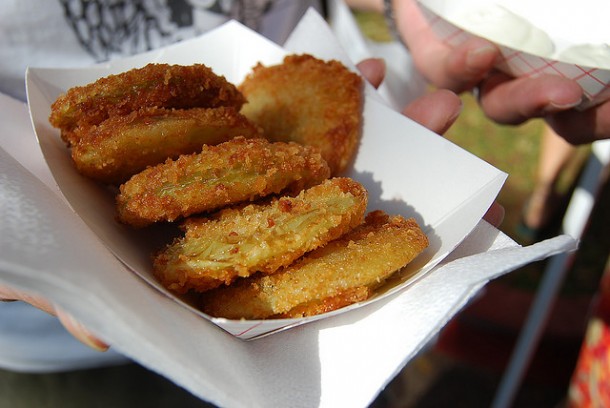 The Southern Foods You Have to Try

When traveling far from home, one thing often missed and unavailable is the food we grew up on.

Filipinos miss pata and tuyo. French Canadians, poutine. Britons miss Yorkie bars, and Kenyans their nyama choma. As a US-American from the ‘Bible Belt’ of the South, I count myself among the expatriates lamenting lost food from home with all its diversity, flavour and sometimes strange nature.

McDonald’s may be synonymous with ‘American food’, but fried chicken is a close second. This tender white meat coated in flaky, greasy breading is practically the American flag of food. While fried chicken is certainly a staple for many across the southeast, there are heaps of other essential edibles you simply cannot skip when visiting that part of the world.

Yet another quintessential American brand to go global is Georgia-born Coca-Cola. The international soft drink found its start in the capital of the ‘Peach State’, Atlanta. The exact formula of Coke is alleged to be one of the best-kept secrets in the world, but the makeup of the Coca-Cola Cake is easy: Coke, cocoa, and enough sugar to consider scheduling a dentist appointment.

One restaurant chain is especially well-known in the area for its version of the dessert: Cracker Barrel. Touting country cookin’, their recipe is for a rich, moist and fudgy cake with a slight crisp to the frosting that only soda bicarbonate can produce. Try out the simple recipe found here.

It’s a bit of a joke in the States that Southerners will fry anything from Snickers bars and ice cream to pickles and entire sandwiches, but the truth of the matter is that frying foods is both a way of life and a great way to bring out the flavour in otherwise bland ingredients.

Okra is a green, woody seed pod part of a plant known in some parts as “ladies’ fingers.” Most often served sliced, fried in a buttermilk-based cornmeal batter, and seasoned with thyme and cayenne pepper, it is the perfect side to any main meal.

A similar batter is used for making fried green tomatoes — literally sliced and fried under-ripe tomatoes, not to be confused with the 1991 film of the same name. Crunchy on the outside and warm and soft on the inside, fried green tomatoes are used as both a side dish and a tasty addition to Po’ Boy sandwiches and true southern biscuits.

The best way I can describe a Southern biscuit to people who think it should be a cookie is to call it a scone, devoid of fruit, nuts or sugar and made instead with salt and lots of butter.

Biscuits are a versatile bread that can (and should) be eaten with every meal, either in the middle of your plate smothered with white sausage or red-eye gravy, or heaped in the middle of the family table with sides of jam, honey or apple butter. A lot of love and a little hard work go into making the sometimes crumbly, sometimes flaky dough depending on your region and milk preferences.

These little bites of heaven can be found anywhere in the South, from fast-food chains like Bojangles to local joints like Asheville, North Carolina’s Biscuit Head. No matter where you go in the Bible Belt, you’ll be singing the praises of this floury staple.

There are two important things to keep in mind when it comes to traveling through the South: first, when in doubt, ask a local. The famed ‘Southern Hospitality’ is an experience that will leave you feeling like you are a part of a family — a drawling, sometimes brawling family, but family nonetheless.

The second thing to remember is to try anything at least once. Don’t let the stereotypes and fears of greasy, fatty, or sugary Southern foods keep you from giving something like catfish and hushpuppies a go. You might only be there once, and even if you return, you’ll be the new authority amongst your friends back home on the real definition of a biscuit.