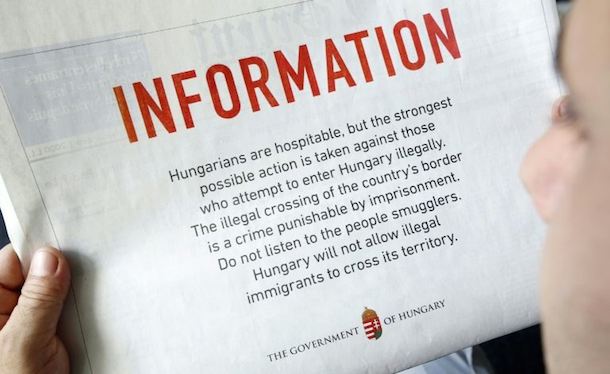 “Europe’s borders must be protected. We cannot be like a piece of cheese with holes in it so that they (immigrants) can be crossing in and out. Serious police and military steps must be taken and also steps that they would remain at home.”

Hungary’s Prime Minister Viktor Orban, seems quiet determined on how to save this “cheesy” Europe before its holes will expand and destroy it.

The right-wing state, taking example from Denmark – that earlier in September, printed adverts in four Lebanese newspapers warning that it had introduced tighter regulations and cuts in provisions for asylum seekers- posted ads in Lebanese and Jordanian papers, warning migrants not to enter Hungary illegally, saying it is a crime punishable by imprisonment. Hungary’s non-invitations were printed in a full-page announcement in several newspapers, including Lebanon’s leading An-Nahar and Jordan’s Al-rai, explaining that “the strongest possible action is taken” against people who attempt to enter Hungary illegally. In order to make sure that immigrants could understand the content of the ads, the Hungarian government message was written in both English and Arabic. 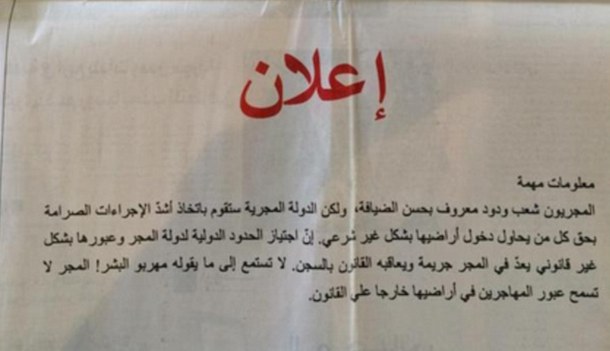 This ads purpose was to inform immigrants traveling to Hungary that, unlike what smugglers might tell, crossing the hungarian territory is not so easy. Hungary introduced tough new laws giving courts the power to jail people for up to three years for crossing its borders illegally, rising to five years if they damage its frontier fences.  As an additional security protocol to avoid immigrants invasions, Hungary has built a razor-wire fence along the entire length of its border with Serbia, and erected a barrier along the 41km of its border with Croatia. 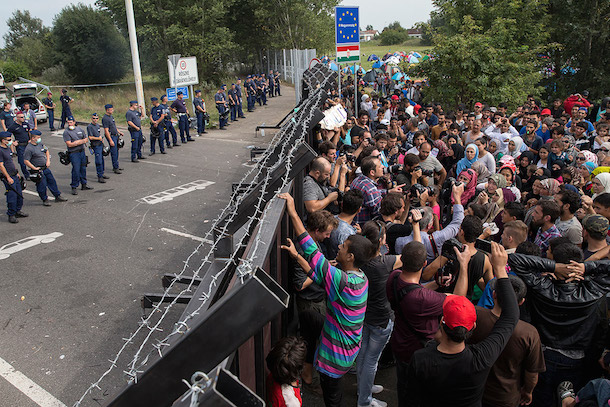 Hungary’s Prime Minister ensured his country by saying that he is willing to defend its population, which is struggling with unemployment, before opening its doors to ilegal immigrants who would enter the hungarian territory, take jobs before the local, exploit the social support systems and undermine public safety – since arrived without control.

Furthermore, to make sure that the local opinion will be taken into consideration, the Hungarian government will send eight million letters to Hungarians May 1 to seek their opinion about illegal immigration; questions the government will pose to the voting-age population include whether illegal immigrants should be taken into custody and deported as well as required to work during their stay to cover the expenses they incur for the state.

Hungary’s suggested measures would go against the EU regulations in force at present, but according to Mr. Orban, the current EU rules on immigrants are “ hamstring the member states, posing an obstacle rather than providing support,” according to Hungary’s Prime Minister, in fact, each state should decide itself how to curb the waves of illegal immigration.