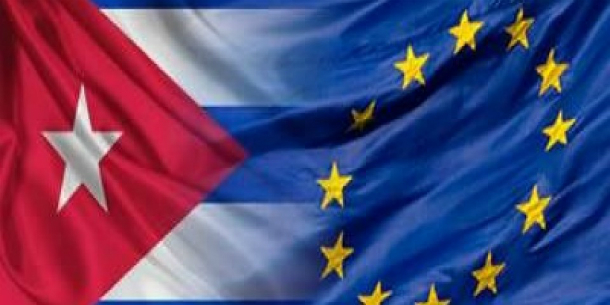 Make a note of the 25th June on the calendar. The reason for this date to be marked is that a very important meeting was held in Brussels, seeing delegates from the European Union and Cuba holding their first high-level human rights dialogue. In the context of EU’s position towards Cuba, the focus of the discussion was about the relations’ normalization, with an emphasis on EU’s concern with respect to the observance of human rights in the Island.

Certainly, this meeting disclosed EU and Cuba’s will to strengthen their relations in order to foster respect for human rights. Building trust through a frank discussion on substantial issues is the basis to enhance mutual understanding and develop cooperation. For this reason, such a constructive debate is the first goal reached by these two distant realities, which also agreed that dialogue should, in principle, take place annually. Their awareness towards the importance of covering all human rights issues, brought to the table by any of the parties, id definitely clear.

Universal human rights principles, objectives, standards, format as well as procedures were the overall themes of the dialogue. On one side there was Stavros Lambrinidis – EU Special Representative on Human Rights – heading the EU delegation, and on the other Mr Pedro Nuñez Mosquera – Director General for Multilateral Issues and International Law of the Cuban Ministry for Foreign Affairs – representing Cuba.

According to the initial MinRex (Ministero de Relaciones Exteriores)’s statement:

The Cuban representatives expressed their interest in allowing the dialogue to contribute to an effective, constructive and non-discriminatory treatment of human rights, based on full respect for sovereign equality, reciprocity, independence, free determination and non-interference in the internal affairs of the parties.

On one hand, considering leading principles such as universality, indivisibility and interdependence of human rights, the two parties shared their respective point of view on both the role of UN bodies on human rights and the Universal Periodic Review (UPR) mechanism of the UN Human Rights Council. On the other hand, objectives have been discussed and defined to be improving mutual understanding on human rights issues, exchanging experiences and best practices, and seeking to identify potential areas of cooperation between the EU and Cuba. Going deeper into issues’ details, gender and violence against women were discussed as well as children’s rights, health, education, freedom of expression and association, migration and rule of law. Also the sustainable development in the context of the post-2015 agenda was included, since nowadays it is commonly perceived to be a right to all intents and purposes.

The European Union and Cuba faced matters of mutual interest in order to identify potential fields for future discussion and cooperation, not only in the context of a bilateral forum but possibly also in a multilateral one. Will this EU-Cuba dialogue perhaps be the starting point for a wider-perspective meeting in future? Maybe it will, even if “future” may take a long time to come. Consider June 25 a step forward in the international dialogue for the time being.